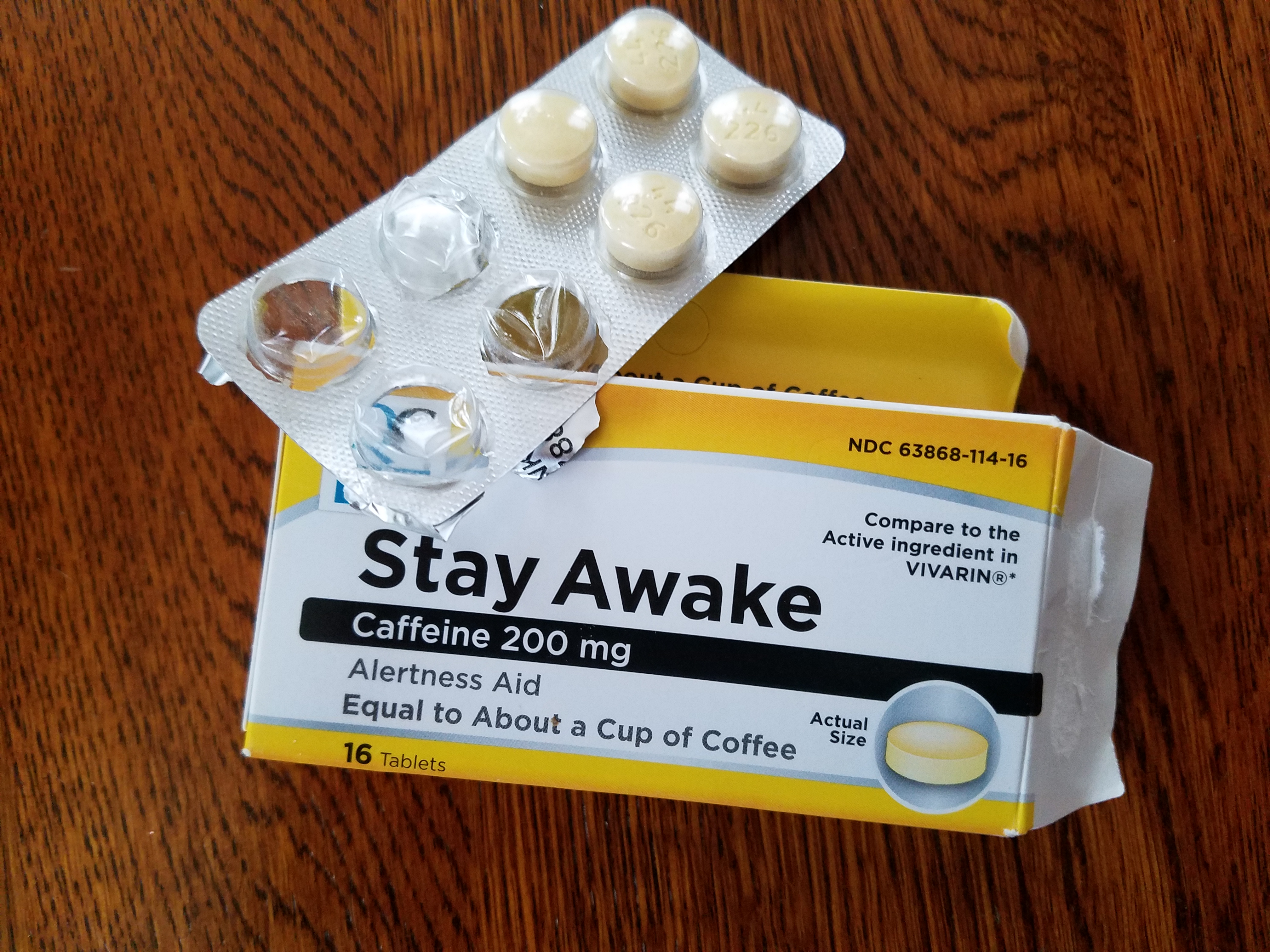 Not So Safe and Effective

I have finally figured it out.  I know now what caused the race-ending stomach pain at the Richmond Marathon in November.  And it wasn’t just the acidic, burning cauldron in my belly that sidelined me.

I didn’t even mention the lightheadedness and the palpable pounding of my heart in my chest at mile 14.  I never talked about that part because I didn’t want to scare my family.

The culprit was caffeine.

Caffeine is the most widely-used, legal performance-enhancing drug in the world.  If you race and do not use caffeine, you are putting yourself at a disadvantage from your competition.  In short, caffeine is safe and it works.

According to Matt Fitzgerald, a widely known sports nutritionist and marathon exert, “it appears caffeine enhances performance in shorter events by stimulating the nervous system in ways that enable the muscles to contract faster and more efficiently. In longer events, caffeine delays fatigue by reducing the athlete’s perception of effort. Specifically, it increases the concentration of hormone-like substances in the brain called endorphins during exercise. The endorphins affect mood state, reduce perception of pain, and create a sense of well-being.”

Delaying fatigue while reducing perception of effort and pain?  Sign me up!

As a coffee drinker, I have always had a cup of black coffee on the morning of a race, just like every other day of my adult life.  But I can’t drink too much liquid before a marathon because I don’t want to have to stop.  So one small cup is all I have.

A few weeks before Boston last year, I started learning more about caffeine and performance and learned that taking a caffeine pill 90 minutes before a race was the most effective way to get the right amount of caffeine into your body to maximize performance.  I also learned that the caffeine in coffee might not actually help with faster times.  Scientists aren’t exactly sure why, but it might have to do with some of the other components in coffee blocking the ergogenic effects.  For racing, getting caffeine in a pill is cheap, convenient and effective.

So I tested it out before race day.  At the time, I had only one more long run to go, so I practiced my race day routine and popped a 200mg caffeine pill 90 minutes before my long, easy run.  I had no issues.  No jitters, no heart racing, no stomach issues, no problem.

Then I tried it in Boston.  As you can read here in my race report, I was doing really well for 19 miles, on pace to break (or get really close to) a 3-hour marathon.  But the heat, wind, and hills finally did me in.  I only mentioned briefly how sick to my stomach I was feeling but it never occurred to me that it could be from caffeine that late in the race.  I was trying everything I could to not throw up for the last 6 miles. 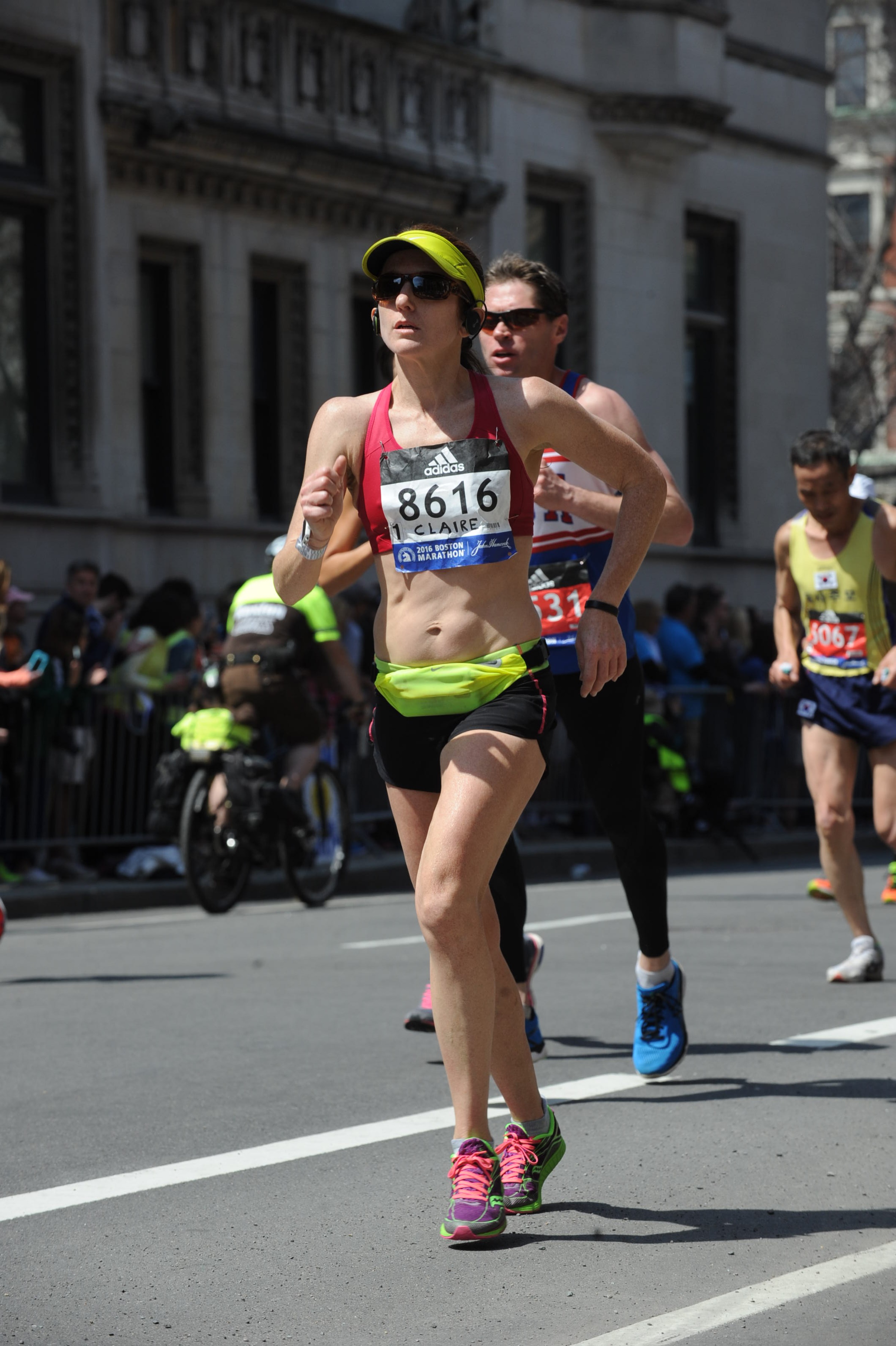 Barely lifting my feet up on Boylston, trying not to get sick.

I used the caffeine pills a few times before Richmond to practice everything for race day, but I don’t remember ever using them for a long, fast run.  I never bothered using them during hard workouts, because I didn’t want to overuse them.  I made a few caffeinated gels, but each one only had a quarter of the potency of a full pill, so I never felt any ill effects.

In Richmond, my stomach was nearly empty at the starting line due to several missed points in my pre-race plan, but I did remember to take the caffeine pill 90 minutes before the race.  When I took my first caffeinated gel at mile 4, my stomach instantly revolted.  I had thought I had made the gel too concentrated with salt, but I now know that wasn’t the real issue.

How did I figure out it was the caffeine pill?  Because the exact same thing happened to me on my last fast long run for this cycle.  Excruciating, burning sensation in my stomach.  Uneasy dizziness. Mild, but scary heart palpitations.

And it only happens when I’m running long and fast.

I decided to do some more research.

The effect of caffeine during high-intensity activity is dramatically different from its effect at rest or more moderate paces.  I naturally (and due to my training) have a low heart rate, so I am suspecting that at high intensity, or at sustained marathon pace, the caffeine was causing my heart to race much higher than it normally does.  So much so that I could actually feel it in my chest.

But how could I be taking too much?  I drink coffee every day!  I’m used to caffeine!  It’s safe!  It’s effective!

Not so fast.  On race day and on the day of my fast 22 miler, I drank my normal cup of coffee in the morning.  There’s no way to tell exactly how much caffeine is in a home-brewed cup of coffee, but it’s anywhere from 100-200mg in an 8-ounce cup.  Then I’d take the 200mg pill.  That means I could have been ingesting as much as 400mg of caffeine.  Is that a lot?

Most studies on caffeine have shown that a dose of 3-6mg/kilogram of body weight improves performance and higher doses do not produce better results.  I weigh about 50-52 kilos, so my optimum range is 150-312mg of caffeine.

The negative side effects of too much caffeine are nervousness, gastrointestinal distress, heart palpitations, dizziness or lightheadedness, vomiting, and rapid heart beat.  It’s been shown that caffeine reduces the amount of blood flow to the heart while exercising, which can be a particularly dangerous scenario for those with coronary disease or heart abnormalities.  It can be a compounding factor in the rare cases of heart-related deaths while running.

The over-caffeination of marathon runners is a fascinating topic as more and more companies produce gels, drinks, gums, and mints promising performance.  But there can be a downside that is not talked about much.  If you are curious, this is a very interesting article that surveyed marathon runners about how much caffeine they are ingesting for a race and the responses are staggering.

For my next race in Charleston, I will still drink a small (very small) cup of coffee when I wake up.  I’ve also been practicing with caffeine mints that only contain 40mg of caffeine and mainly get absorbed in the mouth, bypassing the digestive system.

It’s still a bit hard to wrap my head around the fact that a tiny pill that was supposed to make me go faster with less pain caused so much of it.  I suppose I can take some solace knowing that it was not lack of fitness that sabotaged my race.

It was lack of practice.