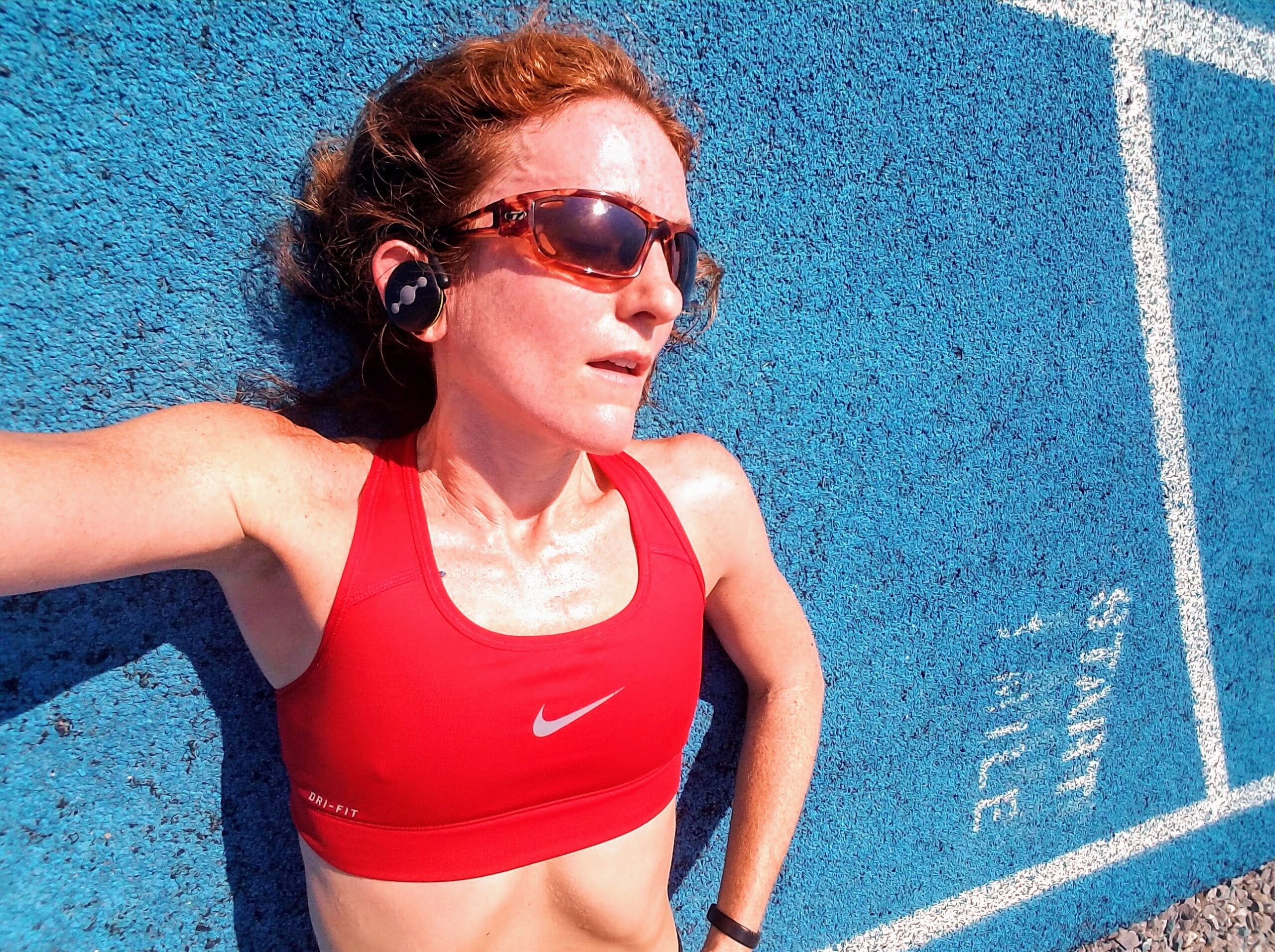 Hate Speedwork? Get Fast Without It

There are some runners I coach who hate speedwork.  They talk to me about dreading, hating, and agonizing about it.  Often they find ways to procrastinate, ignore, and avoid it.

But they still want to get faster.

Can you get faster without speedwork?

Some athletes I coach simply LOVE running fast.  In fact, I have to pull them back because they are always running their easy runs too fast or smashing every interval I give them.  Maybe that’s you, or maybe that used to be you.

And then there are some runners who love to run, and want to reach their goals, but the idea of a session at the track fills them with anxiety, dread, or even a bit of disgust.

One runner I coach couldn’t sleep the night before his speed day.

Do you hate your speed days, preferring your leisurely, no-pressure easy runs instead?

I mean, you are running because you enjoy it, at least on some level, right?  Life is stressful enough without adding running stress and let’s be honest, speed work is stressful by definition.

So can you avoid speed work all together and still get faster?  Well, yes.

Now before you get too excited about this amazing new running hack that I’m about to share with you, let’s get some perspective.  Reaching your peak fitness in endurance running involves the right combination of  long runs, easy days, speedwork, recovery, good nutrition, and good sleep.  Period, end of story, there is no hack or short cut to that.

And that’s one of the big attractions of running:  do the work, get the results.

But the key word in that formula is “peak.”  What if you just want to improve and aren’t worried about being your absolute very best right now?  Maybe you are new to running and just running a few miles at a supposedly easy pace that just isn’t easy, and the thought of going faster is terrifying.  Or what if you love running as a way to clear your head and stay in shape, but your life is full of other things that happily take other priorities.  Smashing out 400m intervals just isn’t at the top of the list.

Or maybe you’ve been a runner for a long time and have done your share of track ovals and you hated it then and you hate it now.

Can we just skip the speedwork already, Coach Claire?

And the answer is, of course you can!  This is your running journey and who am I to tell you that you have to spend Tuesday nights at the track with a Thursday tempo pub run and surges mixed into your Sunday long run week in and week out?  If you don’t want to do that, don’t do it!

Simply running on a consistent basis, whether that’s nearly every day or every other day, at a mainly easy pace is a fantastic habit to get into. A famous 2014 study concluded that even modest amounts of running, around 50 minutes a week total at about any pace, causes a 30 percent drop in all-cause mortality risk and an average increase of three years in lifespan compared to people who never run.

And your sedentary coworker that insists that running is bad for your knees?  Well, tell them that latest research actually says the opposite.  A 2018 study published in the Journal of Bone and Joint Surgery, actually found that veteran American marathoners had only half as much arthritis as non-runners, even after age 65.

So if you love to run and easy or moderate pace makes you happy, keep doing it!  Your body and your mind will thank you.

But will you get faster?

Well, in order to improve at anything you need to change the stimulus so  if you have been doing the same thing for a long time, you are unlikely to see better results.  But if you are new to running, simply running more even at an easy pace will make you a faster runner eventually, no speed sessions required.

And running more can help even veteran runners improve since  the more you run, the more efficient you will get at running, meaning you can run faster with less effort.  You’ll see your easy pace creep a little faster and before you know it, you’ll be home from your daily run sooner than before.

But obviously, adding volume only works to a point before you break down and some people find that point sooner than others.  And even if your body could handle hundreds of miles in a week, there’s only so much time in a day and I’m assuming you can’t or don’t want to spend all of your time running.

So what happens then?  Well you can choose to happily plateau where you are and simply be grateful that you can run as much as you do or you can change the stimulus.

And yes, that means adding a little speed.  But wait, before I lose you, I’m not talking about track workouts or grueling tempo runs.

Strides are short, quick bursts of speed at the end of an easy run..  They only last 20-30 seconds and you’ll typically want to do 4-6 of them and that’s it.  Nothing to fear, nothing to stress about, just fly down your street in front of your house at about 80-90% of all out effort, with excellent form.  Check the box and call it a day.  They are so short that you don’t need to spend a day recovering and they might even be, believe it or not, Speed-Haters, FUN!

Another way to sneak in some speed is to add hills to your runs.

You can either incorporate hills into your daily route, forgetting about pace and just keeping to your easy effort (meaning you’ll slow down) or you can do some hill repeats, either after your run like the strides, or in the middle of your run as a workout.

Pace is not important at all, just give it a good effort and run up the hill for 30-60 seconds, note where you reached on the hill, and walk or jog back down.  Repeat 6-10 times and try to hit that same spot on the hill.

So you’ll speed up without even realizing it.

Another great way to get faster without trying so hard is find a friend!  Running with others, whether they are slower or faster than you, decreases your perception of effort.

Science is not sure if it’s because you are distracted by your partner ‘s presence and therefore less focused on how much running hurts, or because in social settings you naturally try to measure up to those around you so you push back those thoughts of slowing down, but whatever it is,  running with others is scientifically proven to make you feel better than running alone.

Who knows, you might just find a great group of running buddies in your town that actually convince you to go to the track on Tuesday for a little speedwork (socially distanced, of course)… and I promise you, it will feel better than doing it alone.

And of course, as much as you’re trying to avoid it, the right dose of speed work will definitely make you faster.

But again, the thing that I want to stress is that running is much like yoga, a practice, so don’t let a specific kind of workout stress you out.

If you are intimidated by speedwork because you have never done it before or it’s a new kind of workout with paces you’ve never imagined before, I encourage you to give it a shot, judgement-free and see how it goes.

You don’t know how many athletes have said to me, “when I looked at the workout on paper I thought there was no way I could do that.  But I tried it, and I did it!”

There is no greater feeling than doing something hard well.

If it’s just a sense of nervousness you feel, just do your best and see what happens.

But if you’re at the point in your running life where intervals are just not your jam, that’s is perfectly fine.  Running at any pace with any regularity is what really matters, so make your running mesh with what brings you the most joy and if that’s not at the track, don’t stress about it.

Speedwork will certainly make you a faster runner in the right dose.  But don’t make yourself miserable if it’s making you miserable.  You’ll still be a runner without heading to the oval every week as long as you are still getting out there and running at your happy pace.

Ready to learn more? When you are ready to begin your plant-based running journey, let me know!