How Slow Running Can Make You Faster 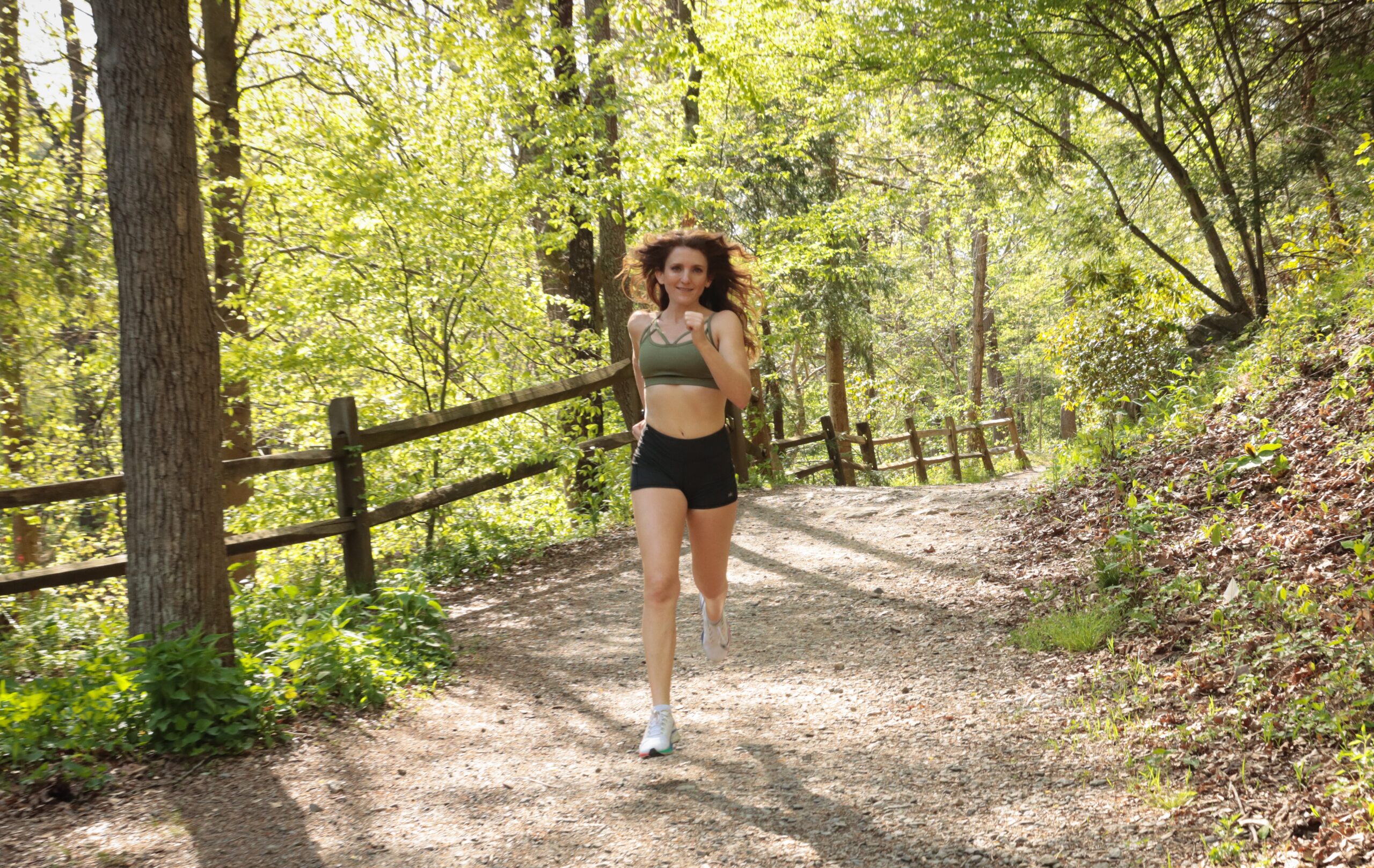 I know it sounds counterintuitive that slow running will make you faster, but it’s true. Convincing my athletes to slow down their easy runs is often the hardest thing I do as a coach!

So I’d like to explain the science behind the theory, as well as explain exactly how you do it.

One of the primary reasons to run slowly on your easy days and for most of your long runs is that slower running builds the aerobic system.  Let’s get into the science of what that is and why easy running is so important.

In order to exercise, your body needs to break down carbohydrate and convert it to glycogen so it can be used as energy or fuel.

With enough oxygen, the body will use the aerobic system, also known as aerobic glycolysis, to create energy or ATP to power endurance running.

When you breathe in, IF you are going slow enough, the body efficiently uses all the oxygen it needs to power the muscles, and then you exhale.

As you continue to run aerobically over time, your body gets better and better at using oxygen to make energy, which allows you to run faster when you want to.

And the reason having a great aerobic system is critical is because 85-99% of the energy needed to race any distance longer than 800 meters, comes from the aerobic system.

There is simply no better way to train the aerobic system than easy running.

These are the two major physiological developments that occur with aerobic training.  (There are several more, but let’s not get too bogged down in the science for now!)

Capillaries are tiny blood vessels and they help bring oxygen and nutrients to the muscle tissues while taking waste products out.

The more capillaries you have surrounding each muscle fiber, the faster you can transport oxygen and carbohydrate into your muscles.

Aerobic training, by running easy, increases the number of capillaries per muscle fiber.  This means your muscles get more oxygen and nutrients while waste products are removed faster.

With more oxygen and less waste, you can run faster.

Mitochondria are microscopic organelle found in your muscles’ cells that contribute to the production of ATP (energy).

The job of mitochondria is to break down carbohydrate, fat, and protein into usable energy, if there’s enough oxygen around.

The more mitochondria you have, and the greater their density, the more energy you can generate during exercise. That will enable you to run faster and longer!

Aerobic training increases both the number and the size of the mitochondria in your muscle fibers.

Okay, so we know that building the aerobic system allows us to run faster, but doesn’t it make more sense to make that happen faster by running faster everyday?

Unfortunately, it doesn’t work that way.

Not only will running faster result in diminished aerobic development, but it increases the chances of injury and overtraining.

Let’s look at why:

Scientific research has shown that peak capillary development happens between 60 and 75 percent of 5k pace. Faster running may actually inhibit the process.

And maximum mitochondrial development occurs when running at 55-75 % of 5k pace.

In other words, the optimal easy run pace for aerobic development is between 55 and 75 % of your 5k pace.

If you don’t know your 5k race pace, that’s okay.  Actual pacing on an easy run doesn’t have to be that complicated! More on that in just a minute.

But What If I’m Feeling Good and Want to Run Faster?

While the science is absolutely clear that running faster isn’t going to develop your aerobic system more rapidly, many runners wonder what’s the harm in running faster on those days you feel good?

The problem with that is the faster you run on your easy days, the more stress you place on the muscles, tendons, ligaments and bones.

On days where you are feeling fresh, it’s fun to go faster. But if your hips aren’t strong enough yet to handle the pace or the extra days of faster running, it wouldn’t be surprising if your IT band becomes inflamed, or your hamstring gets angry.

Even if your breathing is fine, you are setting yourself up for injury.

Besides building a big aerobic engine, easy days can help you recover from your hard workouts and run those speed days faster– but not if you run your easy days too fast.

After a speedy workout, your muscles will have micro-tears from the forceful contractions which happen at fast speeds.

These micro-tears cause muscle soreness, and make training the day after a hard workout extra hard.

The body heals these small micro-tears through the circulatory system, delivering oxygen and nutrients to the muscles that need repair.

When you run easy, oxygen and nutrients are delivered directly to the muscles used during running. That is why an easy run might be more beneficial than a complete rest day.

If you run easy enough, the stress and micro tears that result from running are virtually non-existent.  In other words, you don’t need a recovery day from your recovery run.

The Art of Running Slowly

Okay, by now, I hope I have convinced you with the science to slow down those easy runs.  How exactly do you do it?

My best advice is to run just like you would on a fast day, with great form and with quick light steps.  The only difference is that your stride gets shorter.  There really is no such thing as too slow on an easy day as long as you are not just out there shuffling.  You are still hopping from one foot to the next with each step.

Once you get the physical form of running easy down, the next thing to do is make sure your ego is on board.  Running slowly can feel somehow embarrassing, even though it shouldn’t.  It’s a necessary part of training and should be done with purpose and pride.

Confidence in your running ability will come when you train smart and see the results of your hard work.  It takes patience, but it’s well worth the effort.  If you’d like to not only run faster, but remain a runner for life, easy running, about 80% of the time, is the most proven way to get there.