In Defense of Self Defense 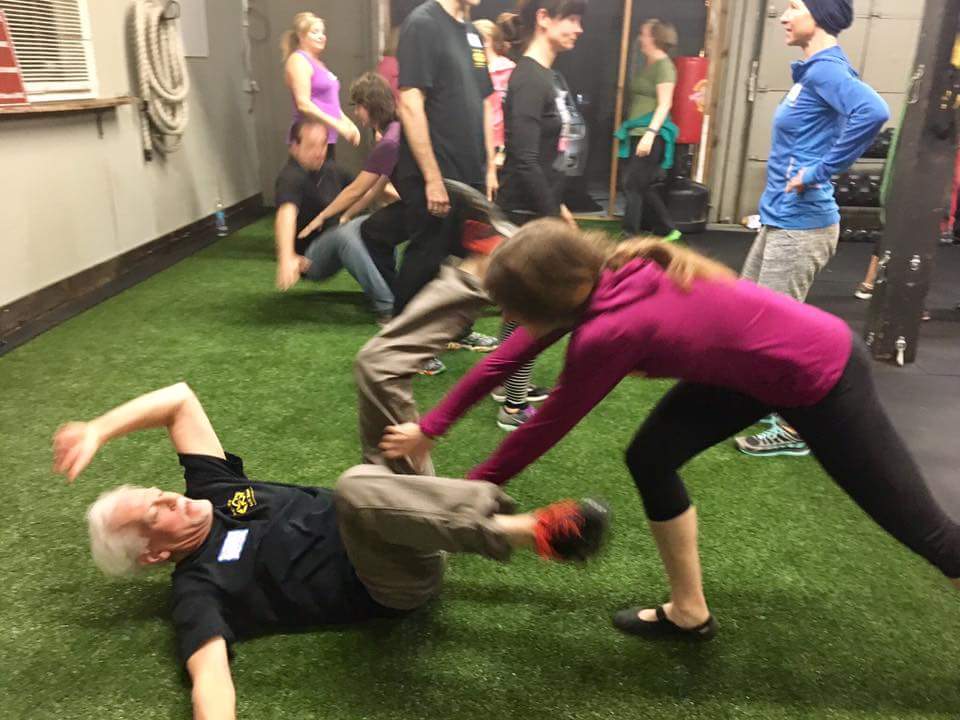 I run alone a lot.  Most of the time, in fact.  Being alone with my thoughts or fun music or a good podcast is one of the things that I most cherish about running.  I need that space and time to myself.

But unfortunately, there are people in the world that could see that as an opportunity to strike.  A woman alone, lost in thought in the woods or an empty park seems like an easy target to victimize.

Nevermind that the drive to the trail is far more dangerous that running it alone, the fear that evil is hiding out waiting to pounce keeps many runners, more often women, from even attempting a solo run.

(There are no great statistics of how many runners get assaulted every year, but the risk of getting attacked by a stranger in general is very low.)

When the rare attack does occur, women are bombarded with all sorts of advice on modifying our behavior to keep ourselves safe:  never run alone, always carry pepper spray, take a self-defense class.

We need to do something, right?

This advice is well meant, despite the fact the only behavior that needs modifying is the perpetrators’, not their targets.  Which is just maddening.

I will not give up running alone and I will not carry pepper spray in my hand every day.

But taking a self-defense class seemed like a great idea.

Especially after the recent attack on the Seattle runner who successfully fought back with techniques she had learned in a self-defense class.

So when a group of runners in my area organized a class, I signed up. 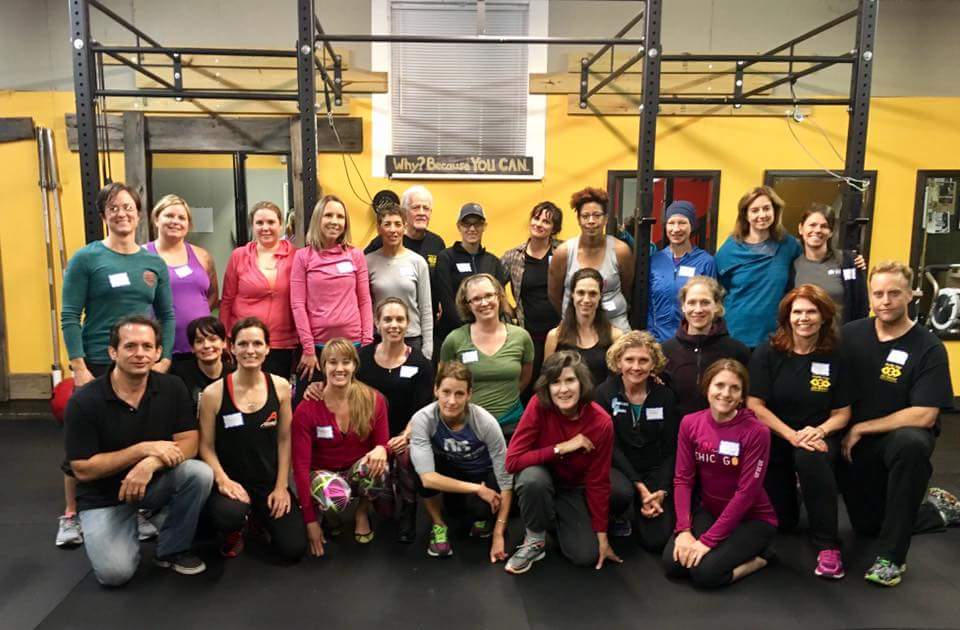 I first want to make it clear that self-defense is a last resort tactic.  I’m not going to use my newly-acquired techniques to fight off a person who stole my parking spot or gouge out the eyes of a redneck that catcalls as I run by.

These are skills to be done when you have no other choice.

Avoiding the altercation is the best defense.  But by avoiding, I do not mean avoid running alone all together.  Any time you are alone doing any activity–getting in an elevator, walking to your car at night after work, looking for your keys to unlock your front door–your guard is let down and you could be a potential target.

Our class was taught by Richard Howell, an 8th-degree black belt instructor at Double Edge Defense.  Richard made it clear that in a three-hour class, we would not suddenly become master Jedi fighters, able to withstand any attack in any situation, but we would be armed with some simple tools that could potentially save our lives, no matter how big our attacker was. 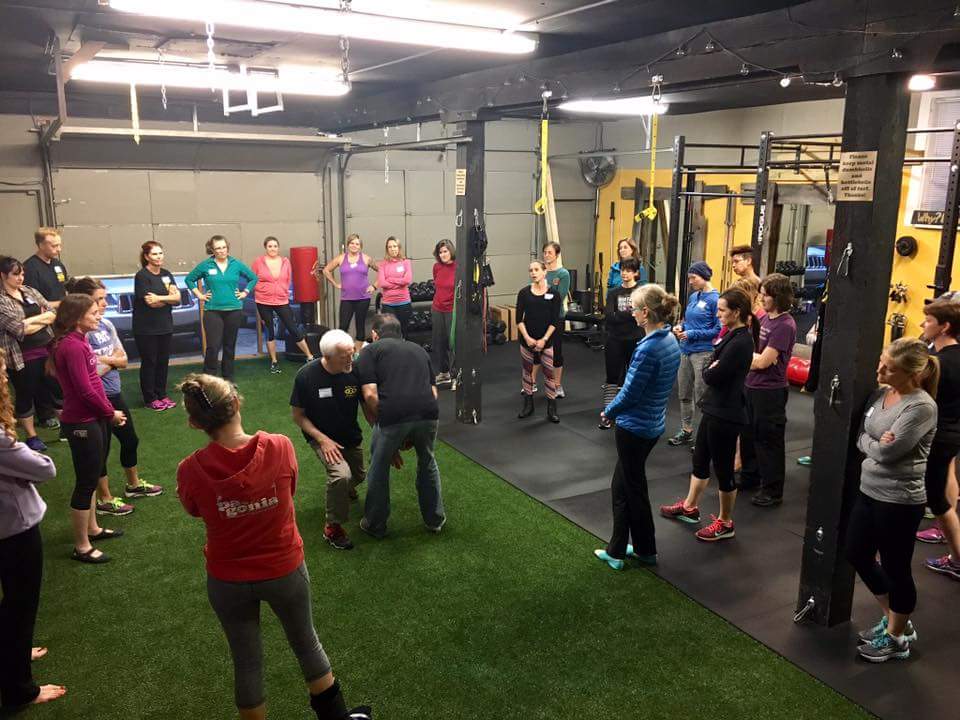 I’m not going to go into all the details of what we learned because you truly need to practice and learn from an expert in person.

But there are a few concepts that really made an impression on me.

Richard showed us how when humans are attacked at certain vulnerable spots, we react not with brain power, but with a spinal reflex.  Just like your hand will instinctively drop a burning-hot pot handle, you will also involuntarily move your hands to your injured eyes, throat, or groin to protect yourself.

Being able to predict where your attacker’s hands will move when injured could allow you enough precious seconds to escape. 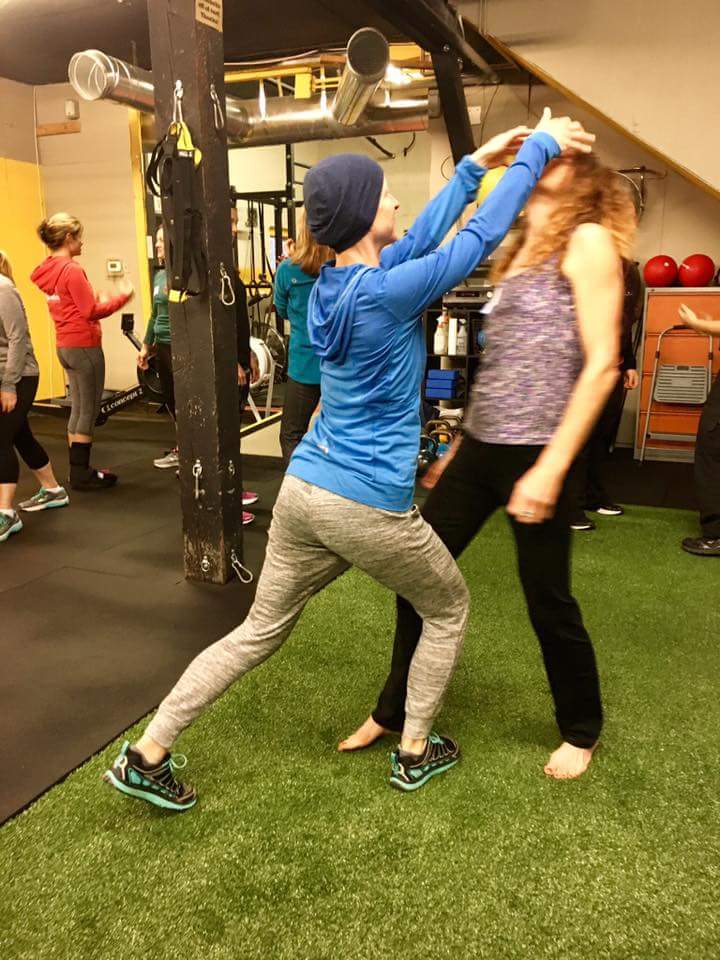 Another key point is using your bodyweight to your advantage.  As a small woman, my attacker could potentially weigh three times as I do.  How in the world could I escape that?

Well, not many people can stay upright when hit with a 115 pound wrecking ball, no matter how big they are.  The trick is you have to be close enough to the person to use your body as leverage and not just your arms.

Shortly after I took this class I mentioned how empowered I felt afterwards, being armed with a few simple tricks that I could use to defend myself if necessary.  I was surprised to get some pushback from some normally very supportive men who cautioned me about overconfidence.

Taking one class does not make me a master of martial arts, they warned, or prepared to win any altercation with any assailant.  Practicing in the safety of a classroom atmosphere does not prepare you for the unpredictability of the real world.

They are absolutely right.  These techniques need to be practiced regularly to become automatic.

And there are no guarantees.  If someone high on drugs ambushes me with a gun and has no problem taking my life for the fun of it, there’s probably not a whole lot I can do.

But I disagree with the overconfidence part.  There is no way that just because I know a good way to hit someone in the groin that I suddenly feel like Superwoman.  I’m still going to ignore and  run away from the catcallers and I’m still going to take a proactive look in the backseat of my car at night before getting in.

The confidence that I have gained will help me stand taller and project a message that I am not an easy target.

I hope to never, ever use a single technique that we learned that night.

But I know I could if I had to.

“I’m Too Slow” and Other Lies We Tell Ourselves

The Belly is the Real Window to the Soul