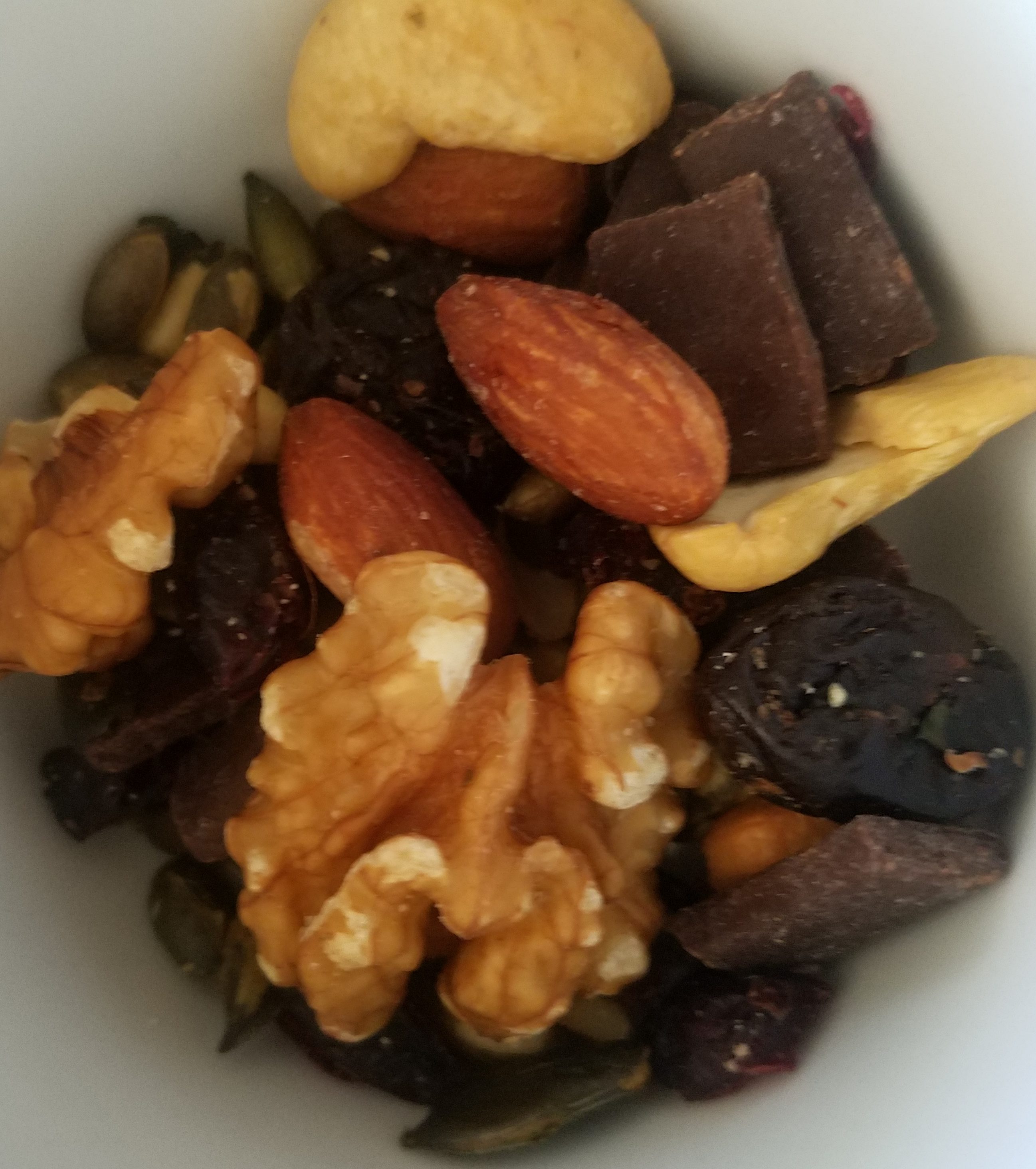 Order a salad in any restaurant and your enterprising, upselling server will inevitably ask you, “and what kind of protein would you like on that?”

The rude answer that I tend to say in my head is, “Every plant food has protein!  Stop believing it doesn’t!”

While I’ve politely learned not to blurt out smarty-pants things to unsuspecting strangers, learning about the protein content of plant foods is important to everyone who is trying to add more nutrition to their plates.

Protein, along with fat and carbohydrate, is an essential macro-nutrient, not a food.

Sure, some foods contain a higher percentage of one macro over another, but we can’t simply dissect the whole into its parts.

But we sure are fixated on trying, aren’t we?  If you wanted to, you could live like George Jetson, and pop pills and powders and shakes to get your scientifically-approved, nutritionally optimal intake.

So with the exception of the Jetsons, we don’t eat nutrients.  We eat food. 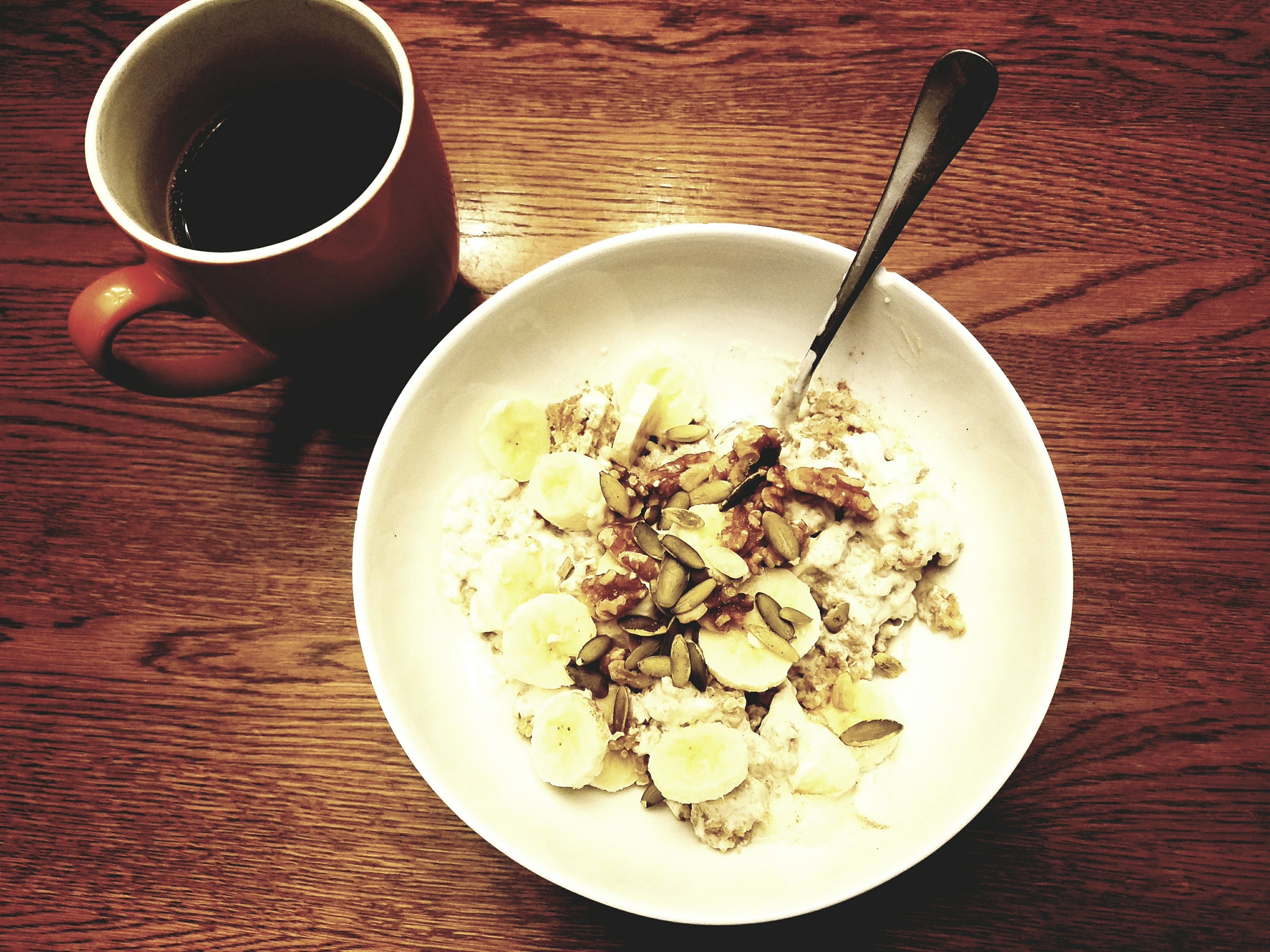 This mixed grain hot breakfast with homemade yogurt, walnuts, pumpkin seeds, and a banana has 24 grams of protein!

How Much Protein Do I Really Need?

This is the age-old question, for not just athletes and herbivores, but for anyone.

The Recommended Daily Allowance for protein for adults is 0.8 grams per kilogram of body weight.  So for a 150 pound person, that’s a scant 54 grams of protein a day.

You could eat a day’s worth of calories from just white potatoes all day and get that much. I’m not suggesting you actually do that, but it’s very easy to reach that goal from whole plant foods, provided that you are eating enough calories in general.

But is that really enough?

A recent meta-study referenced in the New York Times took a look at 49 high-quality past studies involving protein and muscle building in athletes and in non-athletes.

They found that everyone who strength trained gained muscle, no matter how much protein they ate.

Let me say that again: if you lift weights, you will gain muscle, with or without specifically paying attention to protein.

To me, this is the most important take away, because it means that you don’t need to stress about guzzling protein shakes right after your workouts. 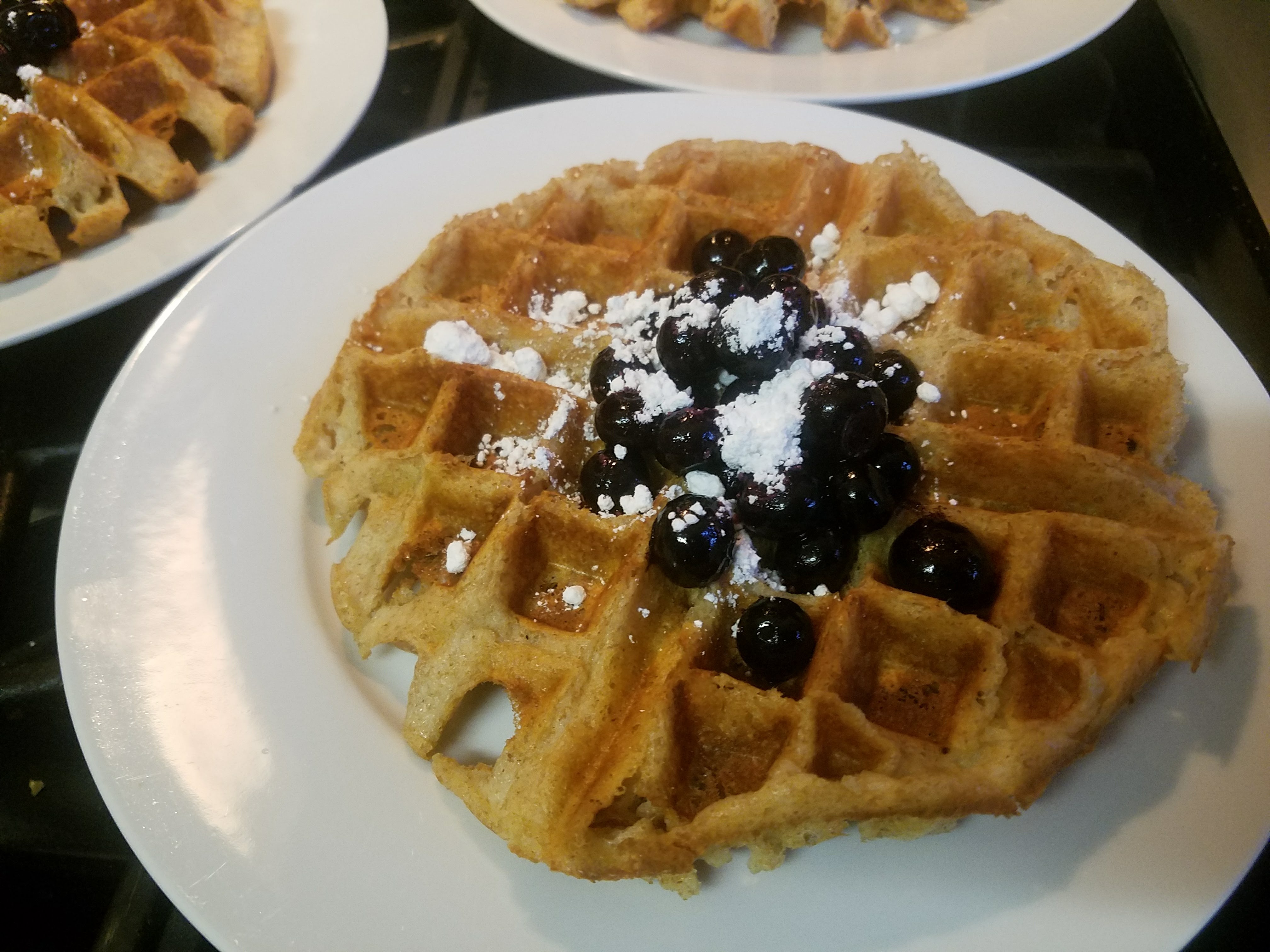 Two of these giant coconut milk waffles with blueberries weigh in at 17 grams of protein for only 450 calories.

But there’s a difference between minimum requirements for protein and optimum.

Because we’re not just looking for the bare minimum.  We want to know what’s optimum for both health and athletic goals.

The authors of the study did find that those how increased their protein intakes did gain about 25% more muscle than those who only met the minimum.  That’s certainly significant enough to pay attention to.

As runners we don’t want huge muscle gains, but we do want to be strong and lean to run fast and stay injury free.  This particular study indicates that 1.6 grams a day per kilo is ideal, but going higher than that has no muscular benefit.

So if you’re doing the math, there’s a huge difference between the RDA of 0.8g/kg and the upper limit of 1.6g/kg.

So our 150-pound runner is not going to get that kind of protein from the all-potato diet without significantly overeating (if it’s even possible to eat 25 potatoes a day!).

But by eating a variety of whole plant foods including nuts, seeds, legumes, and whole grains, it’s not as hard as people think to reach the higher protein goals.

The good thing is that our protein intake can be spread out throughout the day since the researchers found no correlation between when you ate your protein or even what type of protein and how much muscle you gained. 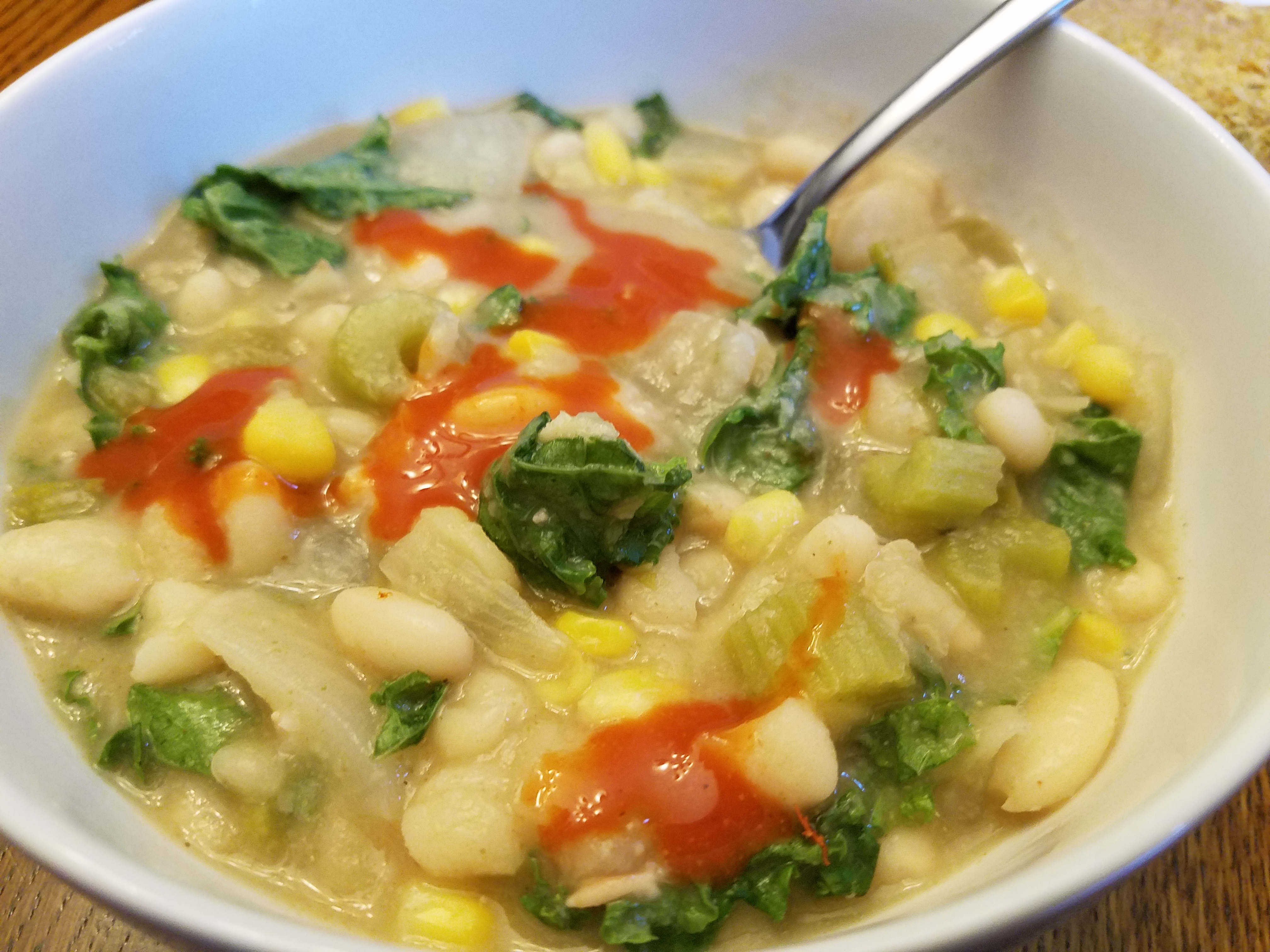 My White Bean and Kale Chili boasts 21 grams of protein in each 360-calorie serving. Add a slice of my High Protein Bread and you’re up to nearly 27 grams!

But I’m a runner!  I don’t want to gain that much muscle.

Most runners want to gain nothing but speed.  Weight gain, even the good muscular kind, feels a little scary since we equate it with being slow (which is not entirely true).

In general, yes, most runners could use to gain some muscle and lose some fat, but there is a point where too much muscle would be a problem.

After all, The Rock has never won a marathon.

The thing to remember is protein intake is not the main driver of muscle building.  It’s lifting heavy things.

So if you spend more of your time running than lifting, you’ll end up with the body you need to run.

And with a few conscious choices about what you put on your plate, you can get all the protein you need to optimally (and deliciously) fuel your muscles.

No matter what the waiter thinks…