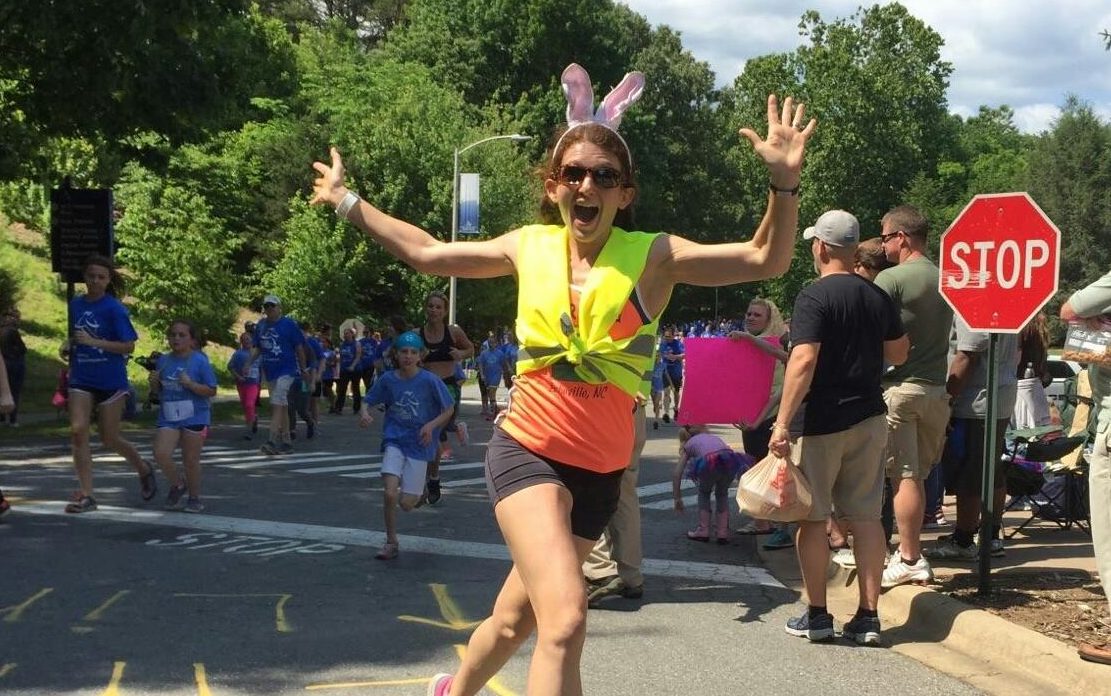 The Michigan: I’m Supposed to Be Having Fun?

With just over two months to go until Richmond, my Tuesday workouts are getting much more marathon specific.  Gone are most of the short sprint intervals on the track, replaced by long alternating-pace miles on the road. This Tuesday was the Michigan.  And it’s a beast.

The Michigan is a Runners Connect staple, usually done once per cycle, so I’ve done this one before (attempted is more accurate).  There are lots of variations of this workout invented by a track coach in the mid-1970s at Michigan University.  Our version is like a double-decker Dagwood with 2-mile slices of marathon pace as the bread:  after a two-mile slow warm up, sandwich two 2-mile segments of marathon pace around a faster mile at 10K pace, then speed up even more and add a schmear of 800 meters at 5K pace, topping it off with another 2 miles at still-fast marathon pace, with a two mile cool down, NO REST (that was in all caps on the schedule).

The point of the no rest mandate is that this workout is teaching you how to race.  Hopefully you will not be varying your pace this dramatically during a real race, but this simulates the increased effort necessary at the tough last few miles when your body just wants to slow down or stop.  When you speed up at the end of a workout, the following set becomes exponentially harder, making the effort required to run the same pace much higher than at the beginning. In other words, you are getting the stress of racing a marathon, without actually having to run one.

The paces for me this time didn’t seem all that scary since I’ve been feeling pretty good lately: 6:50 for marathon pace, 6:35 for the mile, and 6:25 for the 800.  I’ve only run one hilly 10K and my 5K PR is a little faster than 6:25/per mile so the paces given to me were more based on my marathon goal rather than based off shorter races.  But I knew that this would be a tough one to get through.

If you just look at my GPS data, I ran this workout almost perfectly. After the warm up, miles 1 and 2 were medium effort and right on at 6:50 and 6:53. I sped up for mile 3 and while it was harder, it still felt okay and I clocked a 6:33. When my shoe came untied at mile 4, I happily stopped my watch, took an 5 extra seconds than necessary to tie it and breathe deeply (6:45). One of the water fountains is out of order at the park, so I stopped for water at mile 5 convincing myself that I should because I wouldn’t see one again later (6:57, slowing a bit).

Then I prepped myself mentally for the 800 (did I stop then, too?).  I took off in a panicked, hyperventilated state, pumping my arms as hard as I could.  I was so shocked to see that I had actually beat my goal time (6:20 pace) that I just stopped, panted and regrouped. During the last two fast miles, my brain was getting tired and I forgot that the 800 threw off my even mile splits so I stopped at 1.5 miles instead of 2. Then I realized my mistake and finished it off (7:05 and 6:48).  After catching my breath, I added a half mile to the cool down because runners are weird like that and can’t stand uneven numbers.

What this tells me is that physically, I am in shape to handle this workout, but something is holding me back from executing it perfectly. I know that I am much better at steady paces than alternating ones, so I have to figure out how to transition better between paces without stressing out about it.

After I logged my workout, many of my fellow Runners Connect members commented that they have been there and just stopped as well.  I wasn’t feeling any pain, just a general sense that the effort was hard.  There was no conscious thought telling me “go ahead and stop now;” I just stopped.  While I am happy that I made it through on pace, I have room for improvement.

Michael Hammond, one of my coaches, zeroed in on my real issue, and it’s one that I never would have come up with on my own.   “The Michigan is a tough workout for even the most well-trained athlete, so you honestly cannot read into it too much,” he said. “Shifting speeds that much throughout one workout is just plain difficult.”  Then he added: “To me it sounds like your main focus on these workouts is to relax. Changing paces shouldn’t be a stressful event – try to think of it instead as a fun game. Personally I always liked alternating pace stuff better – varies it up, makes it more fun and interesting.”

Wait, what?  Running is supposed to be fun?!?  I mean, I’ve heard that somewhere before, but really?  Even the hard stuff?  I’ve always joked about running not being fun and in the beginning, like an entire year, it honestly wasn’t.  My husband would say, “have fun!” as I went out the door and I would always grumble, “I don’t run for fun.” I definitely enjoy myself now, but I never think of it as a game, except perhaps during a race when I’m trying to pass someone.  Could something as simple as “go have fun” be serious training advice?

I know that when I relax I run better, but actively trying to have fun?  I’m hoping that having fun is easier than the Michigan.  I’ll let you know.