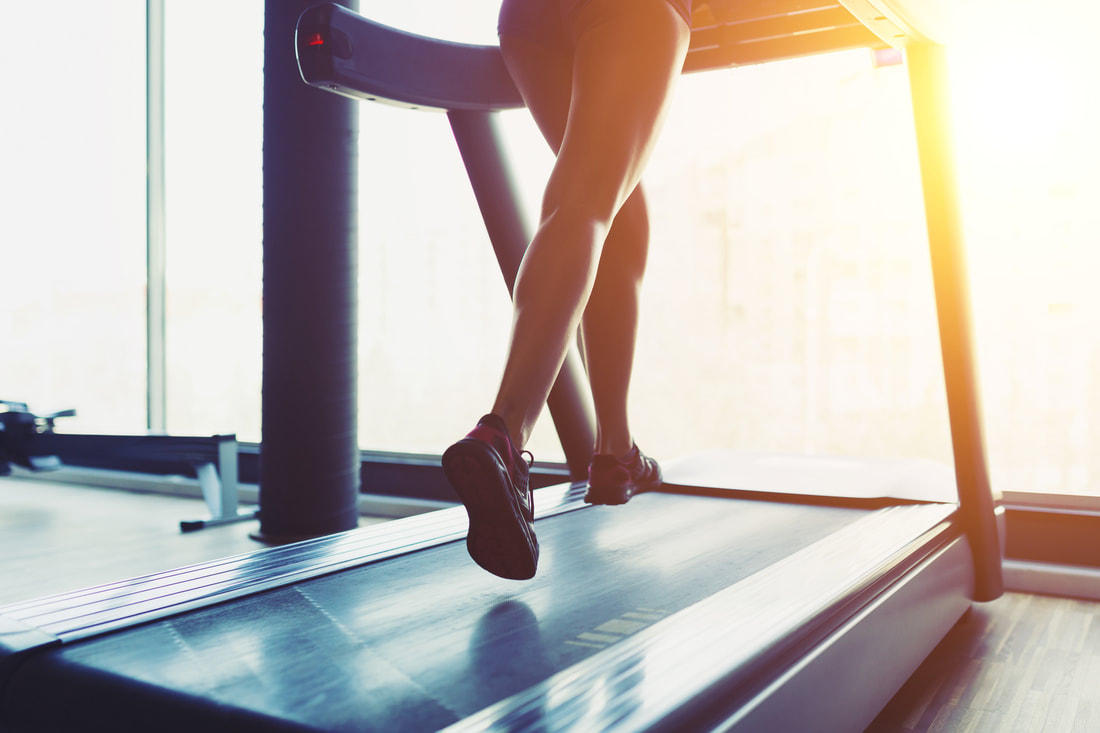 Can the Treadmill Really Mimic Outside Running?

When it’s hot as Hades in the summer or you are up to your eyeballs in snow in the winter, the treadmill can be a savior to keep you running when Mother Nature has other plans in mind.  There’s not too many people that love the treadmill, although there are a few, and there are certainly many more runners that truly despise it and won’t touch their toes on one.

Interestingly, with pretty much all races being cancelled due to the pandemic, even the pros are finding themselves racing each other virtually on the treadmill, and breaking world records while they are at it, like my recent podcast guest, Tyler Andrews.

If you are lucky enough to have access to a treadmill these days (or unlucky, depending on your perspective!), how can you be sure that you are getting the same workout as you would outside?

I’m sure a lot of you out there have just said out loud, “raise the incline to 1%.”  Well, raising the incline can make the treadmill a bit harder, but that’s not the full story.

In fact, I recommend that unless you are specifically doing hill work, leave the incline alone.  I’ll get to why in a minute.

So what’s the deal with most everyone thinking that you need to raise the incline?  The idea behind this is that the energy cost of running at a given pace on the treadmill is slightly lower than it is outdoors because you don’t have to push against air resistance.  In other words, for most people, the TM is easier than outside, so raising the incline neutralizes that. In addition, you also dissipate body heat more readily outdoors than you do on the treadmill so by raising the angle of the treadmill belt to one percent, this difference disappears and running on the treadmill is no longer “easier” than running outdoors.

The 1% rule came about in the early 1990s when researchers found that at speeds of 8:03 minutes per mile and slower, the energy costs both inside and out were about the same.  But when you crank it up to 7:09 minutes per mile and faster, then you need to raise the incline to 1% to create equal energy costs as outside.  This is because air resistance increases at faster paces when one is running outdoors so you need to compensate for that inside with the incline.

So there you go:  keep the incline at zero for slower speeds and crank it up 1% for faster speeds, right?

The problem with that quick and simple fix is that running is way more complex than that.  There’s a whole lot more going on when you run on a treadmill than wind resistance.

It has everything to do with your brain.

Research studies on the treadmill shows that the test subjects’ heart rates were higher at the same pace outside than inside, indicating that the athletes had to be working harder outside.  So why weren’t they faster inside if it was easier?

Because while your heart rate is an indication of how hard you are working, it does not determine how fast you are going or how fast you can go.  That is all about your perception of effort.  it’s how hard you feel you’re working that determines performance.  So even though the body works harder when running outdoors than it does when running on a treadmill, running outside feels easier.

And for those who loathe the treadmill, the reason is blatantly obvious.  The TM is boring!  And when you are bored or frustrated or angry or emotional, everything feels harder in life.  Not to mention that the lack of visual stimulation on the TM can cause you to hyperfocus on how hard running feels instead of being distracted by the sights outside.

Or you could be scared of flying off the back of the machine or simply uncomfortable, both of which raise heart rate and perception of effort.

Other explanations for a lower perceived effort outside is that airflow on your body is increased which makes you feel better.  You also actually feel like you are moving somewhere in space and time and that visual perception of movement makes you feel a sense of accomplishment.

These factors have been shown to reduce perceived effort.

Another possible factor is the ability to micro-adjust outside.  You have greater sense of freedom of movement outdoors, and you can make subtle and more frequent changes that you might not even be aware that you are doing, giving you a sense of freedom that feels more pleasant than banging away on the TM.   That sense of autonomy in your movement improves your mood and motivation which probably also affect perceived effort.

So if you want to make your indoor runs as equivalent as possible to your outdoor runs, don’t focus on the incline or your heart rate or even your pace.  Leave the incline alone and focus on your perceived effort.  If you have a hard workout, run hard.  If you have an easy run, put a podcast in your ears (like the Run to the Top maybe?) and run easy.  When you have your effort level just right, you should find that both your speed and your heart rate are slightly lower than they would be if you were running at the same effort level on the road.

In other words, you’ll run a little slower (assuming your machine is calibrated correctly) and your HR will be a little lower, but you’ll be getting the equivalent workout as you would outside because you are working just as hard.

Now, if you want to get your Garmin readings to match the treadmill readings exactly, that’s an entirely different topic, but do you want to know what I do?

I just go with the one that tells me I’m faster.