The Painful Lessons of the Dreaded DNF 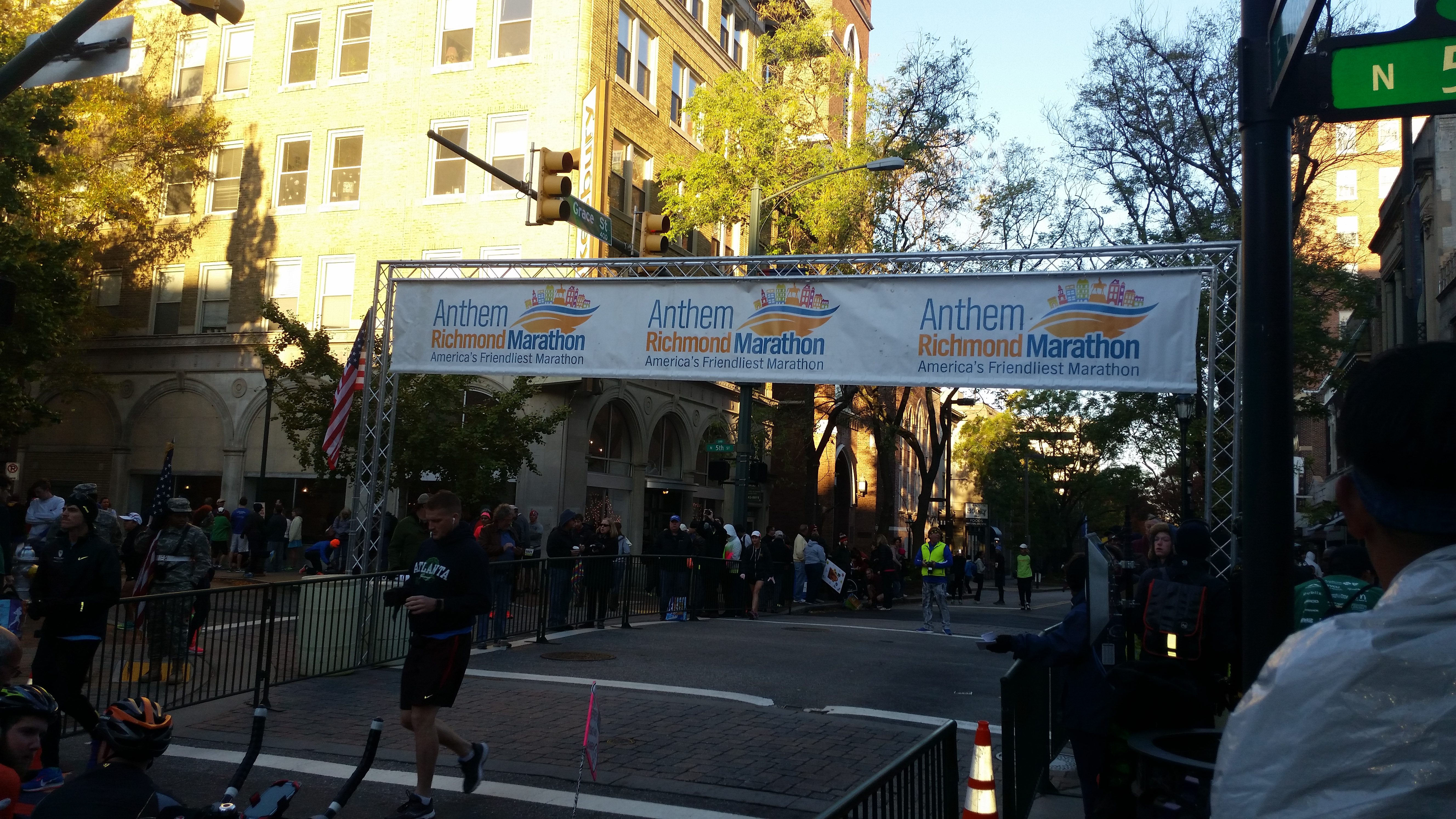 If I had known it was going to hurt this much, I might have kept going.

It was as if my stomach had trapped a rabid animal desperately trying to claw its way out.  The pain worsened with every step.  No amount of positive thinking or deep breathing would soothe the writhing beast captive inside despite my best efforts for over an hour.  Rather than continue to escalate the torture, I quit.

The possibility of this happening never, ever occurred to me.  I had big goals for this race, but I also was prepared with not quite meeting them.  At least, I think I was.   The idea of actually giving in to the evil voice in my head that says it’s okay to quit never crossed my mind.

There’s no other way to say it: a DNF sucks.

It’s like being dumped by your high school boyfriend and getting the thin envelope of rejection from your dream college on the same day.

My heart feels like a stress ball in the hand of nervous day trader.  The acute pain I felt on race day seems like nothing compared to this constant ache.

So what happened?  Several things that added up to a big mistake.

At the hotel the morning of the race with my family, I woke up a few minutes before the alarm, three hours before the race.  Since I didn’t have access to a toaster, I ate my standard almond butter and jelly toast as a sandwich with my usual cup of coffee.  Everything went down fine and I had no inclination at that point that anything would go wrong.

Later as we got in the car to go to the start, we ended up in some traffic and had the anticipated struggle to find a parking spot.  I don’t think I felt particularly stressed out about this part, but I definitely was more distracted than I would have been on my own.  We found a spot to park at 6:55, fifty minutes before the start, which seemed perfect.

But as we were getting out, I realized that I had forgotten to take the caffeine pill that I normally take 90 minutes ahead of time, so I quickly washed it down with just a sip of water.  I am always cautious of drinking within an hour of the race to avoid having to stop to pee, but I don’t think I had remembered to drink any liquid at all except for the one cup of coffee.

The banana that I usually eat was forgotten in the car.

After jogging my warm up, I got to the start about 15 minutes before the gun.  I put my cold hands in my pocket and felt the fig bar that I like to take about thirty minutes before the race.  Oops. I managed to chew through half and tossed the rest away.  I wished I had a little water to clear my mouth out, but I dismissed that thought quickly and got into the corral.

The gun went off and I settled in with the 3:05 pace group (7:03 pace per mile).  My strategy was to negative split or to run the first half slower than the first.  It is especially important to run the first 4-5 miles slower to conserve your energy for when things get really hard, so I thought the slower pace group would be a great way to stay slower.

But we ran the first mile in 6:56.  That is too fast for 3:05.  That could be okay for 3-hour pace (6:52 per mile), but still, it’s cutting it a little close. I knew they were going too fast at the time, but the fear of going too slow got the best of me at the time and I remember feeling good about the split.

The water stations were every two miles for the first 20 miles and I took at least a sip or two at every one.  (A sip or two is not enough.)

The next few miles stayed consistent:  6:55, 6:56, 6:47 (danger!), 6:52.  I was in a good group of men at this point and the jockeying for position had stopped as the 3:05 pace group finally slowed down to a more reasonable pace behind me.  I was surrounded by people that were going for sub-three.

It was time for my first gel at mile 5.  I tore open the lemon flavor one and it was saltier than the sea.  A faint alarm went off inside my head, but I pushed it away.  Running hard intensifies every sensation so I told myself that it was my taste buds playing tricks on me.

As soon as the overly-concentrated gel hit my nearly-empty stomach, the pain began.

As we hit the nice, long downhill going to the river at mile 6 (6:56), I fell in step with a guy next to me.  I asked it he was going for sub-3.  He said yes and asked me the same.  I was managing the discomfort okay at this point at expected it to settle down at any moment so I smiled and replied brightly, “that’s the plan!”

He said, “Good.”  Then he added, “just so you know, this is uncharted territory for me, so if I blow up, just go on with out me.”

We sailed down the hill in a speedy 6:42.  I saw my husband and kids at the bottom of the hill and tried to manage a smile for them, but I was really not feeling good at all at this point.

At the next water stop, I thought I was grabbing water, but it was Powerade.  The opposite of what I needed, but I had a couple swallows anyway and stayed glued shoulder to shoulder with my new running buddy.

A woman who had gone out faster than I did was slowly coming back to me and as we passed her, I felt a momentary  sense of relief that I would get through this rough patch.  This was temporary and would pass.  Miles 8 and 9 were a still-consistent 6:53 and 6:56.

As we headed up the only real hills of the course up from the river, I expected to slow some, but my stomach was in full riot mode.  The next three miles were 7:02, 7:04, 7:05.  At one point, I saw my buddy look back for me and I’m not sure I could even manage to shake my head.  He went on without me.

I knew despite how my stomach was feeling, I had to continue to fuel or I would definitely be doomed.  I opened a peanut butter gel (that was thankfully the correct concentration) and managed to get it down, but violent churning continued.

Now, had I been thinking rationally, I wouldn’t have let that get to me.  My pace was still just about perfect for a negative split and if not that, there was still a really good chance of finishing way faster than I ever have before.

My mind would not let me go there.  I had stopped thinking about finishing and had started looking for an escape.

Maybe I could make it to the half.

The last mile I ran was the long windy bridge across the James River.  Since the packs I had been with had long gone, I tucked behind one guy and braced myself against the wind.  I cringed when I glanced at my watch and saw our 7:45 pace.  I was done.  I just had to get across that bridge to safety.

The last mile was a defeated 7:52 and I hit the stop button and crumpled to the curb.

I sat for a moment, drank some water, and assured concerned volunteers that I was okay.

I called my husband.  Because of traffic, they had decided not to try to go to mile 16 after all and they were closer to the finish.  I told him that I could walk and meet them.

While we were talking, I heard a volunteer shout to the racers, “Great job!  You’re on 3:08 pace!”  In my sad, angry, and dejected state, I muttered, “Fuck that.”

And right there shows me now the most important thing I got wrong.  I was holding so tight to my A goal, that I was not being reasonable.  Right now, I’d be thrilled if I had managed a 3:08!  Yes, I had a B goal and a C goal and even a D goal, but I had not really allowed myself to be truly okay with them.

In the end, I know if I had chosen to continue, my stomach issues most certainly would have only gotten worse and I would still be upset about missing my goals.  If I completed the whole race simply to finish, not only would it have prolonged and intensified the torture, but I would have given up any chance I may have to try again this season.   I cut my losses before any damage was done to my legs.

My heart is another story.

I will be processing this for a while, but even though I quit, I am not giving up.  I am considering either Kiawah in December or Charleston in January.

Even though I made mistakes, what I do not regret is sharing my experience.  The good and the bad.  Maybe I should also feel some embarrassment on top of everything else because I failed so spectacularly in front of others, especially my children.

But I do not feel embarrassed that I didn’t succeed.  I think there is some failure and some success in everything we do and perspective matters.  I made some dumb mistakes and I will do better next time.  And maybe someone else can learn from this as well.

I have been on this unreal trajectory with my running where I have PRed in every race I have attempted until now and as much as I hate going through this, perhaps it needed to happen.   I will learn some real lessons that will make me a better runner.  And a better example for my kids.

One thing is for certain:  now that I know what’s it’s like to DNF, that voice telling me to quit will never be as powerful again.