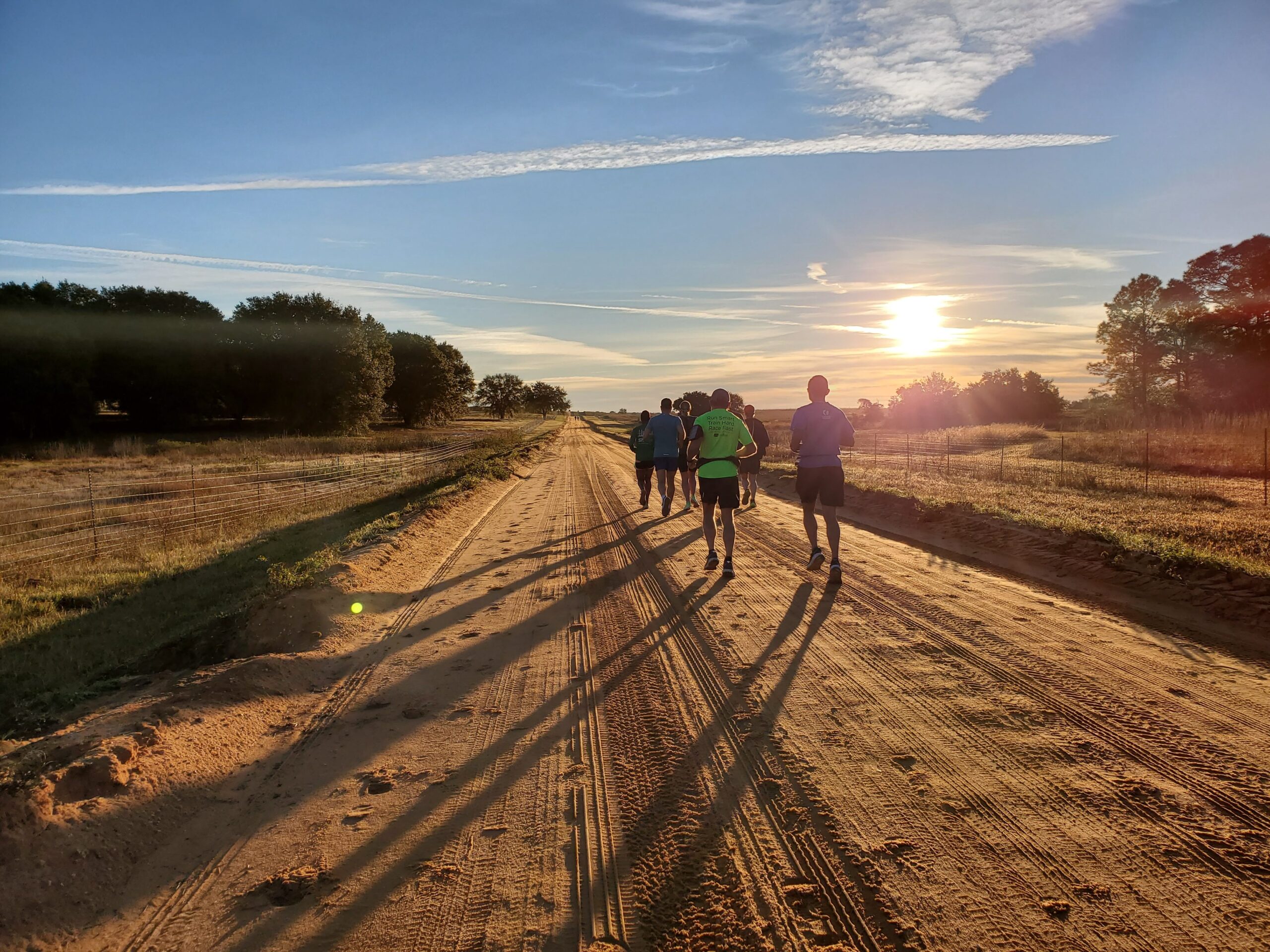 Feeling the Flow: How to Find Running Flow More Often

Ever wonder how how to find that elusive running flow more often? Well, I recently returned from coaching at our Runners Connect retreat in Orlando, Florida and I have a completely new view on that part of the country.  We ran our long run on this amazing rural, packed clay road that wound through rolling, open pasture dotted with orange groves.  The temperature was perfectly cool and the sky was a cloudless blue.

All the runners in our group reported back that they had a great run, but one athlete named Rich described his run as virtually transcendent – he had found the running flow.

Rich is training for Boston and he ran 20 miles that day, with a good chunk of that at his marathon pace.  As he clicked off each mile, he felt the run seeming to get easier and easier.  By mile 16, he  said the run had simply become effortless.  He was surprised to see that his pace had dropped well below marathon pace without him even noticing that he was speeding up.  He was feeling nothing but graceful peace and happiness, when physically, he should have been feeling pretty tired.

Rich was feeling the flow.

What is flow state and how do we get more of it?  Runs like Rich’s are the ones that we are always chasing, because once you feel the flow, you want to have it all the time.

Flow is a concept that was introduced to the world by the psychologist Mihaly Csikszentmihalyi in the 1990s.

Flow is a state of mindless grace where one acts at optimal performance without having to think about it.

In his words, “Flow is the mental state of operation in which a person performing an activity is fully immersed in a feeling of energised focus, full involvement, and enjoyment in the process of the activity.”

Reaching flow state doesn’t just happen: it takes a lot of hard work over a long period of time and it’s not completely understood by science.

But two Australian scientists, Susan Jackson and Herbert Marsh, set out to examine flow in 1996,  They created the Flow State Scale to try to measure the existence of flow during an activity. This is a list of prerequisites for flow that will make your likelihood of experiencing it go up.  You don’t need to have every one on the list, nor do they need to be in any particular order, but the more that you have, the higher the chance you’ll get into the zone – and find your running flow more often.

The first is Action-Awareness Merging: The individual is so deeply immersed in the task that action is automatic. At mile 16, Rich was not even thinking about his running or his pace, but he was just doing it and it felt smooth and automatic

Next is  Clear Goals: This is an unambiguous objective when you start your run about what needs to happen. Rich had a clear workout objective of running 20 miles with a certain number of miles at marathon pace.

Third is Unambiguous Feedback: The runner receives clear and immediate feedback on his or her performance.  Rich looked at his watch and saw that he was easily and effortlessly hitting his goal pace.

Next comes Concentration on the Task at Hand: The runner is completely focused on running, and is not daydreaming, worrying about other things in life, or even how much running may hurt at the time. During a state of flow, running does not hurt no matter how great the demands.

Then comes Sense of Control: Rich had a clear feeling being in control, and did not have to ramp up an effort to stay in control. The hilly route felt easy and the inclines did not feel challenging.

Loss of Self-Consciousness: This is when you completely lose yourself in the experience.  You don’t think about how you might look to others or what others might think of you and you might even lose awareness of the scenery.  I don’t know about Rich, but I’ve definitely experienced this in races, where I have a complete lack of memory of the crowd or the scene by the time I’m done.

Which leads to Transformation of Time: You know how they say time flies when you are having fun? That can be a sign of flow. But flow could also make you feel like time is slowing down, which is often the case in long distance running.

Another sign on the flow list is Autotelic Experience: That means that the activity is intrinsically rewarding and is done for its own sake, not about what others may think or do. You are far more likely to find peaceful joy with the act of running itself if you do not have a preoccupation with time or your performance against others.

And finally, the last sign of flow is Challenge-Skill Balance:  This is when you are feeling challenged by the run, but it’s still within your ability  In other words, challenging, but doable.  Rich is much less likely to feel flow when out for an easy jog, because the demands of a jog are far lower than his skills.  But when faced with a tough 20 miler and then nailing splits with an easier-than-expected effort, Rich found flow.

Now that you know a few things about the flow state, it’s still not super likely that you are going to find it every single day or even every month.

There are going to be days that are just a slog and that’s okay.

And you certainly don’t want to be pushing your limits every day to challenge yourself into flow state, especially when most of long distance training is about running easy.

But thinking about why you are running, and how much you love it can be powerful motivators that make any run better.  Thinking about that time when you were injured or out of shape and how much you missed running can help you to be grateful if you are able to run well now.  Keeping your workouts challenging, but doable and not overreaching can not only increase your likelihood of finding flow, but it’s the best way to train physically and stay running injury free.

The flow state can be the most pure form of happiness and by nature is elusive and rare.  We increase our chances of finding it by choosing to run within our control, forget to be self-conscious, make our running automatic, concentrate on the task at hand, and set clear goals.

We can’t always have a run like Rich’s was, in an idyllic setting in the perfect conditions, but we can choose to remind ourselves that we run because we love it for its own sake.