There is such joy in helping others achieve their goals.  Even if it’s a stranger you’ve never met before.  Even if you don’t feel like you are doing much.

When I got asked to pace the 2 hour group for the Asheville Half Marathon at the Biltmore Estate, I said yes immediately.  I raced the half once before as a training run for Boston in 2015 and the full marathon was my very first in 2014.

The two hour mark is such a breakthrough goal for many runners that I was excited for the chance to help people get there. 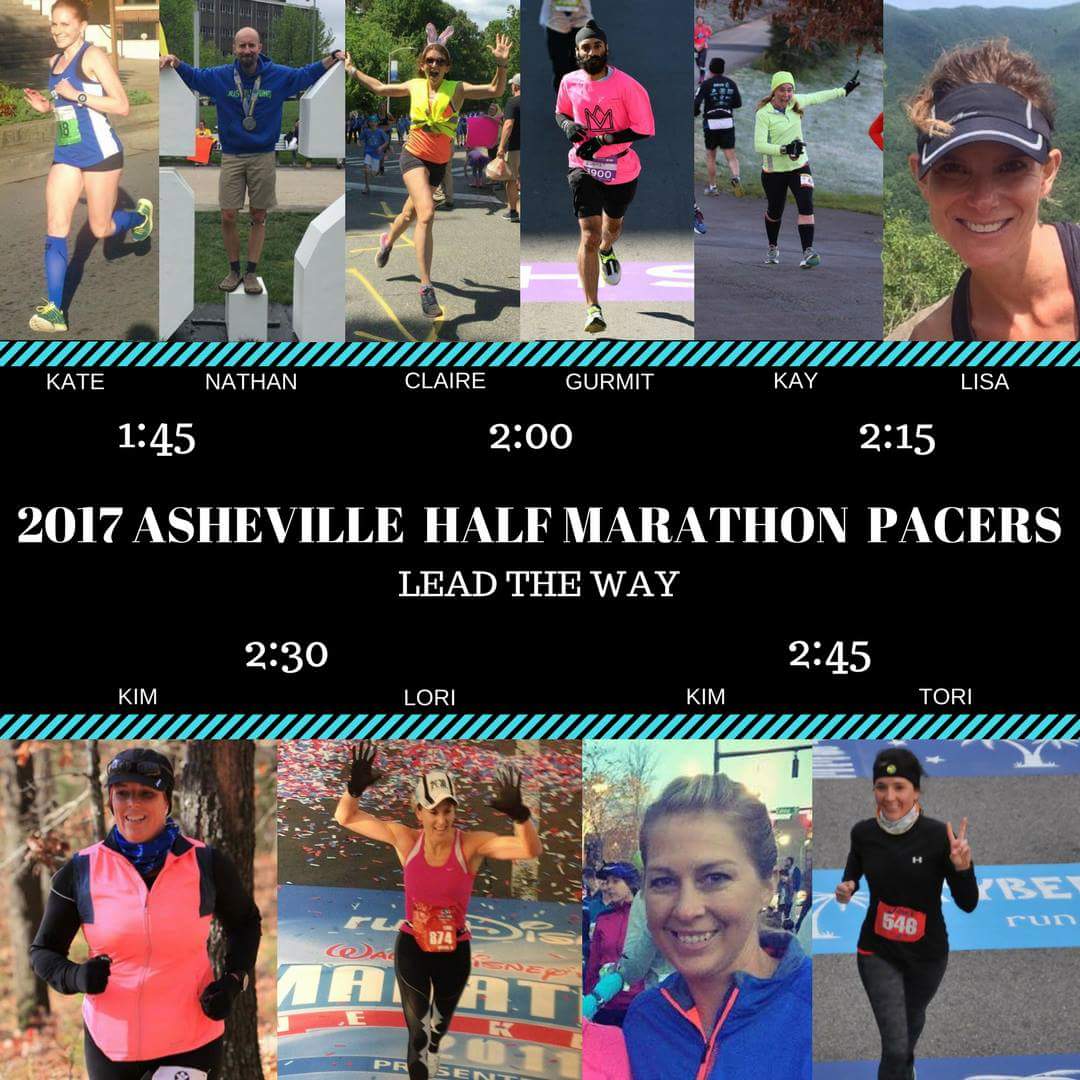 The course is unlike any other: winding roads carve through lush landscaping and climb up to the magnificent house at Mile 6.  Then you weave down through gardens blanketed with daffodils and then cruise along a smooth and flat gravel path along the French Broad River.

Waiting at the start, my co-pacer Gurmit held our 2:00 sign up high over the crowd and people began to move towards us and introduce themselves.  One runner named Natasha said she hoped to go quite a bit under two but wanted to stick with us through the early hills.  Another woman named Sarah had never broken two and she hoped that today would be her day.  A few others didn’t speak up, but smiled and listened wearing expressions of anticipation. 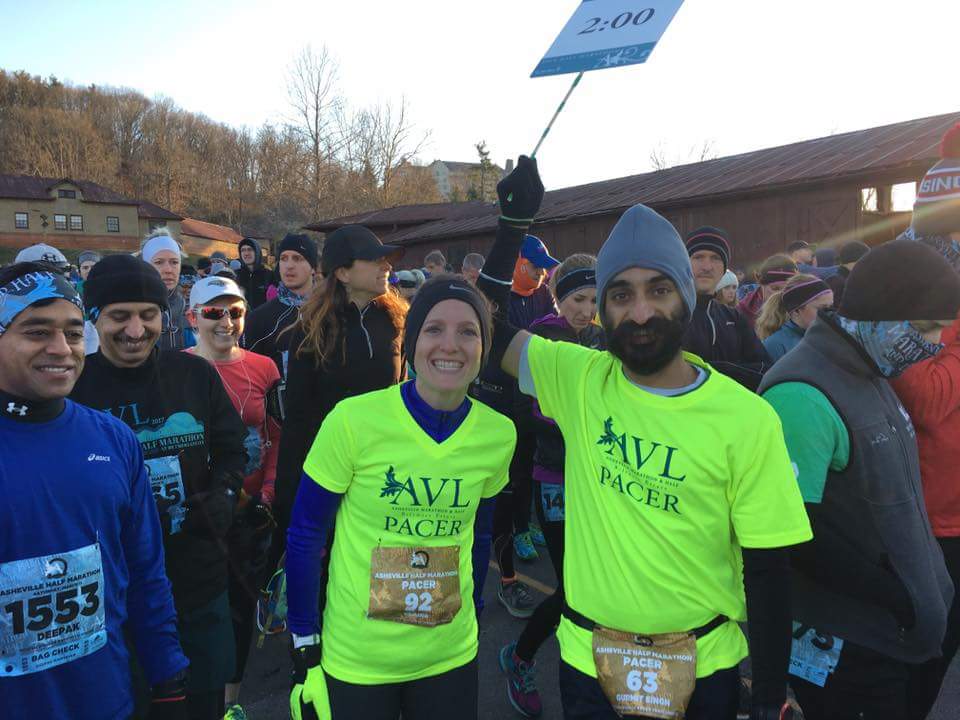 I explained to the group that we were not planning to pace evenly.  The hills at the beginning are a good place to ruin your race if you take them too fast, so we planned to be more conservative until we hit the flat section at the Biltmore House.  From there, we planned to catch back up.

The gun went off and we headed up the course.

I quickly learned that GPS was not reliable on the course and the mile markers were not precisely placed, so it was a bit of a guessing game on pace, but we kept a smooth and even effort level.

As the hills steepened, the friendly chatter evaporated into the cold morning sky replaced by bellows of hard, rhythmic breathing.  Hundreds of pattering feet slapped on asphalt like a driving rain on a metal roof.

The Biltmore house marks the end of the uphill and once we passed it, Gurmit and I looked around at what was left of our group.  Many of them had moved ahead of us and would stay ahead of us until the finish.

At the 10K mark, we were right on pace and took it easy on the downhill to the river where we reached our first out and back.

As faster racers turned around, we could see how well the people who had gathered at the start with us were doing.  Natasha was well ahead, looking strong and happy.  Sarah was just a few paces behind her and she broke into a smile as I cheered her on.

Unless something unusual happened, both women were going to go well under two hours and it was a thrill to watch them crushing their goals.

About Mile 10, Gurmit and I knew we were pacing a little fast, so we slowed our pace some on the flat sections.  Over my shoulder I heard the labored breathing of a runner working hard to pass me.  I turned to see one of the men we met at the start taking the opportunity to surge ahead.  This was his moment to give it his all.

As we got closer to the finish, I relied on the total time left on my watch rather than mile markers and GPS.  When we had 5 minutes to go, I estimated were less than a half mile to the finish, so I slowed and tried to encourage those around me to use all of the energy they had left to kick it to the end.

I ended up helping one our original pack runners speed across the line, thrilled with his performance.

The most rewarding part was after the race when several of the runners came up to us and thanked us.  One woman who didn’t catch my name yelled across the finishing chute, “Pacer! Hey pacer!” I turned and she happily told me that she beat her goal by three minutes and thanked me for my encouragement.

Sarah found me as I made my way to the food tent and we posed for a picture.  She had obliterated her goal and crossed the line in 1:53.  I had just met her two hours ago and I couldn’t be more happy for her.

Is there a little part of me that would have rather raced instead?  Of course, there always is.  But it’s only a tiny part this time.  I got to fully enjoy the course and help others achieve their best race ever.

Who knows?  Pacing was so rewarding that I may never race this one again.

2 Replies to “Finding My Happy Pace”

Plants and running have transformed my body and my life. My name is Claire and I’m an herbivore, runner, and mom of two. I’ve run 2:58 in the marathon at the age of 42, I’m a running coach for Runners Connect, and the host of the #1 rated running podcast Run To The Top.  This is my love letter to the journey.

Stay Planted with fresh posts in your Inbox!