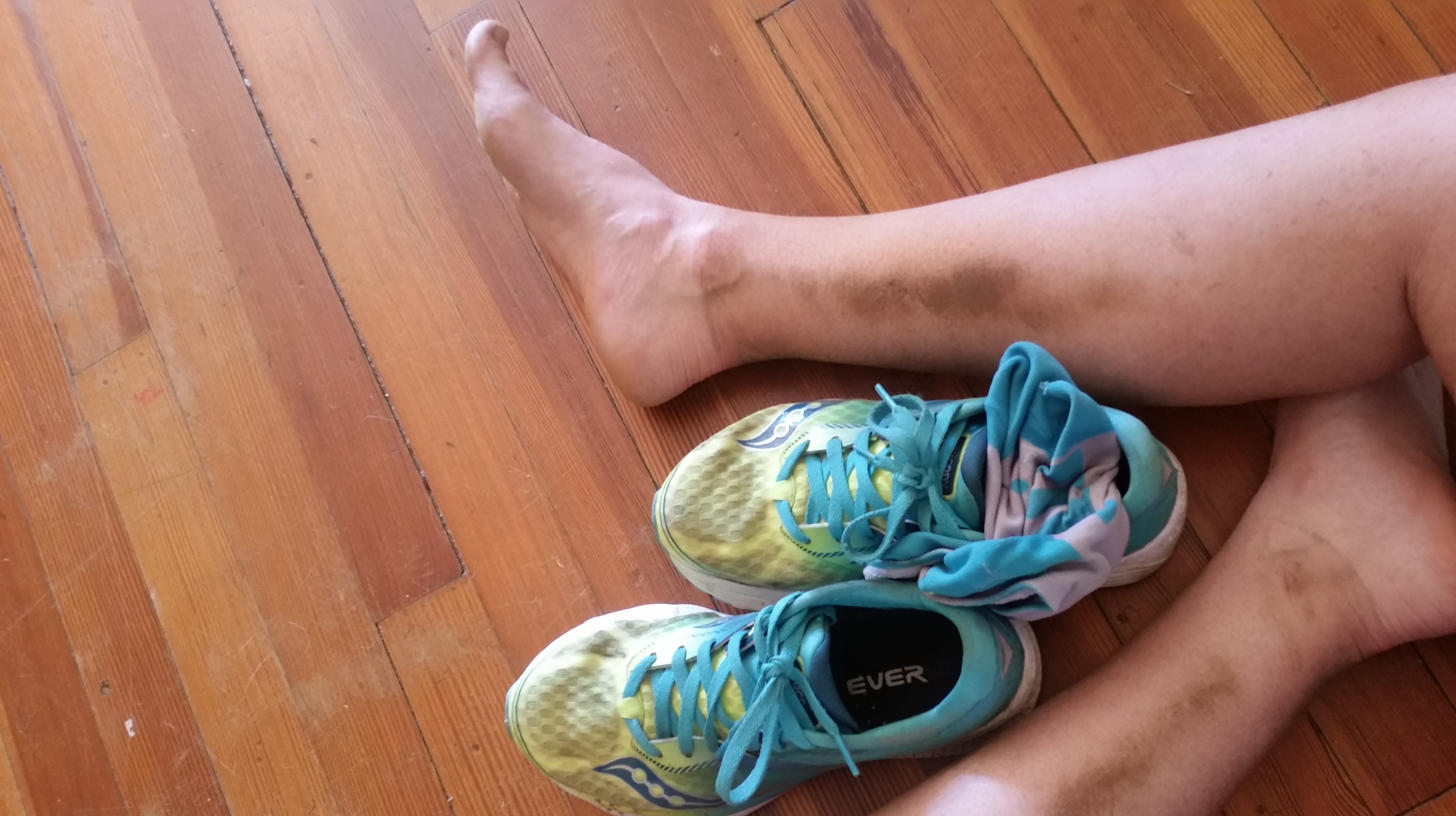 So what do you do when you’ve had a string of good runs and then all of the sudden you get smacked in the face with mediocrity? (It’s not a hard slap.  More of a smear with a wet sponge.)  I’m not talking about the runs when you are dead tired, or sick, or sore, or just not feeling it.  I’m talking about the runs that start out just fine and gradually dissolve into an ego-bruising struggle.  It’s the kind of run where each time you look at your watch you imagine the GPS satellites have exploded in some cosmic crash because you can’t possibly be moving that slow.  It’s not the run that is an undeniable failure; it’s the run that’s just eh.

My long run last weekend was one of those eh runs.

It was 20 miles with miles 12-18 at faster than marathon pace.  I’ve been running my easy miles during long runs very slow lately and I thought I’d pick up the pace to a still easy, but more reasonable 8:30 pace, just to keep it a little more real.  I also decided to practice eating a lot more than I normally do on a long run to try to better simulate race day.  A marathon nutrition calculator that my coach had sent said that I needed nearly 600 calories during a marathon to fuel properly.  In Boston, I hit the wall hard somewhere between miles 20-23 and I don’t know if not eating enough was to blame for part of it.  So I thought I’d eat a bigger than normal breakfast and take a 100-calorie gel at mile 3, 7, and  just before 12.

That might have been a mistake. I wouldn’t say that I was really sick to my stomach, but I certainly didn’t feel great.

I got to mile 12 and picked up the pace.  6:51.  Well, that was a bit too slow, I told myself, but it’s okay to take the first mile conservatively so that I don’t fade hard later.

I jogged the last two cool down miles home and felt halfway good about the run, because no matter how you look at it, 20 miles at any pace is an accomplishment.  The other half of me felt eh about it, since I feel like I have the fitness to have done this run as written.

Coach Sarah had some welcome words for me after I logged my workout.  “Claire, I’ve never once made it through a marathon build up without at least one run like this,” she told me.  “It happens to everyone and the best thing you can possibly do is to let it go and move on; it in no way means that you are not fit. Try to keep your confidence high, the next one will be better!”

I know she is right.  If I nailed every workout I was given, the only thing I would learn is that my goal is too easy.  I have chosen an ambitious goal because it’s big and scary and there’s a likely possibility that I won’t achieve it.  But there is also a small but real chance that I can make it happen.  It will take more weeks of hard work, a willingness to be uncomfortable, and a healthy dose of good luck to cross the finish line in Richmond under three hours.  I know I have it in me.  Somewhere.

All I have to do is find a way to use that eh run as fuel for my next hell yeah! run.