I just got back from outer space.  At least that’s what it feels like inside a Bod Pod body composition analysis chamber.

If you have no idea what I’m talking about, you were probably born in the 90s and missed the classic 70s/80s show Mork and Mindy with Robin Williams. 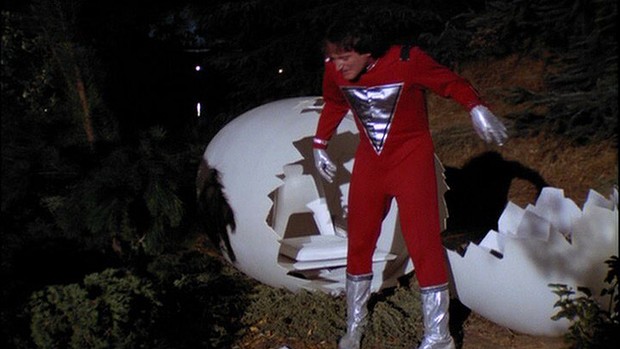 Mork cracks open his egg spaceship and arrives on Earth

I’ve been going to UNC Asheville’s Biometric Center each February since 2015.  When I starting training hard for marathons, I dropped about 12 pounds and I was worried I was getting too skinny.

Turns out I wasn’t.  In 2015, my body fat percentage was 17.4% which is normal for female athletes.  When I went back the following year, my weight had stayed stable, but I lost 2.4% of my body fat and put on 2 pounds of muscle.

Naturally, I was really happy about that because I’m a petite 5′ 3″ and 2 pounds of muscle is a lot for me.

So I figured that if I kept doing the same things, I’d stay the same.

After Boston last year, I gained 6 pounds in two weeks while recovering.  This is completely normal and expected so I didn’t mind.  The body needs to heal and repair and you can’t expect to stay at your peak leanness all year long.

But then when it came time to get lean again for fall racing, the scale wouldn’t budge and even creeped up a bit higher.  I made sure that I was eating well–not too much and not too little–but what had worked for me before didn’t work anymore.

I had had to dial back my heavy strength training last summer because it was making me too tired and sore to run well, but I never gave it up completely.  I suspected that I was losing some muscle and gaining some fat, but I couldn’t figure out why.

But yet, I was still getting faster. 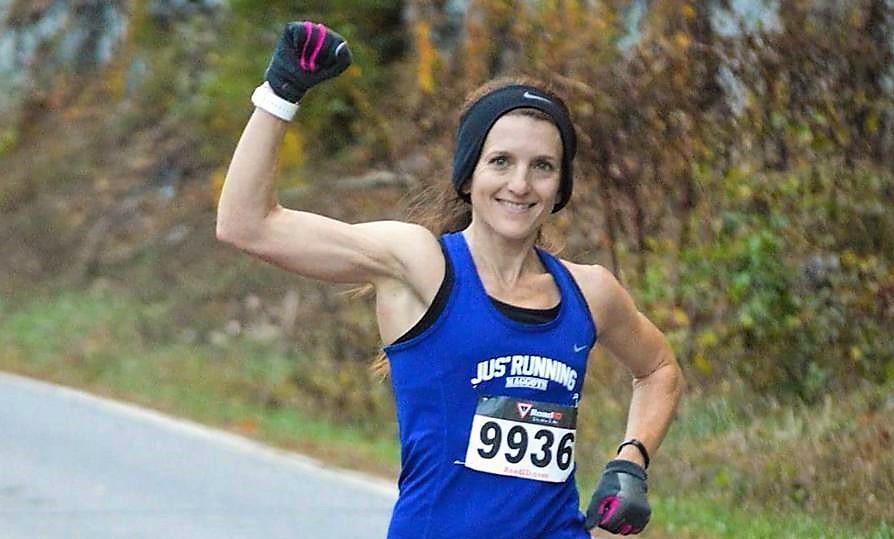 On route to a PR at the French Broad Half, October 2016

Last fall I was logging 70 to 80 miles per week (more than ever!) and yet I was getting just a little heavier.

My clothes still fit, but I gained an inch around my thighs and my waist. Ugh.

What the heck was going on?  Don’t tell me it’s hormones or getting older or any of that!

But could it be?

Being lean is important to racing your fastest, but all pounds aren’t equal.  If you gain weight and most of it’s muscle, you will be faster because you are leaner and stronger.

Being light is not the goal.

The Bod Pod is one way of measuring how much fat and muscle you have that is a lot more accurate that a simple skin fold test.  It’s not perfect, but it’s been shown to be within 1-2%.  The absolute numbers aren’t as important as the change over time.

I could tell just by looking in the mirror that the muscle definition in my abs was not as pronounced as it was before Boston.  I was prepared for the test to reveal that I’ve gained some fat.

And even though I’m picking up heavier things again, I doubted that I could have put on much muscle, if any.

I braced myself for the results.

Turns out I have put on a little over two pounds of fat from last year, but I still carry less than I did in 2015.  I came in at 16.9% body fat, which I am very happy with.  I was at 15% in 2016 and that’s about as lean as I ever want to be.  Anything less than that for women can lead to compromised performance, which I definitely don’t want!

But the cool part is that I’ve gained another pound of muscle.  So that’s a total of three powerful pounds in two years.

So that explains why I couldn’t get back down to “race weight” despite doing the same things I was doing before.  Now that I am stronger, my ideal race weight is different and that’s a good thing.

Body weight and body composition can be a sensitive topic for some people, especially women, so I want to address that part of why I do this testing and why I share my numbers with you.

I love running and I love food and I love to nerd out on nutrition and data and analysis.  I share my numbers not to brag or complain or compare to anyone else, but to be honest with my experience and the things I find interesting.

I like to get tested once a year so that I can have a little reassurance that I’m on the right track.  I know now that I might never get to 110 pounds again and even better, I don’t even need to try!  I can let go of the idea that I have a fixed “race weight” and something is wrong with me if I can’t get back down there again.

You can be an amazing runner at 15% or 20% or 25% body fat or even higher than that.  Body composition is only one piece of the equation and not even remotely the most important one.

We are all striving to be the best we can be for ourselves and that looks different on every body.

And with that, I’m going to get something to eat!