A Little Racing, A Lot of Luck 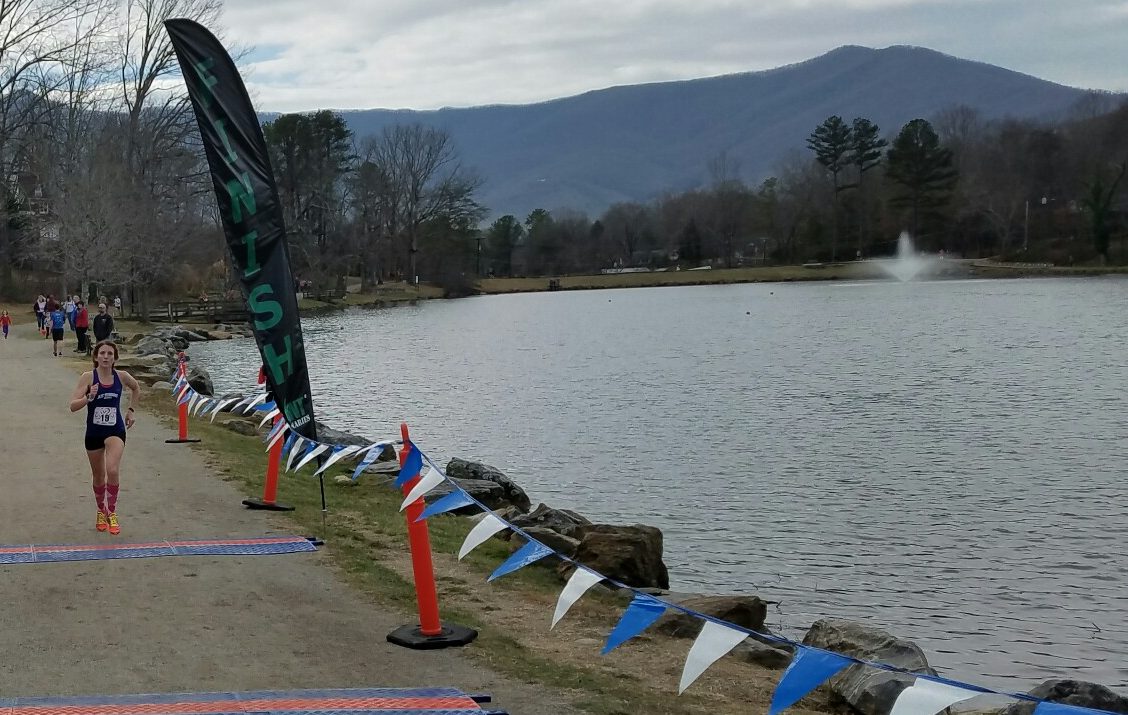 It’s been said that comparison is the thief of joy.

Except when you win.  Then comparison is awesome.

When you put your toe on the starting line and then you cross the finish line before the rest of those in your field, it’s a wonderful feeling.  Sure, there are always people out there that are faster, but you showed up.  And to be faster than everyone that showed up is worth celebrating.

But like they teach in kindergarten, winning isn’t everything.  It’s how you played the game.  With running, it’s how you ran the race.

And even though I’m certainly very happy to have been the first female at this weekend’s Valentine’s Day 5K, it also happened to be the slowest I’ve ever raced a 5K.

I won with my personal worst.

I don’t want this to come across as being ungrateful or in any way insulting to those who raced on Saturday.  I’m not trying to compare myself to those that raced with me, I’m comparing myself to myself.

Which still steals a little joy.

Now, I don’t want anyone to feel sorry for me for running a lackluster race that I ended up winning. I realize that many recreational runners would love to be in my position. I am simply telling my story so that I can improve and maybe inspire someone else to get better.

There are lots of reasons I didn’t run faster.  The course is hilly and there is a steep incline in the first half mile and rolls a bit before looping back.  It’s not a PR course and everyone’s times are a little slower than they would be on a flatter course.

Coming off marathon training, I haven’t pushed myself into the red zone in a long time.  My body and my brain have forgotten the pain of such an intense race.  So even though I’m pretty fit, I’m not well-prepared for the 5K right now.

A big part of good training is specificity or workouts that mimic the duration and intensity of what you’d go through in that particular race.  Which means the long simmer of marathon training feels nothing like the fiery burn of 5K training.

Another thing that caught up with me was a flawed race plan.  I have always gone out too fast in the 5K, so I really wanted to be sure I didn’t do that this time.  The big hill is right at the beginning so I figured that would keep me slow for the first mile and I could really make up time after that.

But that didn’t happen.

I crested the hill and headed on to the flatter greenway section and my first mile was 6:23.  I thought that was about perfect for my fitness and was pretty happy with that.

But after telling myself over and over to stay even, stay slow, stay controlled for over six minutes, I stayed slow for the rest of the race.  I never increased my effort level, which is essential for simply maintaining pace, let alone speeding up.

I coasted between pack groups and never felt the adrenaline rush of trying to reel someone in.  By the end of the first mile, there was so much space around me that I just settled in and didn’t feel any drive to push harder. 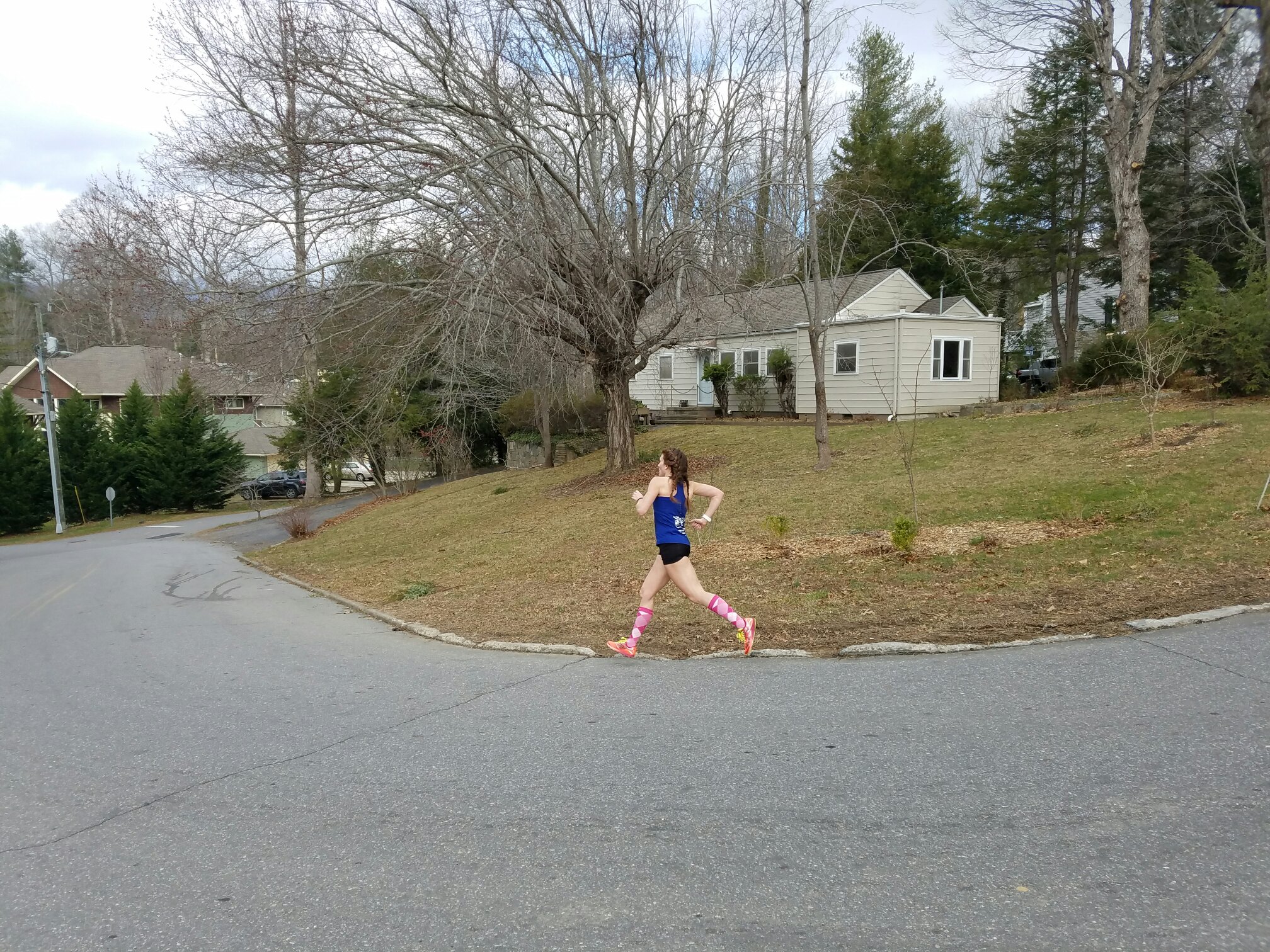 Downhill with no one in sight

I ran the last two miles just a touch faster than my marathon pace.

I have built up a big aerobic base from marathon training, but my anaerobic development obviously needs a lot of work.  Aerobic capacity is the ability to use oxygen to move your muscles.  You build a big aerobic engine from lots of easy running.  Anaerobic capacity is the ability to run beyond the point where you are consuming oxygen at the highest rate you can.  In other words, sprinting. 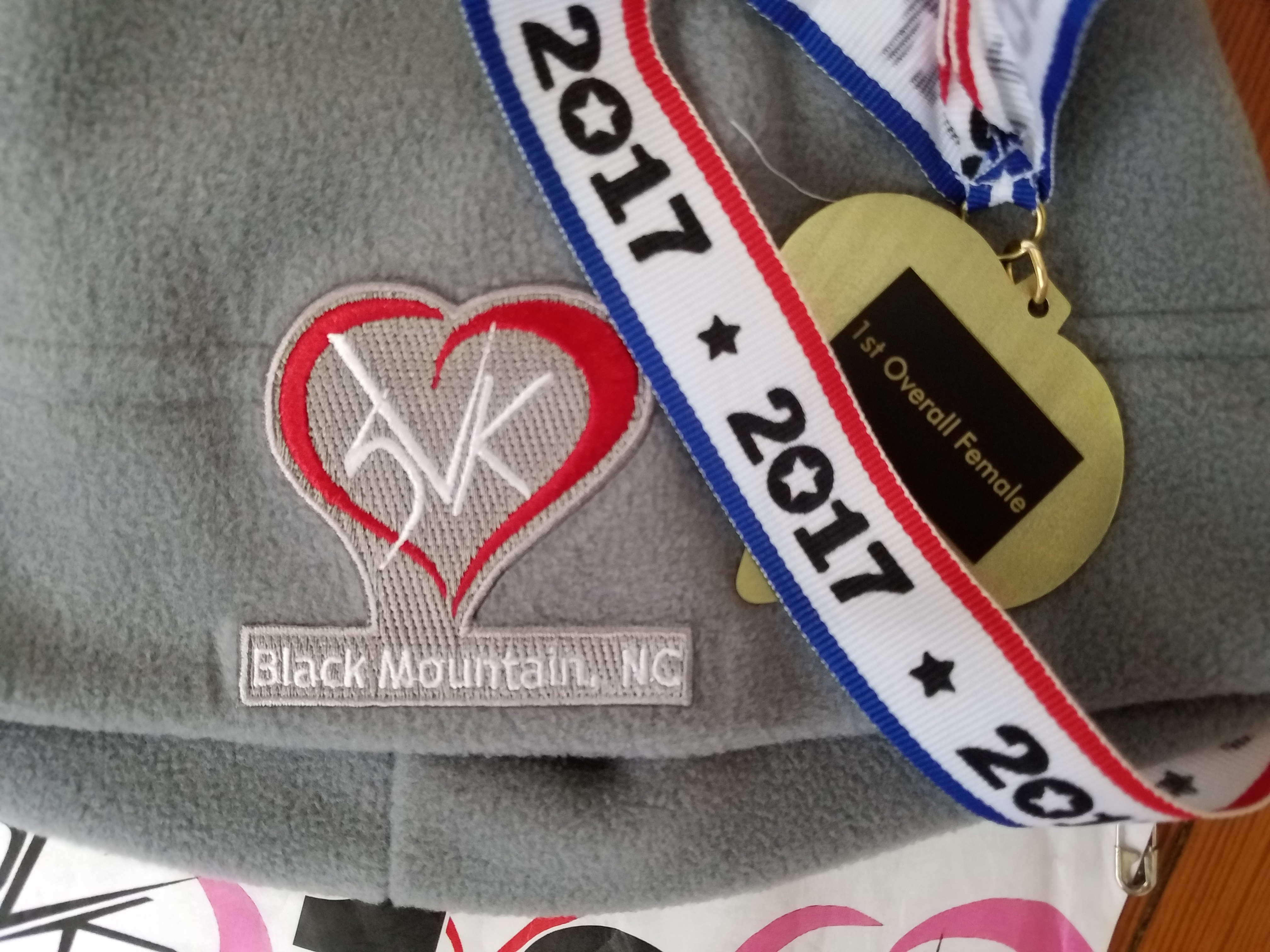 I really had no expectations for this race, so of course it’s nice to be lucky enough to win.  Every race is a lesson and I know where I need to improve.

While I can’t control who stands next to me on the starting line, I can control how hard I work to get better for the next race.

And if I truly run my best for the day, that will give me a sense of joy that can’t be compared.