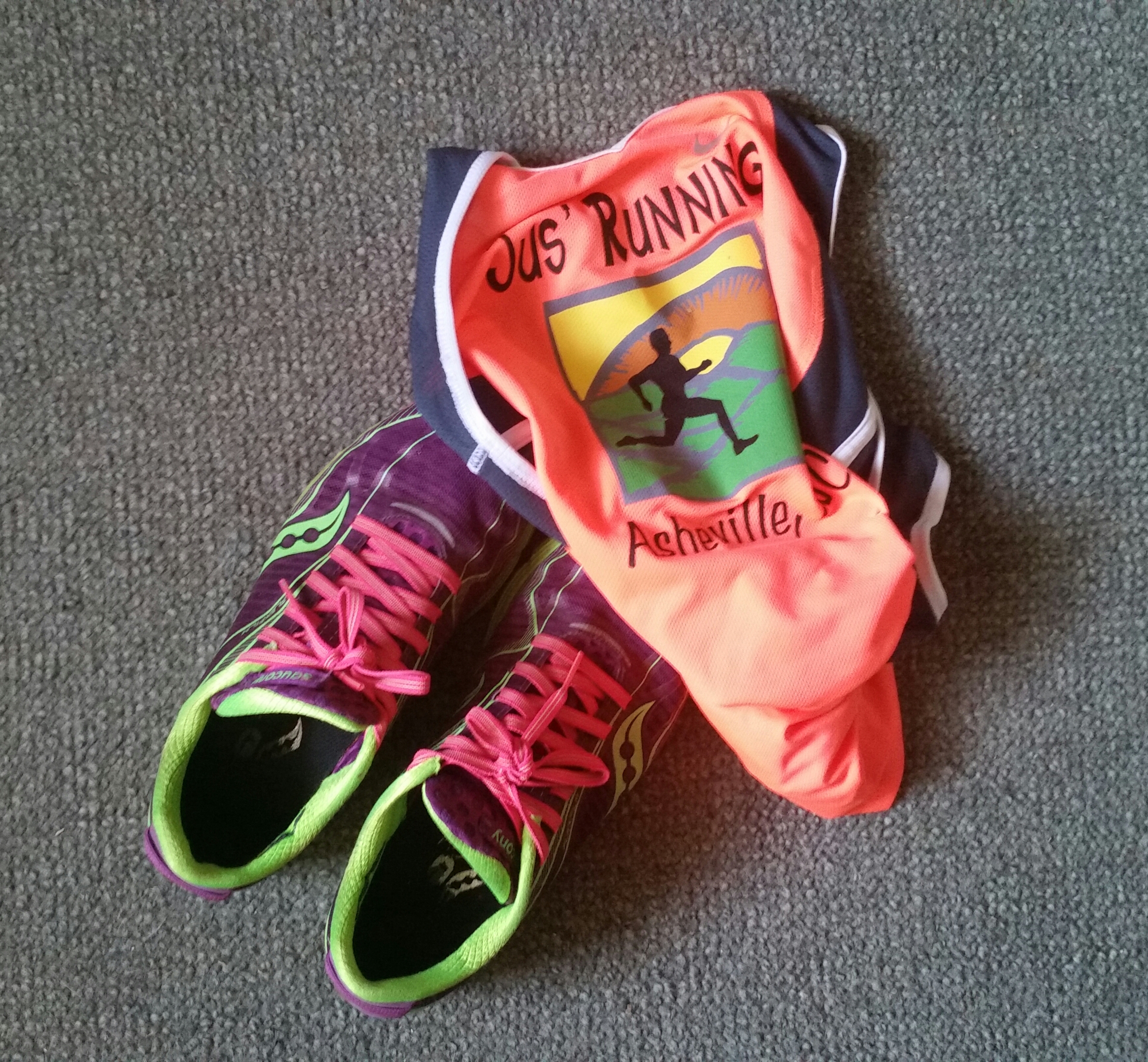 I’m skipping track this week.  My schedule called for my speed work to be done today on a Monday and for Tuesday to be easy in preparation for the 5K race on Saturday.  I knew if I went to track it would be a lot of shorter, faster segments and at this point, I need to be as race-specific as possible.  I decided to go to the park instead.

I took the long way to the park and got there right at 3 miles.  I stopped to get a drink and do some dynamic stretching, which is moving through a stretch rather than holding a stretch (static stretching).  The loop I chose for the mile repeats is somewhere between .4 and .5 of a mile and I know from experience that GPS is a little wonky in that section, but it’s flat and shaded and has a bathroom with a water fountain.  I figured two laps around was better than 4 laps on a hot track.

I began the first mile and quickly started breathing very hard.  I glanced at my watch and it said I was going 7:30 pace, which could not possibly be true.  A few seconds later, it said 5:55 pace, which also wasn’t true.  Sometimes GPS tries to correct itself when it makes a mistake, so I just focused on running hard and getting through it.  Halfway around the first lap, my quads started burning and the negative voice in my head starting telling me it would be fine if I stopped and caught my breath.  I knew I could do it despite how hard it was starting to feel, but each time I looked down at my liar of a watch, I lost a little bit of confidence and almost felt a sense of panic.  I was running as fast as I could manage and it was telling me I was going marathon pace!  I knew it couldn’t be true, but what if it was?  Had I really lost that much fitness?  Yes, I’ve gained 6-8 pounds since Boston, but was marathon pace (6:50) really a wind-sucking effort now?

As I finished the second lap, my watch told me I still hadn’t made a mile so I kept going.  When it buzzed, my split read 6:51. Ugh.

After my rest break, I decided to run the second mile in the opposite direction.  Maybe counterclockwise was better luck?  Turns out it was.  I ran the second mile with the same effort–maybe even less–and I clocked a 6:21.  That was better.  I concentrated on relaxing and not letting the panic creep in. And I had validation that GPS was off since the mile alarm went off just before I completed two laps.

For the 400s, my goal was to just run a touch faster than the miles.  Since it was hard to tell exactly where a quarter mile was, I ran hard for 90 seconds instead and used my lap button.  Those two came in a 6:13 pace.  Good enough for today.

I am getting better at controlling the negative voice in my head during hard effort.  Perhaps I need to give that voice a name.  Give it a personality so whenever she talks, I can just say, “Oh, that’s just Negative Nancy trying to sabotage you.  SHUT UP, NANCY!”