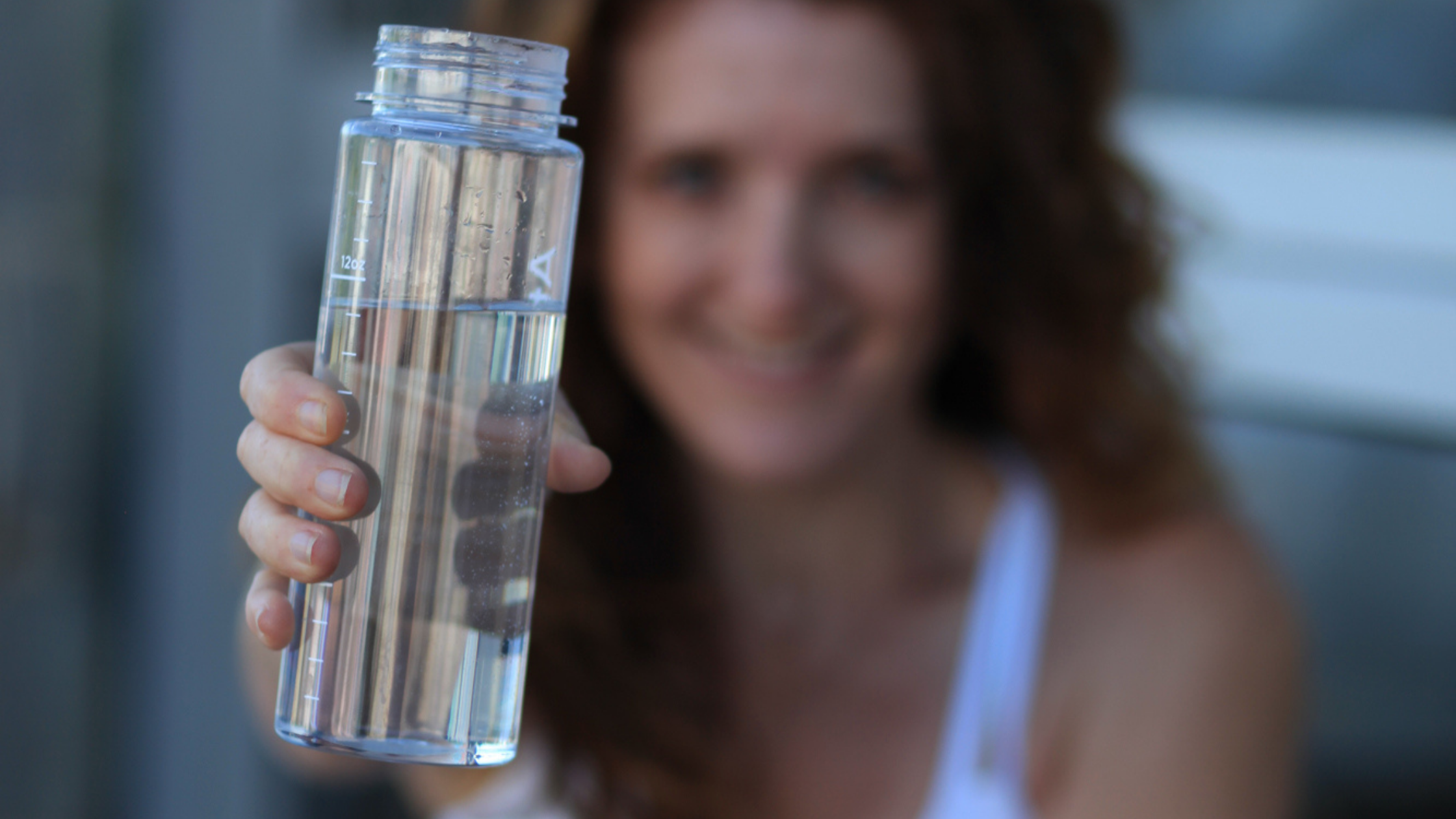 You know you are supposed to hydrate.  You know sweat is salty and you should probably put some of that back in your body after a good run.  But the choices for electrolyte powders and drinks can be overwhelming AND expensive. So why not make your own DIY electrolyte powder for just pennies?

Traditional sports drinks like Gatorade will replace lost electrolytes, but they are also full of sugar and artificial unpronounceables.

Nuun is a cool product that dissolves like an Alka Seltzer in water and skips the added sugar, but the original formula was sweetened with acesulfame potassium which might be cancer-causing.  Newer versions of Nuun include monk fruit as a sweetener, which is natural, but its safety is poorly tested.  Even if it is completely safe and natural, it’s really expensive if you use it regularly!

I received a stash of Nuun tablets at a runners’ white elephant Christmas party (along with some mini bottles to create my own Nuun cocktails!) last year and I have really enjoyed them.  But when I went to replenish my supply, I got a little sticker shock and decided to figure out how to make them on my own.

The key ingredients in Nuun or any electrolyte replacement is sodium, potassium, and magnesium.  (Calcium is added too, but in a tiny amount.)  The hands-down most important ingredient is sodium.

Researchers have found that during endurance exercise like a marathon, sodium is the only one you need.  The rest can wait for later and come from real food.

The formula I came up with is 372.5g sodium, 87.5g potassium, and 30g magnesium.  (For now, I’m skipping the calcium.  I take a calcium pill most nights before I go to bed and that’s probably sufficient.  I suppose if I really wanted to, I could crush up a calcium pill, but I’m not too worried about it.)

It’s so simple and cheap to make your own DIY electrolyte powder!  Did I mention cheap?

Get out your tiny measuring scoops and prepare to be amazed at the simplicity of this!

Add the mix to a pint of cold water and you have a refreshing, slightly salty thirst quencher.  If you need a little more flavor, add a teaspoon of lemon or lime juice, or mix with an herbal tea instead.  If you need even more flavor and carbohydrates, try mixing with apple, orange, grape, or cherry juice.  Another idea is to try a squirt of some of the water enhancers that are on the market.  Usually after a run, I am so thirsty that I don’t need any flavorings.

I make a batch for the week and store them in a pill container.  You could use contact lens cases or any other small container you can think of.  I find it easier to do this once a week rather than measure after every run.

So why do I use baking soda (sodium bicarbonate) instead of salt (sodium chloride)?  Well there is a little salt in the Lite Salt, but the main reason is that baking soda is a base and serves to neutralize acid in the body (remember those baking soda and vinegar volcanoes you made in grade school?).  Chloride is important too, but bicarbonate is “the star of the show” when it comes to restoring electrolyte balance.

And, if taken in the right dose before a race, baking soda is a proven performance enhancer.  Cool, right?

One word of warning, if you go overboard with baking soda or magnesium, your GI system will be upset with you, so try to stick to using electrolyte solutions (mine and any others) in the measured doses until you know how it effects your unique body.

Try it out and let me know what you think!

Are you ready to get faster, stronger, and run your best at any age? Now is the time to discover what truly personal coaching can do for you!

SCHEDULE A CALL WITH CLAIRE