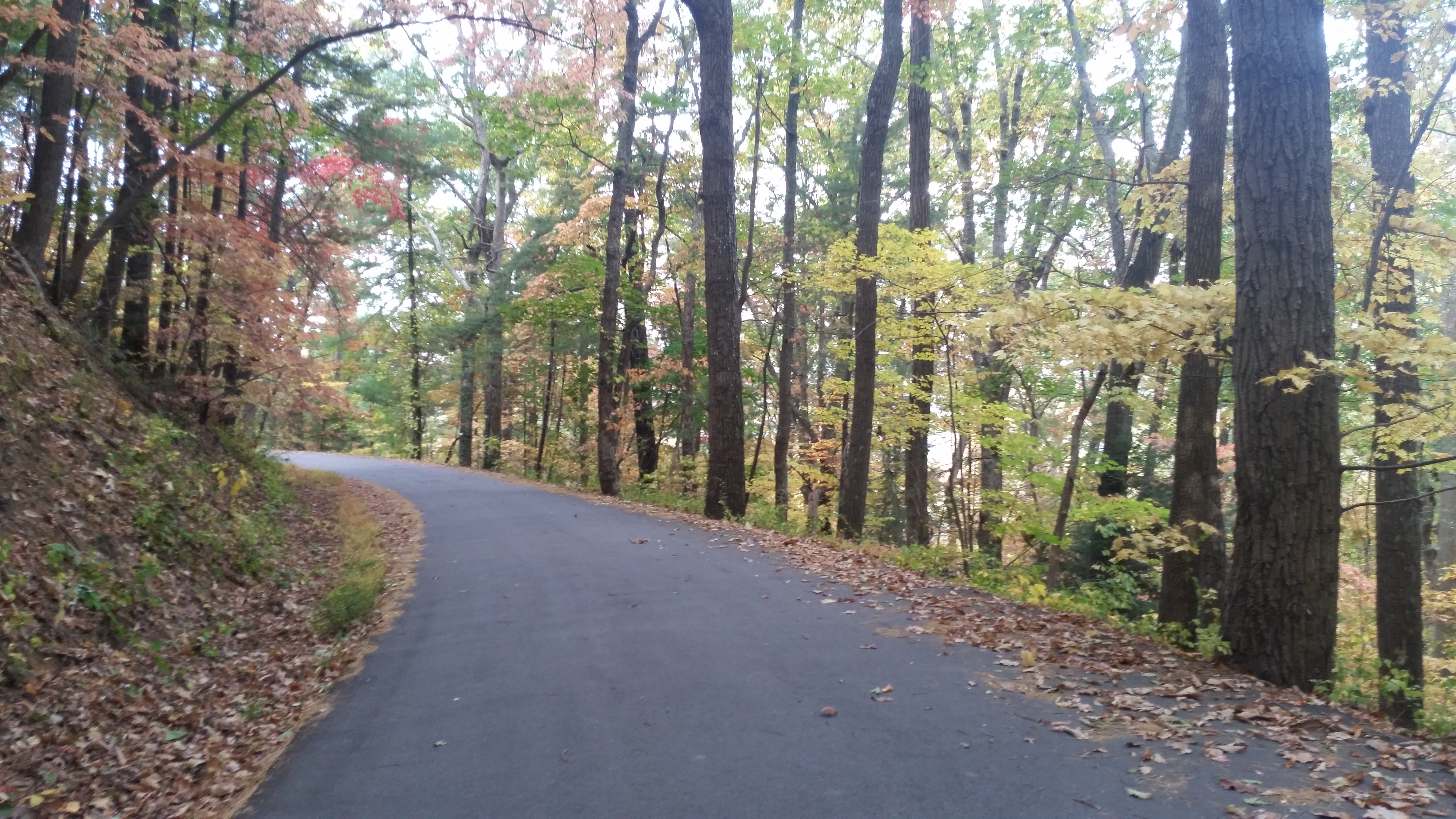 Is it Crazy to Race During Taper?

Tomorrow begins the last full week before the Richmond Marathon.  After two months of dry, warm weather, the forecast for November 12 calls for a 55% chance of rain with a high of 57 degrees during the race.  If I had to be picky, I could do without the rain, but the temperature and cloud cover is pretty close to perfect for racing.

The taper cycle for this marathon is different than any I’ve had so far because I’m racing twice in the last three weeks.  The first was the French Broad Half Marathon and tomorrow is the inaugural Zero 5K happening in flat Carrier Park where I train most days.  I had originally planned to race the Vance Rocket Run 5K tomorrow, but after jogging the course and its SEVEN hills, my coach and I came to the decision that it was not going to be beneficial for Richmond and pounding out those downhills could actually contribute to a little more muscle damage that I’m not willing to risk at this point.

Flat and fast it is.

So why am I racing a 5K a week before my marathon?  Shouldn’t I be tapering and resting and only doing a little marathon-specific work?

Yes and no.  The point of a fast 5K right now is to open up some speed in my legs that I haven’t felt in a while.  The faster speed of a 5K also pushes me into the racing red zone for just a little while, practicing one more time what I will feel like when I am pushing myself harder than I ever have before in the last few miles of the marathon.  Yet the 5K is short enough that I will be fully recovered by race day.

In other words, this is mental strength training.

I do not expect to PR at this 5K since I have not been putting in the kind of speed training specific to the 5K.   But you never know.

My PR is 19:33 (6:17 pace) from the Downhill at Dusk 5K back in June and as the name implies, it was mostly downhill, so I have gravity to partially thank for that time.  I know that I’m am much fitter now, but I have a lot of marathon miles in my legs.

Another nice benefit to racing during taper is that I have something to distract me rather than just getting bogged down by the taper tantrums.  Most marathoners struggle with taper because it is such a shift from our normal running routine.  We feel nervous and cranky and heavy and we miss our runners’ high.  We doubt our training, worry about eating too much and gaining weight.

Having this shorter goal has helped shift my focus to what is right in front of me.

Another nice distraction from taper anxiety has been this week of coaching at Runners Connect. I truly love the community of athletes we are growing and I’m enjoying being a part of so many runners’ journeys.

But I have never sat in front of a computer so much in my life!  I’m still working in real estate and plan to continue doing so for the foreseeable future, but I typically do not spend hours upon hours staring at a screen.  My eyes are tired at the end of a coaching shift and by butt feels suction cupped to my chair.

So today, I  installed my high-tech stand up desk. 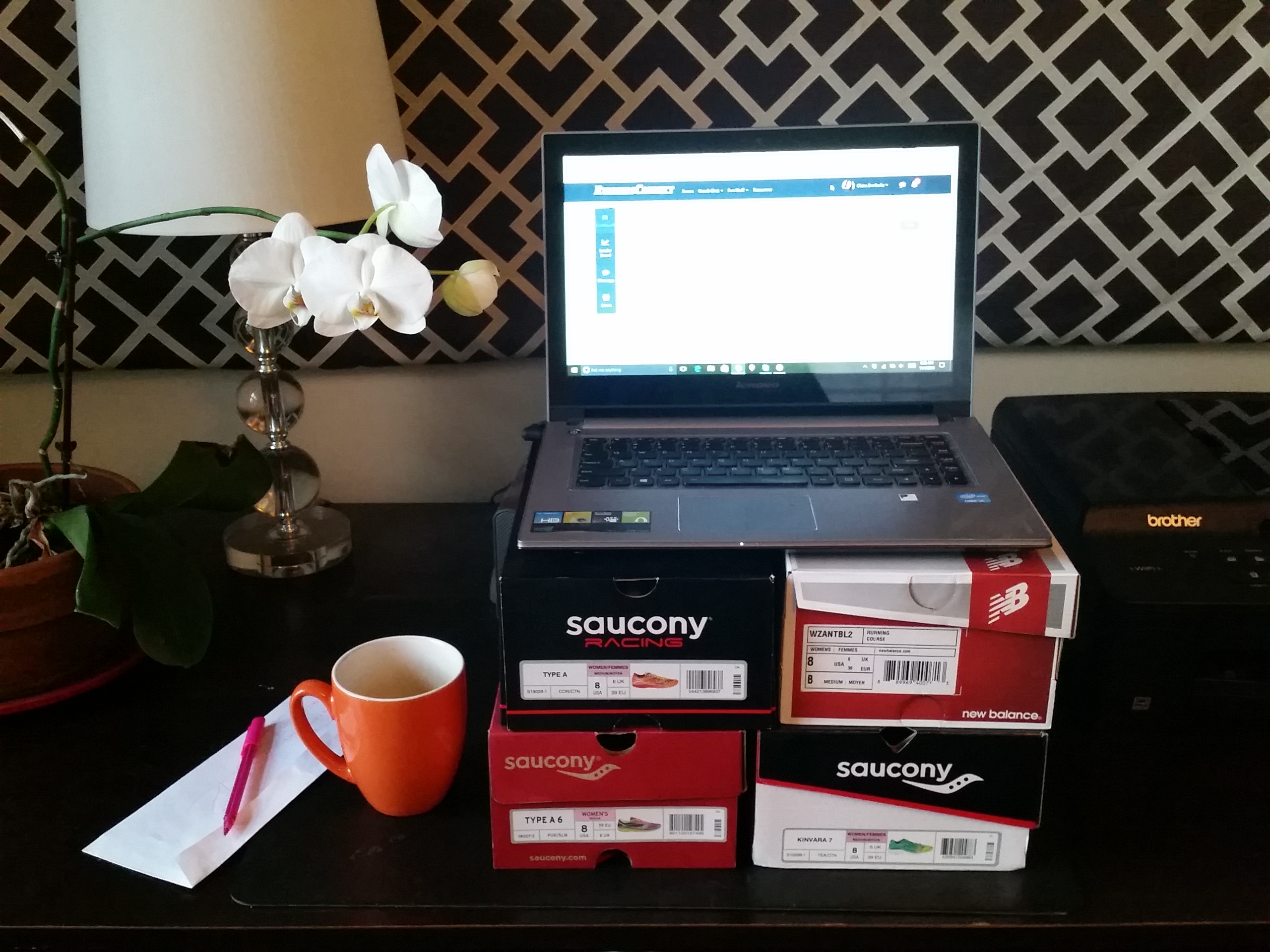