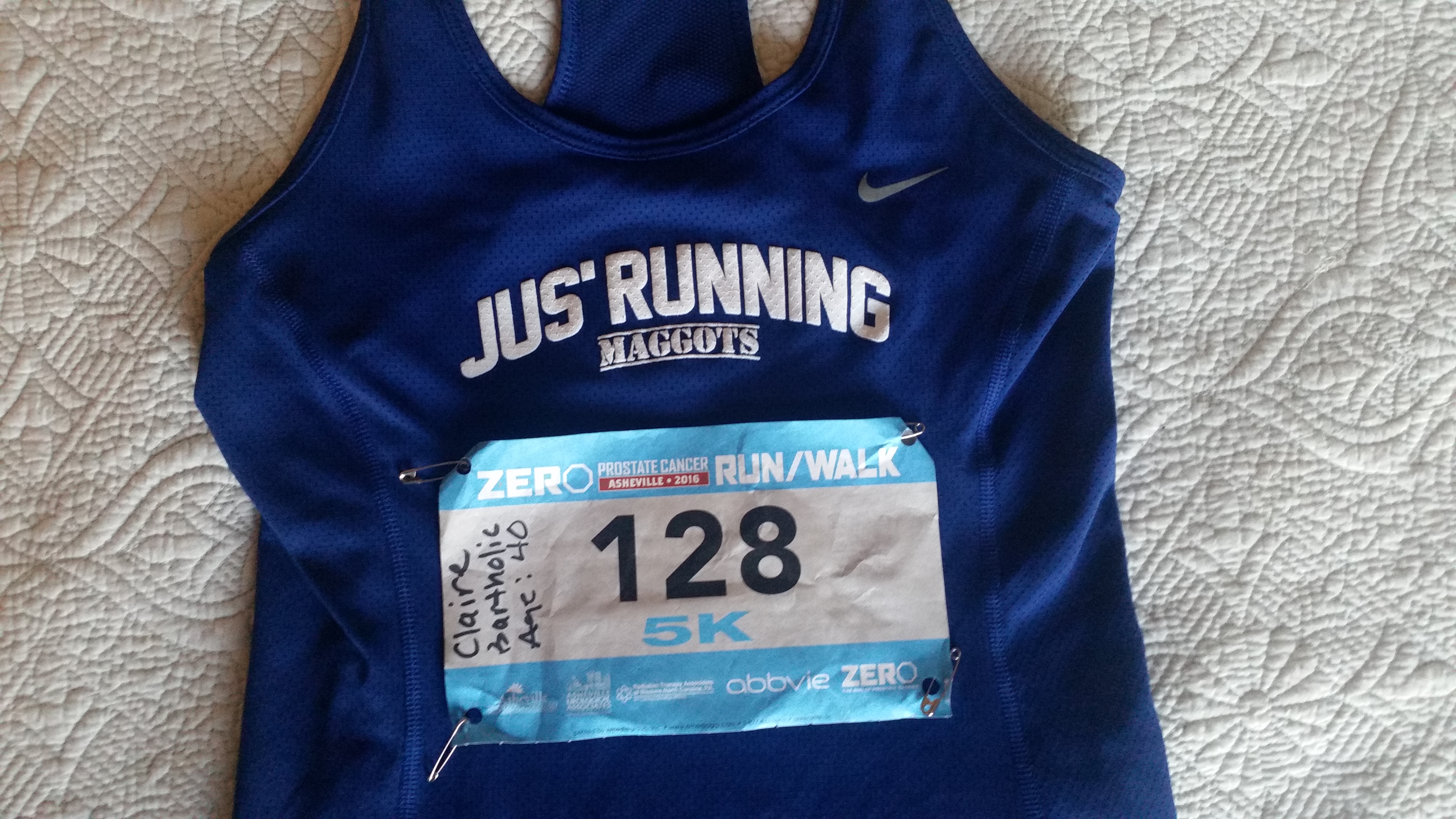 Have you ever noticed how little kids run?  They shoot out and sprint everywhere they go and quickly fade to a walk.  They have no experience with pacing or patience and just give it all they’ve got from the beginning.  It’s a beautiful image of joy and freedom, but it’s a really stupid way to race.

It might seem like racing a 5K would be easier than running a marathon  After all, 3.1 miles is just a fraction of the distance of 26.2, right?  Well, a 5K is easier only because it’s shorter, but the intensity is so much more.

It’s like the difference between dunking your hand in a pot of boiling water for a split second versus sitting in a hot tub for three or four hours.

Like any distance longer than a half mile, going out too fast at the beginning will cause you to slow dramatically at the end.  Staying even in your pace leads to a faster time overall.  But in order to keep your pace even, you need to increase your effort significantly as your legs and lungs start to burn and beg you to slow the f^@& down.

I ran my 5K tune up on Saturday like a five-year-old.

I certainly wasn’t expecting to set a 5K PR with heavy marathon legs.  All of my speedwork in the last few weeks–months, really–has been marathon-specific, which is a much slower pace than 3.1 mile race pace.  I have had very little practice running in the red zone of my ability and didn’t know what to expect at my current fitness.

This was the inaugural year of the ZERO 5K in Asheville and it also happened to be on the same day as the infamous Shut In Ridge Trail Race in Asheville.  Many of my speedy teammates were racing Shut In and I was the only Maggot on the starting line.

When the starting gun went off, I raced through the velodrome to complete a half lap, then got on the trail section of the course.  Two men passed me at this point and I glanced at my watch.  5:40 pace.  Oops, that’s ridiculously too fast.  I tried to reign it in, but I was feeling fresh and didn’t want to be a slave to my watch.

First mile: 6:03.  Way too fast.  That is not a pace that is sustainable for me for three miles, but I have to admit that I loved seeing that split flash on my watch.  Hmmm, maybe I could keep that pace up, I told myself.

Just as there are running demons in your head that tell you to slow down, there are overly-optimistic cheerleaders waving their pom poms in your brain shouting, “you’re so awesome!  Keep it up!” when they have no idea what they are talking about.

I kept up the same effort level during mile two and realized one of the guys in front of me was slowing down.  I could catch him!

As I got closer, I thought I could use him as a wind block, so I drafted behind him for a few strides before I realized he was still slowing down.  I passed him mid-way through mile two and headed for the turn around.

I tried to pick it up and I could still see the lead man in front of me.  The gap was too much for me to come close to catching him, but I wanted to have a strong final mile.

Since I don’t practice this pace often at all, I’m not familiar with what my breathing pattern should be.  It’s hard, obviously, but there has to be a balance between hard breathing and all-out hyperventilating.  I thought about that for probably way too long but kept pushing to the finish.

I rounded the last bend in the velodrome and could see the race clock click 19:09.  I only had a about 50 meters or so to go and I gave it as much as I could.

So after a too-fast first mile and a dramatic slowdown, at least I was able to keep steady and kick at the end.  I’ve got a lot to learn about 5K pacing and hope to work on getting better at them after the marathon recovery.

Sneaking under 19 minutes would be a big accomplishment for me, so that’s the next goal I’m working for.

I just have to learn to run like a grown up.

A Little Racing, A Lot of Luck