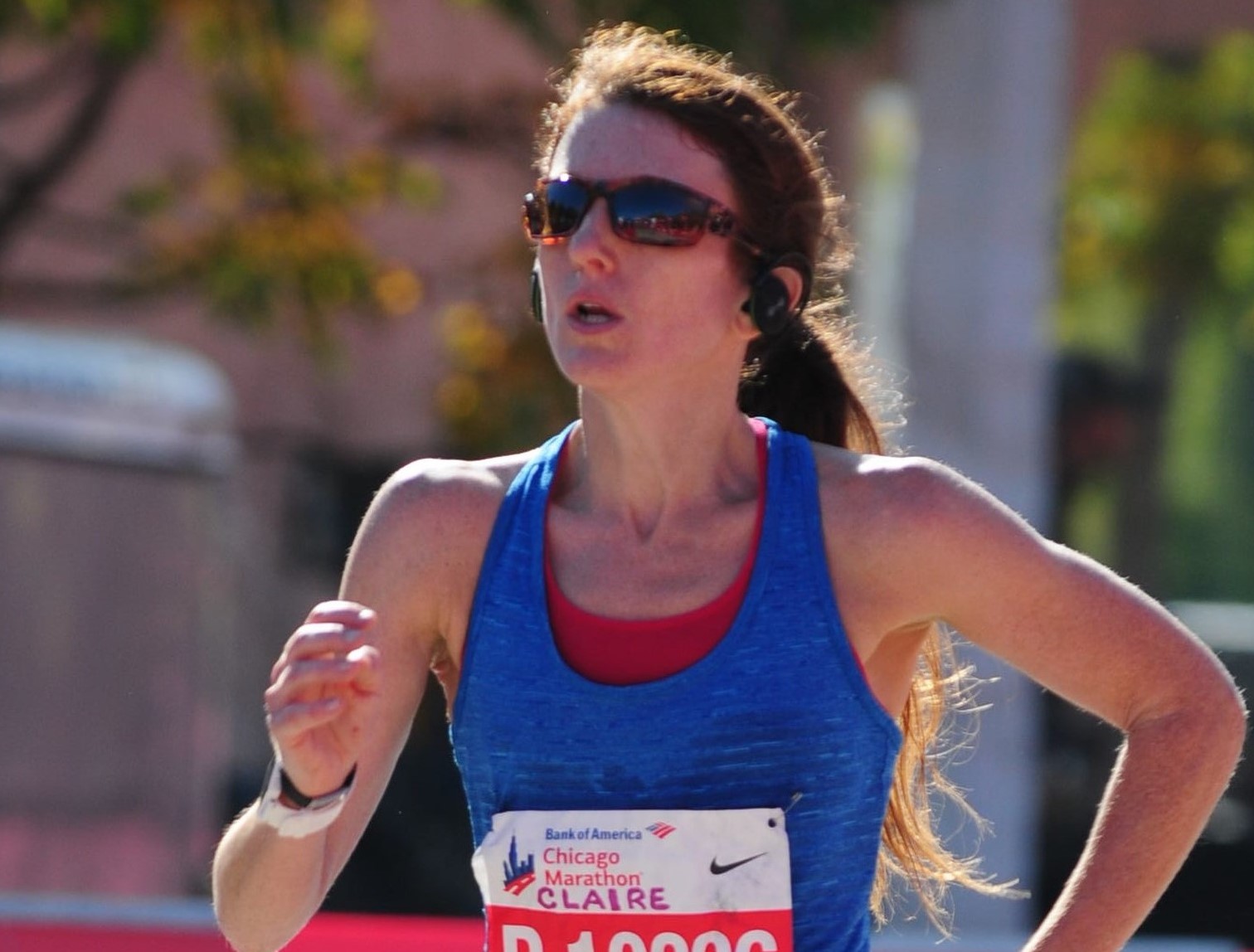 My 5K training plan calls for most of my easy runs to finish with four 20 second strides.  The idea behind strides is that you are not too fatigued from your easy run to run fast with good form.  It’s a dose of speed work on your light days that is short enough that you don’t need recovery like a true speed session yet it wakes up your fast-twitch muscle fibers on days when they are normally dozing off.

During marathon training, I had some easy days with strides and some without so I pretty much forgot about them by the time I was done with my run.  I was also a lot more tired in general from the heavier running workload than I am now, so I am itching to do a little extra these days.

So in the last mile of my run home, I focused on my form.  First, I thought about my ankles.  Maybe that seems like a strange place to start, but I find that when I concentrate on getting a full range of motion in my ankle by pointing my toe almost to an exaggerated degree right before I pull the leg forward, my entire leg flexes while in the air and acts like a tighter spring when it reaches the ground again.  If you watch videos of elite sprinters (or little kids), the back heel rises almost up to the glutes before the knee comes forward.  That would require too much energy from me to sustain very long, but I’ve read that the hang time gives the leg a split second of rest before it pounds down to the ground again.  I don’t attempt to butt kick when I run, but I do think about letting the heel rise a touch longer before I bring it forward.

Then I mentally move up to my knees.  Raising the knee too high spends a lot of energy, but some knee lift is essential for good speed.  The key for me is to think about driving the knee in a forward motion, rather than up and down.  All motion forward creates quickness so I also think about my knees moving straight and not inward as they tend to do when I’m tired.

At my hips, I think about my forward lean.  It’s true that you really need to run leaning from the ankles instead of the hips, basically using gravity as you fall forward, but my hips and glutes are where the power comes from.  So my hips are more like the fulcrum of a seesaw, with my straight leg and pointed toe trailing behind and my straight chest leaning forward over the opposite bent knee. If you’ve ever seen me run in person, you’ll notice that I’m not a natural forward-leaner.  Maybe it’s because I’m short that I’m used to standing up tall, with my shoulders back.  That works great to save energy in a marathon, but it’s not great for speed.  So I’m working on it. 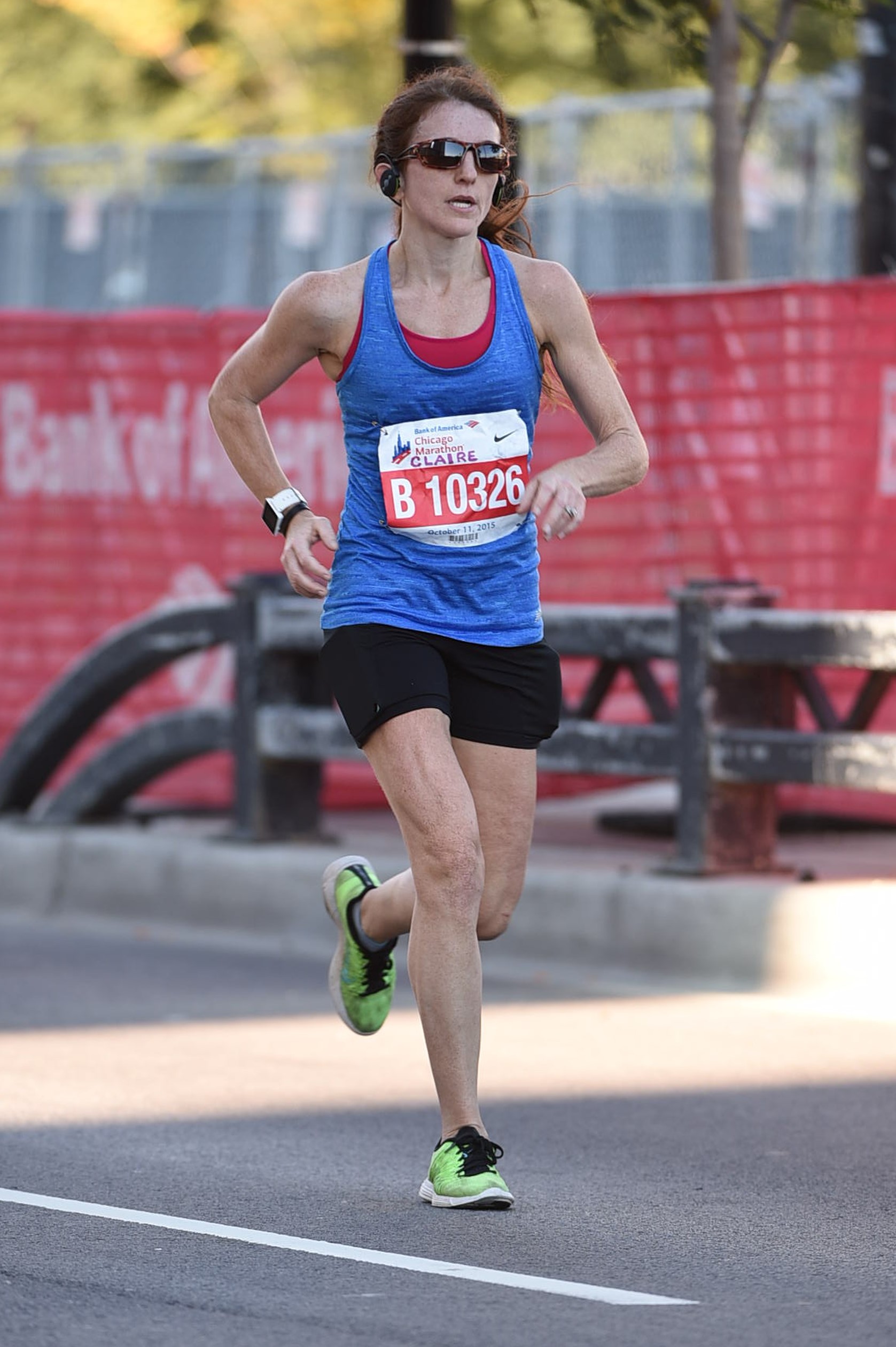 Once my easy run was done today, I stopped for a couple minutes to let my heart rate slow down. I made sure my watch was set to time my intervals and then hit the start.  The cool thing about strides this short is that you really don’t start breathing hard until halfway through and then in ten breaths, you’re done.  All of the form focus on the last mile really seemed to help today because I just felt fluid.  I missed hitting the button on the first one, so I don’t know how fast that one was, but my next three were 5:34/mile, 4:47/mile, 4:54/mile.  Obviously, there’s no way I could run those last two paces for a whole mile…or could I?