The Exercise Paradox: Why Running Won’t Make You Lose Weight 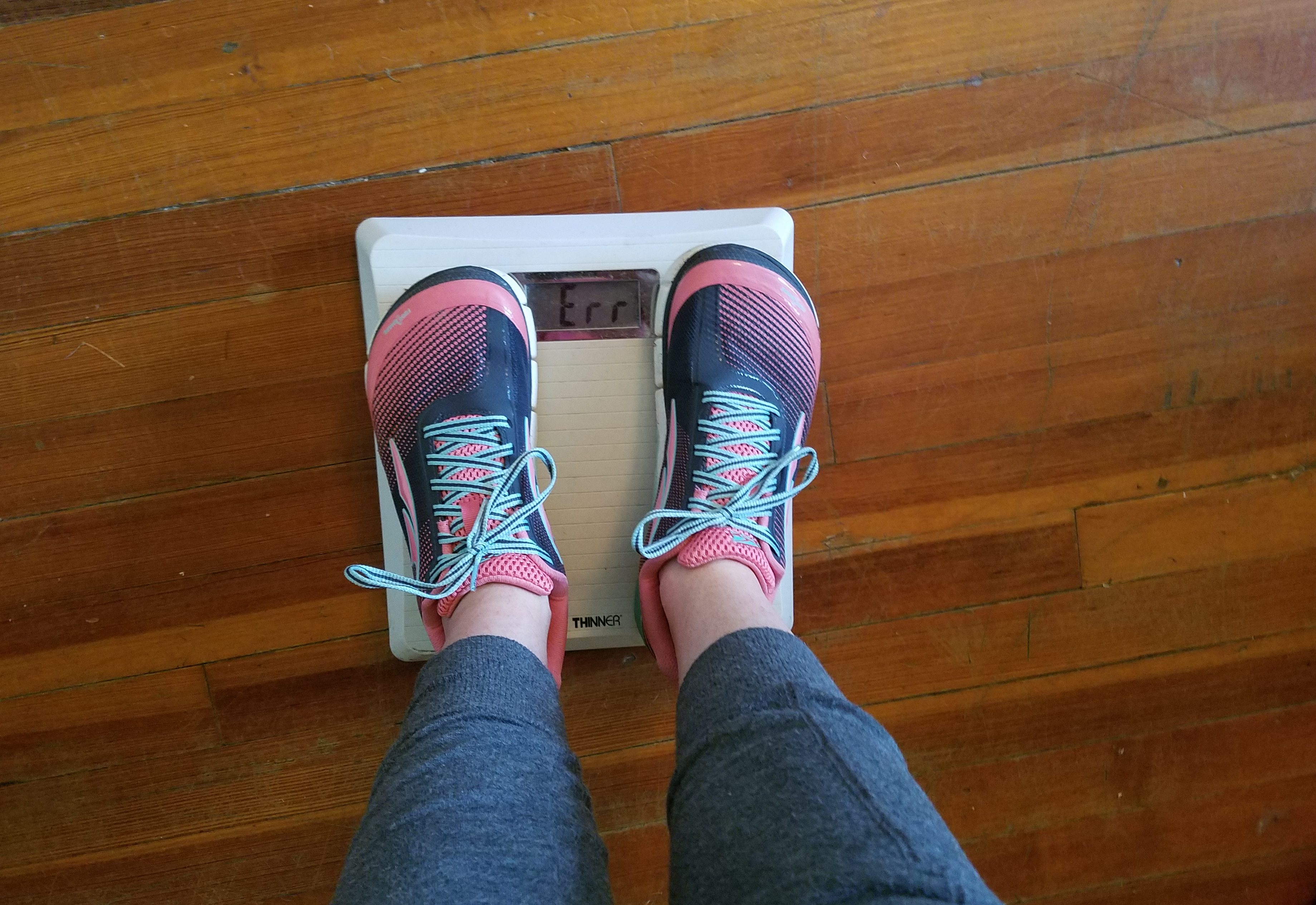 Great.  Another depressing study that tells me running isn’t doing what I think it’s doing.

Running burns a ton of calories, right?  So if you run just a little more, you’ll lose weight, right?

In the February 2017 issue of Scientific American, researchers glumly announced that it really doesn’t matter how much exercise you do.  Human metabolism is fixed and exercise is a poor tool for weight loss.

Let me say that again:  your metabolism is fixed and running more won’t make you lose more weight.

The scientists measured the calorie burn of the highly active hunter-gatherer Hadza tribe in rural Tanzania who hunt all day long in hopes of killing their food, only to discover that they burn roughly the same amount of calories as their sedentary Western counterparts.

Just reading that seems ridiculous.  How in the world can an active person burn the same amount of calories as a couch potato?

Well, moderately active people do burn more than those glued to the desk and the couch, but bumping your mileage up from moderate to high in the name of losing weight won’t provide the same returns it once did when you first started.

In a study of over 300 Westerners, the researchers discovered that “energy expenditure plateaued at higher activity levels: people with the most intensely active daily lives burned the same number of calories each day as those with moderately active lives. The same phenomenon keeping Hadza energy expenditure in line with that of other populations was evident among individuals in the study.”

Lovely.  I’m burning the same amount of calories sitting at my desk typing this as the Hadza woman gathering wild berries and digging tubers out of the hard ground with a stick.

Scientists aren’t exactly sure how it works, but they theorize that as your body becomes fitter and healthier, it spends less time “housekeeping,”  like rebuilding damaged cells or fighting inflammation.

In other words, your body becomes more efficient and will run on less.

But wait.  If you go out on a 20 mile run, the average person is burning about 2000 calories, depending on weight. Therefore, she should be able to eat 2000 additional calories worth of food to maintain her weight.  It’s a simple equation, isn’t it?

Ah, just like just about everything in the human body, it isn’t that simple.

What happens when the Hadza tribesmen don’t catch the giraffe after spending the entire day hunting?  That’s a big, expensive caloric gamble that they sometimes lose.  Why don’t they starve?

The answer is fat.  Even the leanest humans, like the Hadza, carry about twice as much fat as other primates.  We are built to store fat to feed our big brains when we don’t catch the giraffe.

This is not really news, of course.  Everyone’s heard the phrases “abs are made in the kitchen” and “you can’t outrun a bad diet.”  We all know it’s a lot easier to eat 100 calories of peanut butter in one swallow than it is to burn it off running a mile.

I know this is true first hand because I ran more miles than ever last year and still gained weight!

The fact that our metabolism is fixed is a little disheartening, but that doesn’t mean you shouldn’t run or even that you shouldn’t run a lot.  If my only reason to run were that it kept my weight in check, I’d run a whole lot less, but that’s only a small part of why I run at this point.

The way I’m choosing to look at this is that it means that nutrition matters more than how much you run.  Exercise is still essential, but the returns from a metabolic standpoint plateau and may even diminish as the miles pile up.

Eating whole, nutritious foods that satisfy without being too calorically dense is the key to fueling your body with exactly what it needs, without allowing it to store the excess as fat.

Forcing your body to work harder to get the nutrients out of your food could help a bit too.  That means salads instead of smoothies and nuts instead of nut butters.  The more chopping, blending, and processing that you do to your food outside of your body, the easier it is for your body digest and use (good things!) but also store as fat (bleh).

The fact is that our brains were developed to obsessively search for food and our bodies were designed to greedily hoard fat no matter what the caloric cost.

But the Scientific American piece did end on an upbeat note.  It mentioned another evolutionary development that is essential to human survival:  cooperation.

Other apes do not share food, but we do.  The Hadza men work together as a group to hunt the giraffe, but if they are not successful, they come back to their camp to share in the food that the women have gathered.

Because they share in the hunting, the gathering, and the food, they do not starve.

(Just not too much.)

Protein Is NOT a Food Group! The Truth About Protein for Runners

How to Fuel the Science-Based, Plant-Based Runner