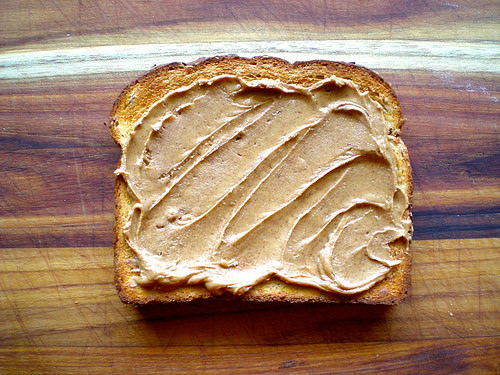 There are two types of people in this world: breakfast people and non-breakfast people.  I am definitely a breakfast person.  I typically wake up hungry and head to the kitchen in my pajamas.  The idea of running before breakfast is just horrifying.

Some people swear by the fasted run to help encourage fat-burning.  This is best done in the morning before breakfast so your muscles burn their stored glycogen quickly because you’ve been in a fasted state since the night before.

To me, this is the definition of misery.  Being hungry on a run is almost as bad as being too full.  In theory, the concept of being able to use your nearly unlimited fat stores as fuel more efficiently sounds good, but there’s not a whole lot of science that seems to back up that this will make you faster.

So I don’t do it. I always eat something before I head out the door.

I’ve experimented with a lot of breakfast options.  Oatmeal was an early staple, but it doesn’t stick with me long and during one of my first half marathons, my oatmeal didn’t settle very well, so I’ve been wary of it. (It was probably nerves, not breakfast, but still.)

Then I shifted to the classic peanut butter or almond butter on toast.  Two slices of whole grain bread, either store-bought or homemade, with or without jelly.  This is still often my breakfast, but sometimes I feel like I need to eat a little less bread and focus on more whole foods.

Then I listened to a podcast with elite runner Tina Muir and she mentioned that her breakfast was sweet potato with almond butter. 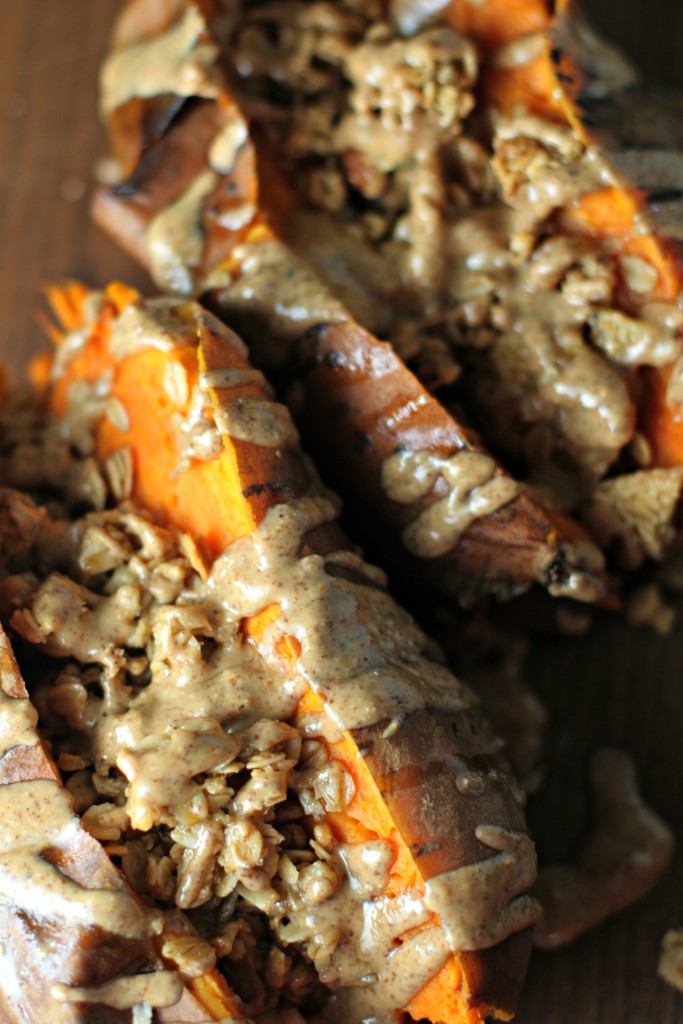 As weird as this sounds, it’s really delicious!  And really filling.  Almost too filling.  On runs where I had downed a sweet potato in less than an hour before, my gut felt like I was carrying a softball.  Not ideal.  I still like this breakfast, just not right before a run.

Next I came across a recipe for breakfast bars made with oats and flaxmeal and no flour.

I can’t ever make a recipe exactly the way it’s written, so of course I tweaked it a bit.  Sub PB Fit powder for the peanut butter in the bars (more protein, fewer calories), add some hemp seeds (nice dose of iron and healthy fats) and skip the peanut butter cooked on top (not worth it since it didn’t add much flavor).  I like to spread some almond butter on them or coat with a little chocolate.

This was a hit!  My pan makes 8 bars and I’ve found that one bar with a cup of coffee can fuel a ten-mile tempo with no hunger pains and no heavy feeling.  Each bar has about 255 calories (with peanut butter topping, not chocolate), 28 grams of carbs, 13 grams of fat, and 9.2 grams of protein.  A little bit of everything.

By no means am I saying that this is a substantial breakfast meant to last you until lunch, but I’ve found that it’s just enough to last through a run without weighing down my belly. It’s not overly sweet, but not too muffin-y either.  I also love that they are make-ahead and ready straight from the fridge.

The kids like them too (with chocolate, of course), so I’ll be looking for ways to make different versions.  Dried fruit, cinnamon, chopped apples…lots of possibilities!

What do you eat for breakfast?  What doesn’t work before a run?  Can you do a fasted run?