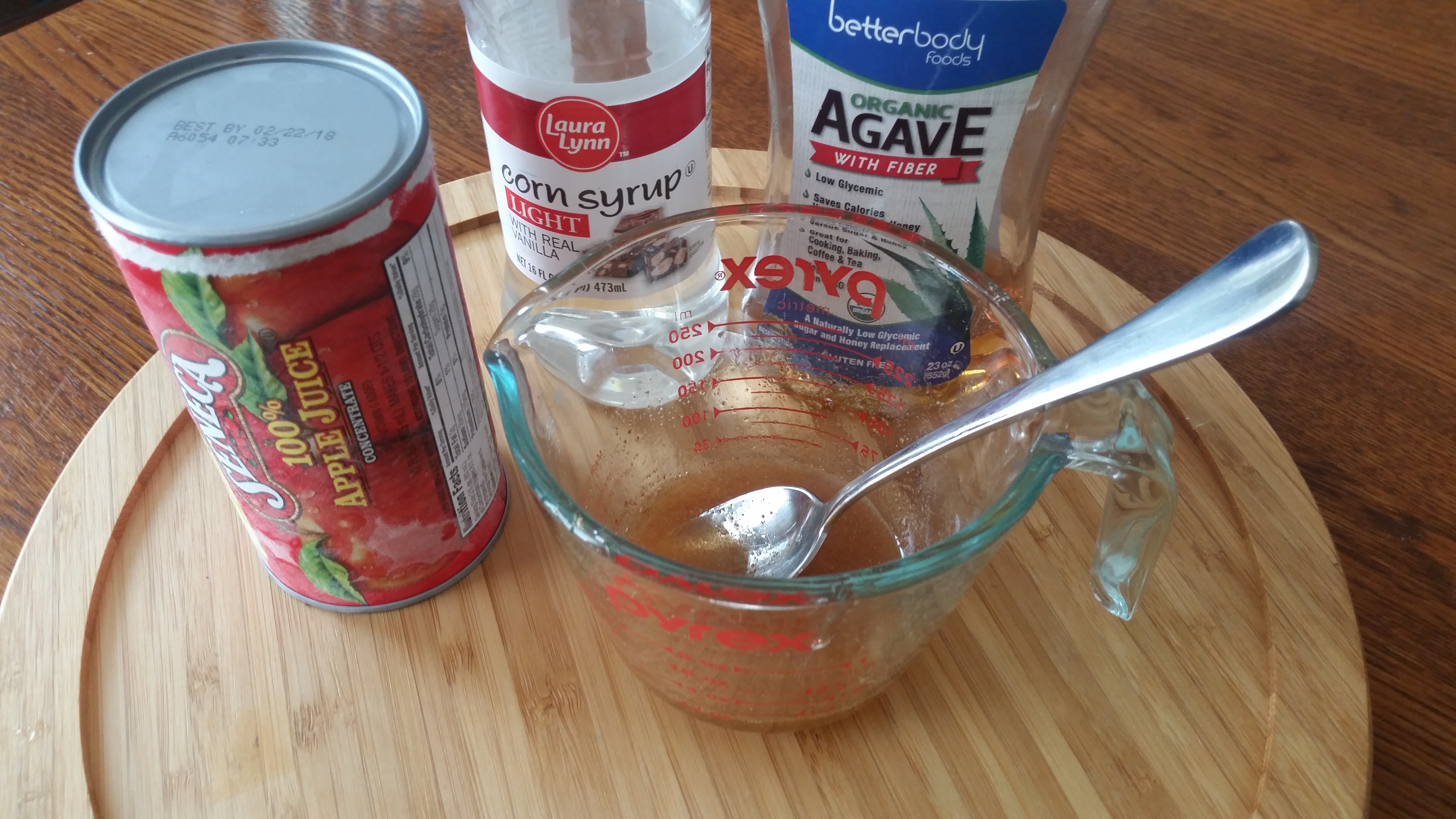 Last weekend was my son’s seventh birthday.  Instead of a cake, he wanted apple pie.  So I found a recipe for mason jar hand pies and went to work. 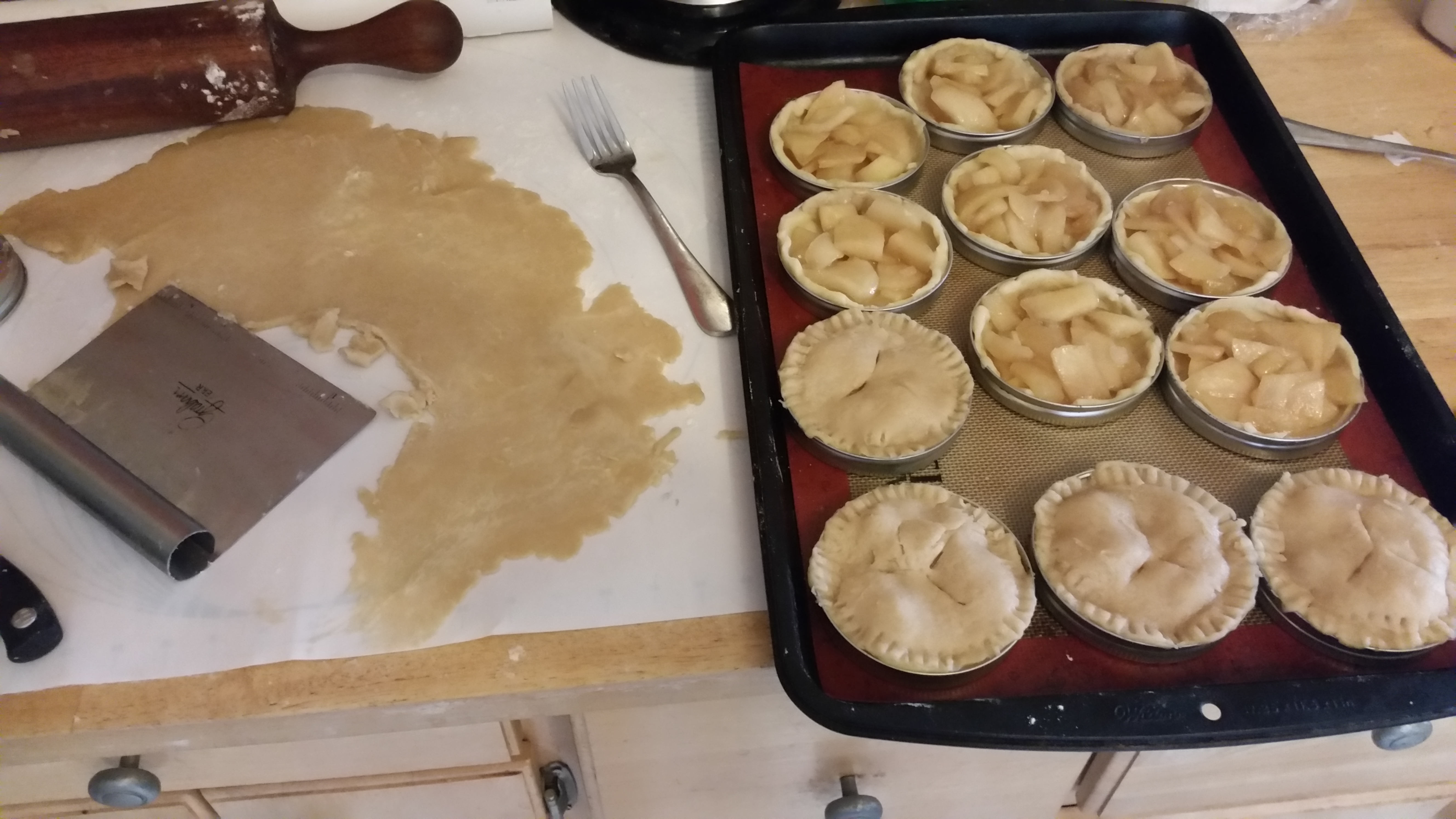 They turned out so cute and were so great for a party!  No plates or forks to deal with.  So yummy.  And with the leftovers, I crumbled a few into my homemade vanilla ice cream (coconut-milk based) and made apple pie ice cream. Dangerously good.

As I was making the apple pie filling, I thought, this would be so good as an endurance gel!  I couldn’t find anything online to use as a base recipe, so I made my own.  I think I have a new favorite!

Your body can only handle so much sugar during long distance running, but it has been shown that a 2:1 mix of glucose to fructose allows your body to absorb more than either source alone. Plain corn syrup (not high-fructose) is a cheap and easily available source.  Agave syrup is anywhere from 50-90% fructose (it’s hard to pin that number down since processing varies), so I like to use a mix of those syrups in my gels.  They both have a light texture that is easy to swallow on a run, rather than a thick, toothpasty feel that some commercial gels have.

Instead of chopping apples and boiling them down for syrup, I bought a can of frozen apple juice concentrate (55% fructose, 20% sucrose, 25% glucose) and it worked beautifully.  With the addition some salt for sodium and some cinnamon and ginger for flavor and potential anti-cramp powers, I had some seriously tasty fuel for pennies.  Because the apple juice concentrate has so much sugar, this gel has more calories than my usual recipe with the same volume, which I think is a good thing.  Less to carry! 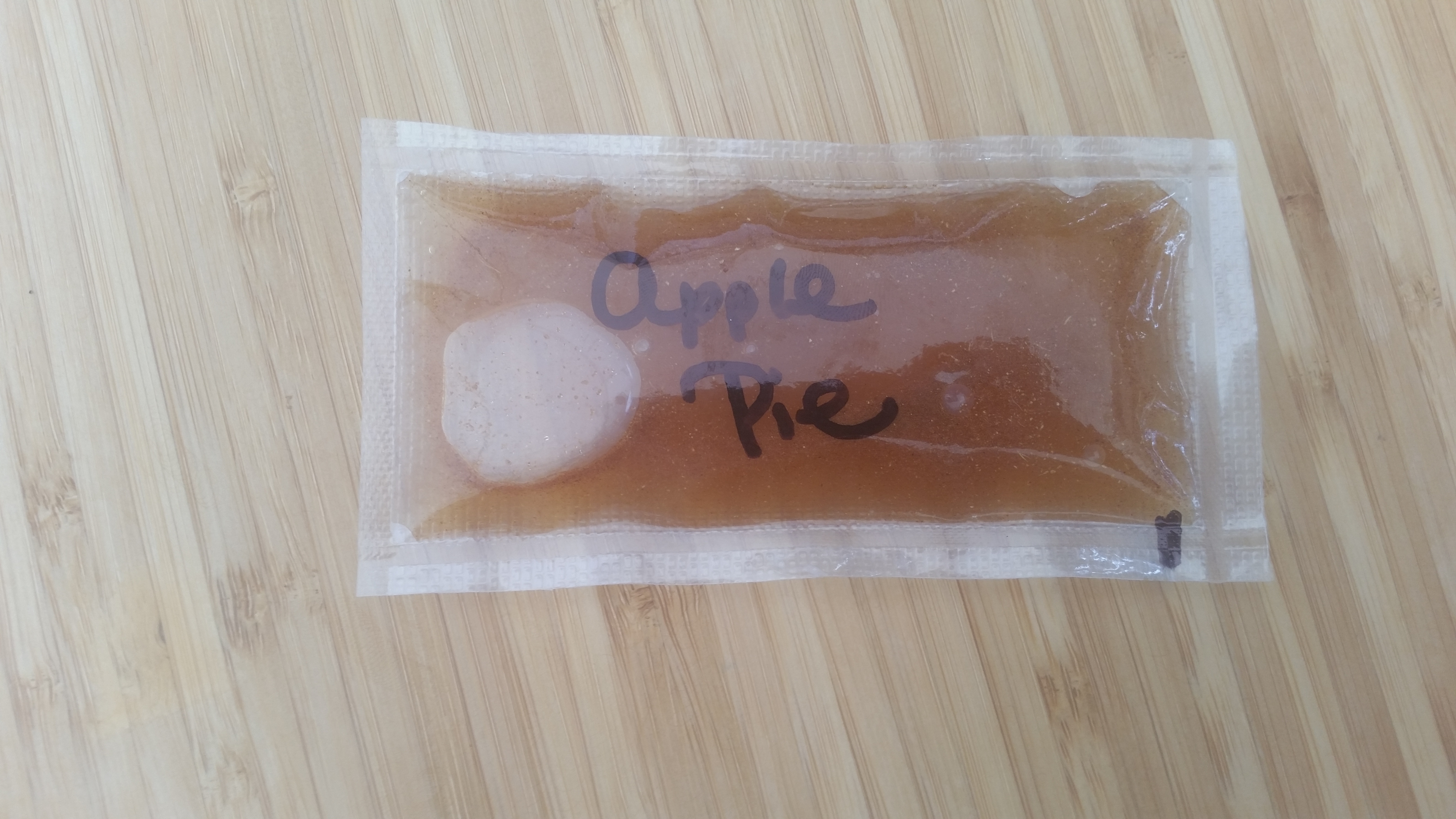 Each gel contains 147 calories, 34 carbohydrates, and 173mg of sodium.

Click Here For Full Nutrition, Exchanges, and My Plate Info