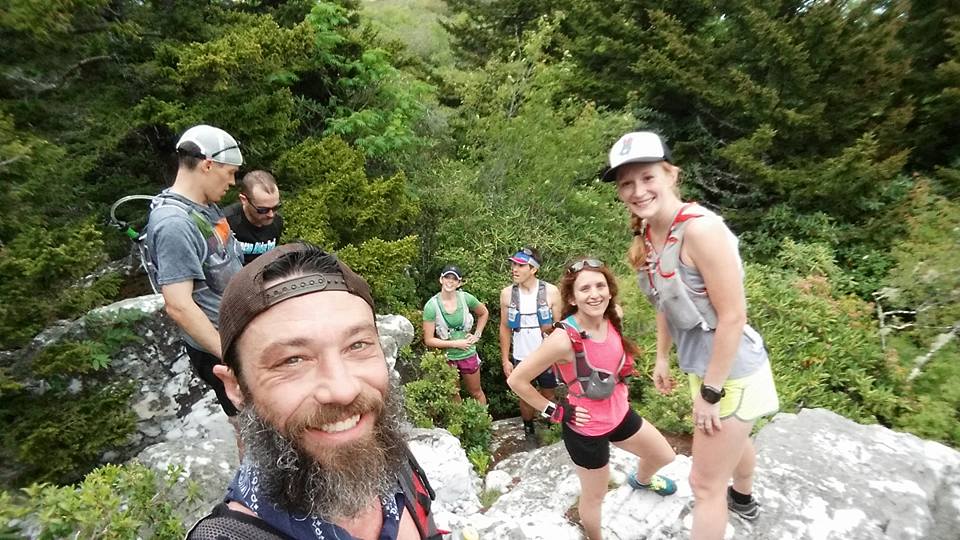 What’s Form Got to Do With It?

Inspired by my friend Chris’s conscious effort to improve his running form (that’s him with the beard), I thought I’d talk about my own.

It is not perfect (is anyone’s?), but it’s pretty good and I got some great feedback about it from my coach Jeff Gaudette.  I was actually blushing when he told me he was going to use my video as a good example!

Below is my slow-mo video, taken at ZAP Running Camp in August 2016.  I was running goal marathon pace of 6:50 per mile.

There is a lot of discussion in the running community about what proper form is, why it’s important (or not), and how to improve it.

The simplest way to describe good running form is relaxed forward motion.  Any side to side or diagonal motion as well as extra tension, simply waste energy.  But like running itself,  just because something is simple, does not mean it is easy.

Running puts a lot of force on your body with every foot strike.  If you overextend your leg in front of you, especially with a straight knee, the force will be much greater than if your foot hits the ground underneath your center of gravity with your knee bent to absorb the shock.

You know what else that landing on a straight leg sticking out in front of you does, besides setting you up for injury?  It acts like a brake, stealing your speed with every step.

If you look at my swing phase (that’s when the foot is in the air), my leg does extend in front of me, but by the time it lands, my torso has caught up to it and I land on the ball of my foot with a slight bended knee.

The only way to stop yourself from overstriding is to get your body out ahead of your legs.  To do that, you need to lean forward.  Just slightly.

Leaning forward sounds simple enough, right?  The problem with telling people to lean forward is that too many people drop their head and lean from their shoulders or their waist.  That causes all sorts of issues, the main one being that the lungs become compressed in that position, which is clearly not a good thing for breathing.

The lean should originate from the strongest and most powerful running muscles in the body, which surprisingly are not the legs.  The hips, glutes, and abs are the engine and the legs are merely the wheels.

There should be a straight line from your tailbone to the top of your head, gently angled forward, with your shoulders relaxed and down your back.

Another thing that helps my form is I have flexible hips.  You can see the hip extension when I push off each foot from the ground.  If you were to pause the video right as one foot is about to take off, you will see my back leg in a straight line behind my hips.  Good hip extension acts like a slingshot that propels you forward in a straight line.

Since I lean at the hips and not at the waist, I can take advantage of my full range of hip extension which creates a more powerful stride with less effort.

There is no such thing as perfect form and many elite runners have different postures when they run.  Some stand up taller than others and some land on their heels instead of their forefeet.  But what they all have in common is that they run relaxed, which makes them able to run faster with less energy.

I naturally have a strong arm swing, maybe too much.  It probably doesn’t help me move forward that much and uses a lot of energy.  I have to consciously think about keeping my arms relaxed.

Working on improving your form will help protect you from injury and ultimately make you a faster, more efficient runner.

And who doesn’t want that?!