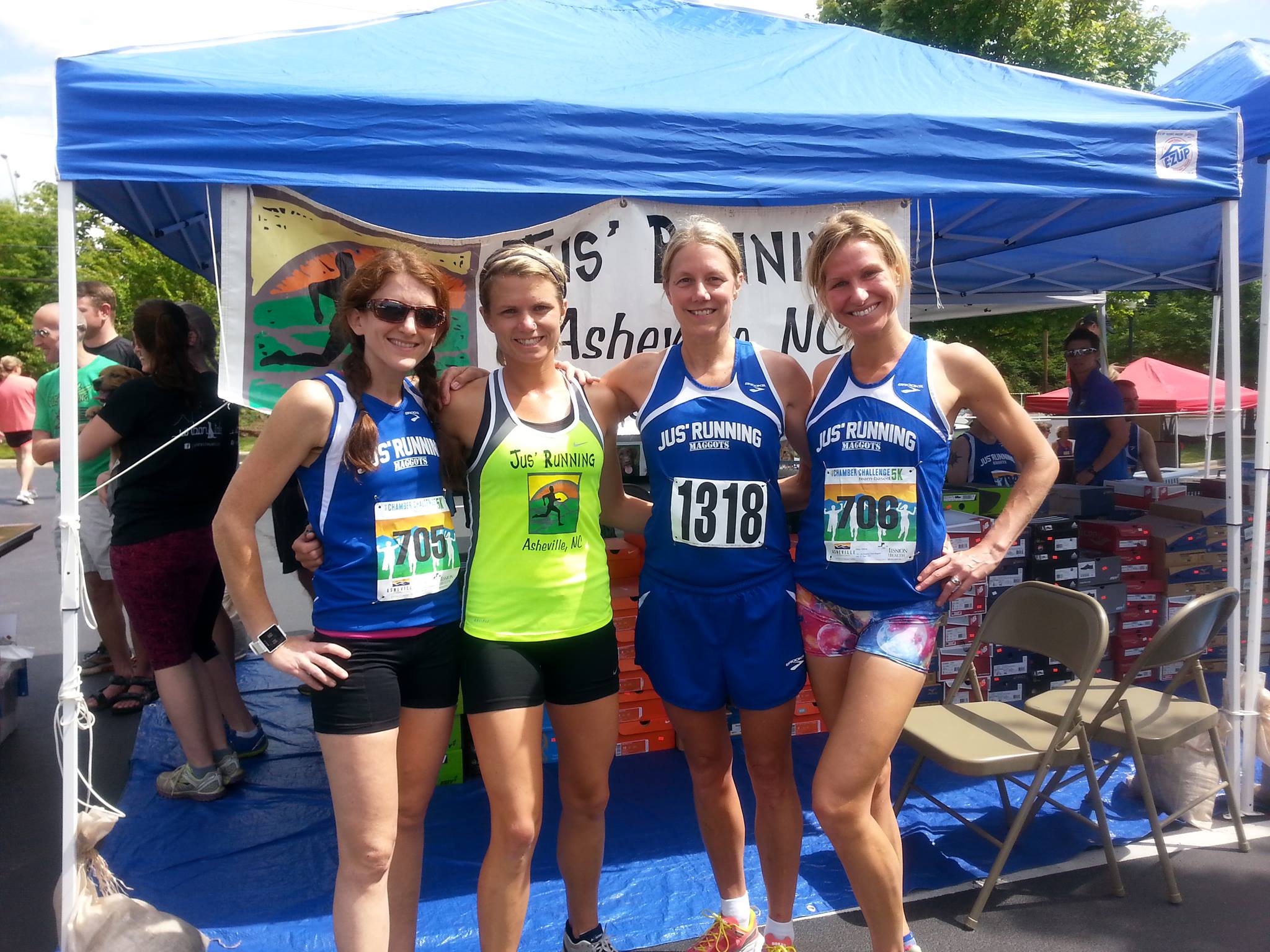 Becoming a Badass at the 5K

It’s been said that marathoning is the new mid-life crisis.  The marathon is awe-inspiring and one of those goals you set for yourself without really knowing if you can do it.  When non-runners hear people talking about running a marathon, they are either really  impressed or pretty much think you are insane.  The 5K, however,  holds no such glory. Tell people you are training for a 5K and they will probably politely nod and then talk about what they had for dinner last night.  Running a mere 3.1 miles just doesn’t sound all that impressive.  Almost anyone can run that.  Kids and old people and dads with strollers run those!  Heck, people walk those things and even pay to get blasted with colored cornstarch.  5Ks are really not for serious runners.

Except if you want to win.

I ran my first 5K a week after the Boston marathon last year (Recovery? What’s that?).  I realize that I have done the running thing a little out of order, but I wanted to go straight to the most prestigious event as soon as possible.  5Ks just aren’t impressive, remember?  My first training run ever was probably about a 5K (never mind that I was sore for a week afterwards), so racing one just didn’t occur to me as a good running goal.  I wanted to get fit and see how far I could go.  Getting faster was not on my radar yet.  But after my third marathon, I wanted to change things up and see what I could do at a shorter distance.  So I signed up for the 2015 Falafel 5K at the Jewish Community Center and set off on the hilly course to see what happened.  I finished in second place in just over 21 minutes.

I raced two more 5Ks last year, (even winning one of them!) each getting a little faster, but I have never officially broken 20 minutes.  I have done it in training, but never in a race.  Asheville is a hilly place and I have yet to race a flat or track 5K, so I’d like to see what my potential is.

A 5K plan differs from marathon training in that the weekly mileage is less (looking forward to that!), but the speed work is not terribly different than some of the workouts I have done in the past.  Mile repeats, 800s, 400s, cut-down tempos are all in the mix.  I also plan to keep up with weight training and plyometrics classes, perhaps even bumping up to three days a week.

The 5K is a different kind of pain than the marathon.  For most of a marathon, you are running at a “comfortably hard” pace until it gets really hard near the end.  During a 5K, it’s just hard the whole time, without being a complete sprint.  You start fast and just hang on for dear life.

While not many people outside the running world appreciate it, doing well at the distance that balances speed and distance is an accomplishment.  It will also give me a chance to focus on speed and focus on a new aspect of running.  It will be a literal change of pace.

And who knows?  Maybe I’ll ditch the marathon for shorter distances.  I’m giving myself the summer to find out.  Maybe the 5K will be my latest mid-life crisis.