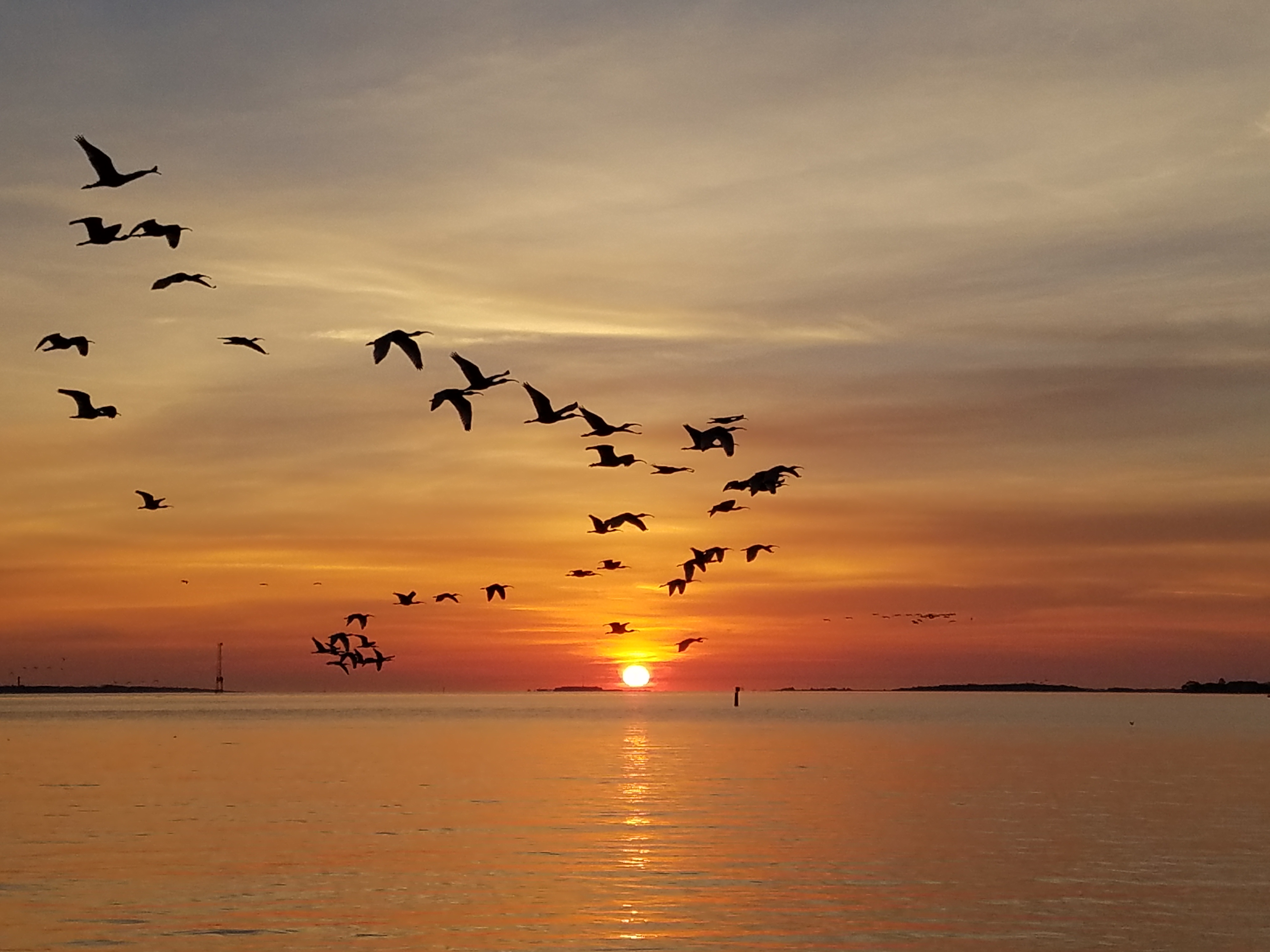 I feel so good about this one.

My goal for Charleston was to have a happy race.  I wanted to do well for myself but I did not want to get anywhere near the edge of everything I’ve got.  I needed a confidence builder and Charleston delivered.

The temperature at the start was a comfortable and sunny 53 degrees and would rise into the high 6os by the end of the race.  This is warmer than ideal by about 10-15 degrees for racing, but I didn’t mind it.

I woke up three hours before the race and had my usual breakfast of two slices of whole wheat toast with almond butter and jelly with a banana, a small cup of coffee, and about half the juice from a can of sliced beets.

Two hours before the race, I mixed 40 grams of cornstarch into the rest of the beet juice and quickly chugged that down (that’s a little rough on the tastebuds so the quicker, the better).  That would be the last liquid I would take before the race.  An hour before, I took one 40g caffeine mint. Then 45 minutes before the start, I ate two Nature’s Bakery fig bars.

For fuel during the race, I mixed 60 grams of cornstarch, 1/8 teaspoon of salt, and 1/8 teaspoon of Morton’s Lite salt in my 8 ounce fuel bottle with enough already-mixed True Lemon lemonade to fill the bottle.  This is almost double the starch of my original recipe, but the mix is still quite thin.

I had practiced this concentration in training, but never at the marathon distance, so I made up two bottles of fuel. The plan was to have my husband hand me the second bottle at mile 18.

I wanted to stay on or around a 3:05 finish pace, which translates to 7:03/mile or faster.  I wanted to run the first half conservatively to save energy for the second half, but not so slow that I would have to make up time.

The first mile is always too quick for me.  The full marathon runs with the half marathon, so there are a lot of fast runners in a big group.  This makes it more fun (at this point), but it is easy to get swept up with a faster pace.  I never completely trust GPS during the first mile, so when I saw the 6:38, I tried to reign it in.

I was feeling so fresh for these first miles, that it was hard not to think about whether I really could try to make 3 hours. But I let that go and tried to stay in the present moment.  We were running along Battery Park near the water and it was just gorgeous.

As we left downtown Charleston and headed north, the scenery changed from historic to industrial.  The half marathon turned away from the full just before mile 10 and the marathoners began an out-and-back.  I’m really happy with my pacing here.  I was feeling fine and my breathing was still easy.  I had started taking sips of my fuel at this point as well as grabbing a gulp of water every two miles at aid stations.

Just after mile 12, we ran out a pier on the water and turned around.  This was where I could see the women ahead of me for the first time.  Elite runner Esther Atkins (who was just on a training run) was well over a mile ahead of the next woman at this point.  I could see a woman in green ahead of me for a few miles and I was only about 50 yards behind her at the turn around.  I was in fifth place.

As we headed back to re-join the half runners, I thought I had a chance to pass the woman in green.  When I clicked off a 6:48 mile at mile 13 and still couldn’t catch her, I decided to let her go.  Then I saw the third place woman starting to walk.  I was in fourth.

At mile 14.5 the full course met back up with the half course.  We had just run 4 more miles than the half runners at that point so the road was full to the edges with slower runners.  I lost sight of my competition and tried my best to stay at the edge of the crowd.  At one point, I hopped up onto the sidewalk so I could have a clear path.

Then, just before a turn thick with runners, I saw a woman struggling at about my pace and I passed her easily.  It was the woman in second at the turn around.

I was now in third.

I knew I was starting to slow down a little, but I was still feeling okay.  Third place is really good in a marathon and I wasn’t ready to push any harder to go faster.  I just wanted to maintain.

But in order to maintain this late in the race, I needed to push harder.

At mile 17, a took another caffeine mint.  The minty taste felt refreshing and I hoped it would give me just a little boost of energy, bypassing my stomach.

I saw my husband at mile 18 and I tossed my fuel bottle before him and grabbed the new one.  I still had about 25% left in the first bottle, so I was pretty sure I wouldn’t need it, but you never know.

This part of the course is a series of loops that begin and end around Park Circle like petals on a flower.  Esther Akins was so far ahead that I saw her a couple of times at the beginning of a loop that she was already completing, but I never saw the second-place woman in green again.

My music stopped for whatever reason around mile 20 and my upbeat pop music was silenced.  Not the best timing.

The last 10K was clearly my weakest.  I knew that I had to exponentially increase my effort just to keep the same pace and I thought I was, but every time I looked at my watch, I was surprised at how slow I was.

At mile 22, a volunteer cheerfully shouted, “you’re almost there!”

“No, we’re not,” I muttered.  Don’t get me wrong, I truly appreciate everyone who volunteers at a race, but for the love of everything sacred, DO NOT say “you’re almost there” to anyone in a marathon until mile 26.  It’s just cruel.

Another mentally challenging part was that there were very few marathoners on the course at this point but there were a lot of 3-hour half marathoners walking and chatting and listening to music.  It was not nearly as crowded as it was earlier in the race, so passing was not a problem, but I didn’t have a pack to pace with.  My body was tired, but my brain was even more so.

This is when my sweet but negative Nancy voice in my head got loud.  She means well and just wants to protect me, but she does not care a thing about my racing goals.  You’re in third, she said kindly, just hang on and get there.  No need to speed up.

In training, I concentrate hard on my breathing patterns.  I know that when I’m working hard, I breathe in for two steps and out for one, so I told myself to forget my heavy legs and just get into hard-effort breathing.  I would speed up a little, but then involuntarily slow back down.

About a half mile from the finish, a pacer from the half marathon who had long finished shouted out that I was on 3:05 pace.  Instantly, I forgot about all the mental mind games telling me to slow down and I kicked as hard as I could.  There were several hard turns before the finish and I clipped each one as tight as I could, drove my legs forward and pumped my arms.

The last quarter mile was at 6:45 pace, proving that I still had plenty of energy left in my legs if my brain would just allow it.

The clock was ticking closer to 3:07 and I was determined to get under it.  With three seconds to spare, I did.

So while I’m not thrilled with the last 10K, I am very happy with how the race went overall.  Nutritionally, it was perfect and it’s great to know I only need one 8 ounce bottle.  I have never felt better physically during a race and I know that’s because I stayed within myself and didn’t go to the well.  It was still a hard effort, but I’m satisfied knowing that I still have more to give.

And to share the podium with an elite American marathoner whose PR is 2:32 was so much fun.  Sure, she beat me by 20 minutes and was practically jogging, but I don’t care!

Now it’s time to savor, rest, recover, and EAT!  Not sure how many days I will take off running just yet, but after such a long training cycle, I’m really looking forward to it.