When interviewed before starting the Western States 100 Mile Endurance Race last year, Kaci Lickteig was asked about the deep women’s field that she was facing.

“I’m competitive with myself,” she responded in the documentary Life in a Day.  “I love to have competition ’cause that brings out everybody’s best.  So having this enormous group of women to run with brings out a better Kaci.”

She went on to crush the race, finishing nearly an hour before the second place female.  Clearly on that day, Kaci’s best was way better than anyone else’s.

I love competition in the same way.  It’s not so much to prove who is faster than whom, because there’s always someone faster somewhere.

It’s about the hope that maybe, just maybe, today is your day.

It’s inspiring to race with faster people, feeling them pull out the best in you.  I run better when I have someone to chase and I run faster when I know someone is chasing me.

Otherwise, why race?  Instead of shelling out thirty bucks for a crappy t-shirt and yet another circle on a string, you could just run a 5K every day if you didn’t care about racing.

And some people do just that.

Other people don’t care about the competition aspect of racing and run for charity or just like the camaraderie of a group run with a party at the end.

But that’s not me.

I like to race to do my best and my best doesn’t come out alone on the track or running through the park.

It comes out when I try to run faster than someone else.

If you are faster than I am, I will try to catch you.  If you are having a bad day and I am having a good day, I will pass you.

If you are slower than I am, I expect that you will chase me.  If I am having a bad day and you are having a good day, you will pass me.

That is racing.  In any event, anywhere in the world, with any caliber athlete, that is what racing is about.

Unfortunately, my love for competition can come across in a negative way and I believe that has everything to do with my gender. 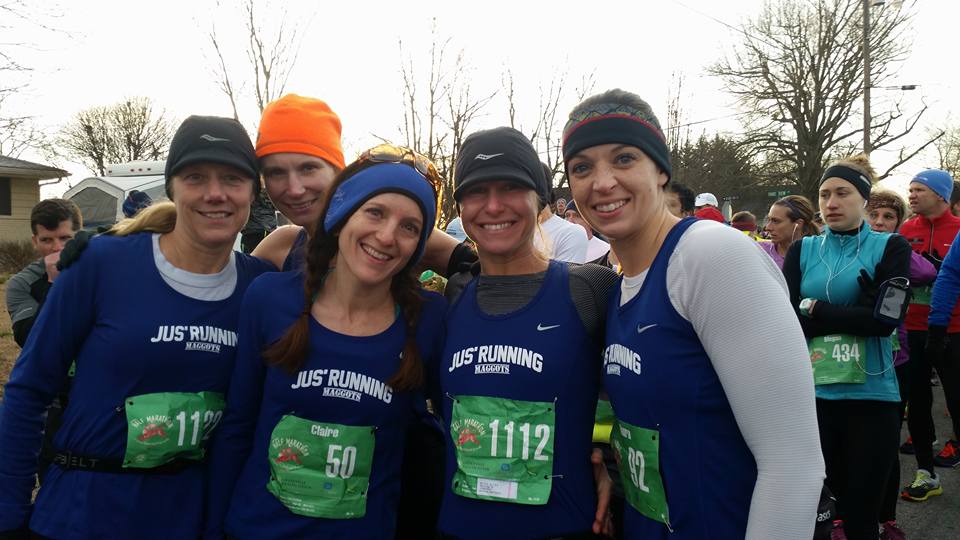 Most men have no problem with healthy competition and see winning as an essential part of the game. Of course a guy is going to try to win if he has a shot at it and he’s not generally going to feel too bad for the buddy he just beat who was off his game that day.

But women have been conditioned differently.

“Because women learn that they are not supposed to be competitive and win at others’ expense, their natural competitive spirit cannot be shared openly, happily, or even jokingly with other women,” says Dr. Lynn Margolies, a psychologist and former Harvard Medical School faculty and fellow.

“Women learn to feel guilty for feeling happy and successful,” she says, “and with their female friends who may not be having such luck, they may experience their own success as hurtful to their friend. This can make it uncomfortable for a woman to share and enjoy her accomplishments with her female friends.”

This, of course, is ridiculous.  And very real. 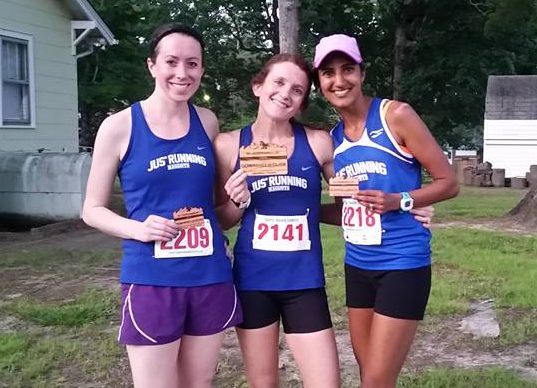 So how can we be competitive in a fun, healthy way without all the drama?

According to Dr. Margolies, we need to balance competition and compassion.

“A healthy balance of competition and compassion means allowing oneself to do well and embrace a positive feeling of empowerment and strength while at the same time caring about friends’ feelings and supporting them in their own growth,” Margolies offers.

Most women tend to be really good at supporting others and not as good at embracing their own accomplishments.

We deserve to enjoy our success!

The other option is to apologize for winning and belittle your accomplishment by saying, “well, all the fast girls were somewhere else today,” or, “the only reason I beat her was because she had a bad day.” Sadly, we women do this kind of thing all the time, knocking ourselves down because it feels more appropriate to show modesty instead of genuine, natural pride at a job well done.

Not to mention that when we downplay our success, we inadvertently insult everyone that comes behind us. I would rather come in dead last in a race where my competition brought out my best, even if it wasn’t good enough.  Racing with women faster than I am is tough and thrilling and inspiring and makes me want to try even harder.  And the last thing I would want the women who beat me to say would be, “the fast girls were somewhere else today.”

Obviously, I’m not even remotely in the same league as one of the best ultra runners on the planet, but in so many ways all runners go through the same things, no matter what level.  Whether it’s a local 5K organized by the middle school PTO or one of the most grueling and elite 100 mile races, competition makes it more rewarding.

And competition with compassion, for both our competitors and ourselves, is the best kind of all.