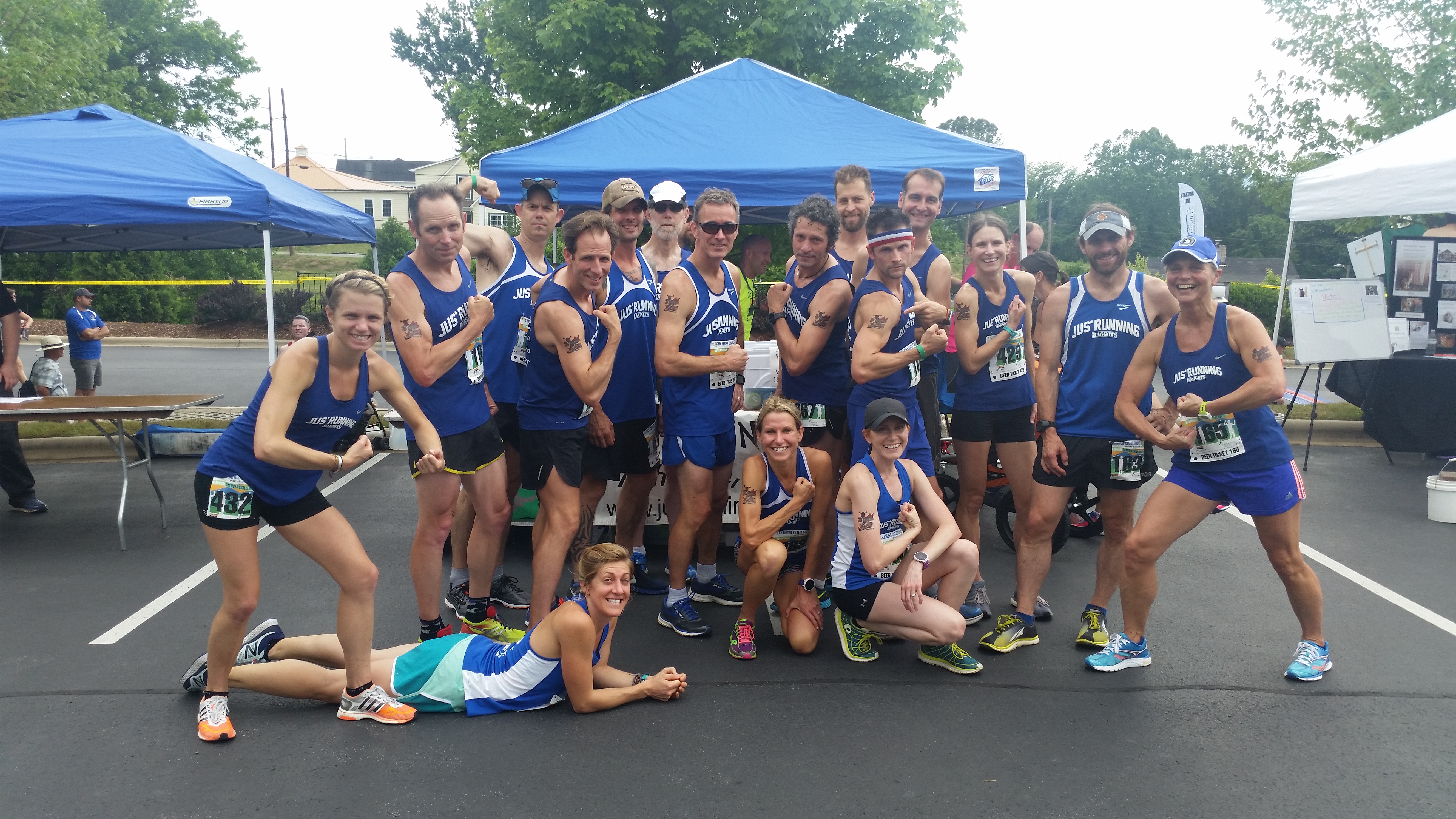 Sometimes it’s more fun to be a spectator than race.  The Jus’ Running Racing team had four teams of four racing today and with my 5K race tomorrow, I decided to bring the kids and cheer the group on instead.   There was no relief for the runners from the traditional heat and humidity that always seems to accompany this hilly 4pm race, so I was pretty happy to be in the shade for this one.  So were the kids! 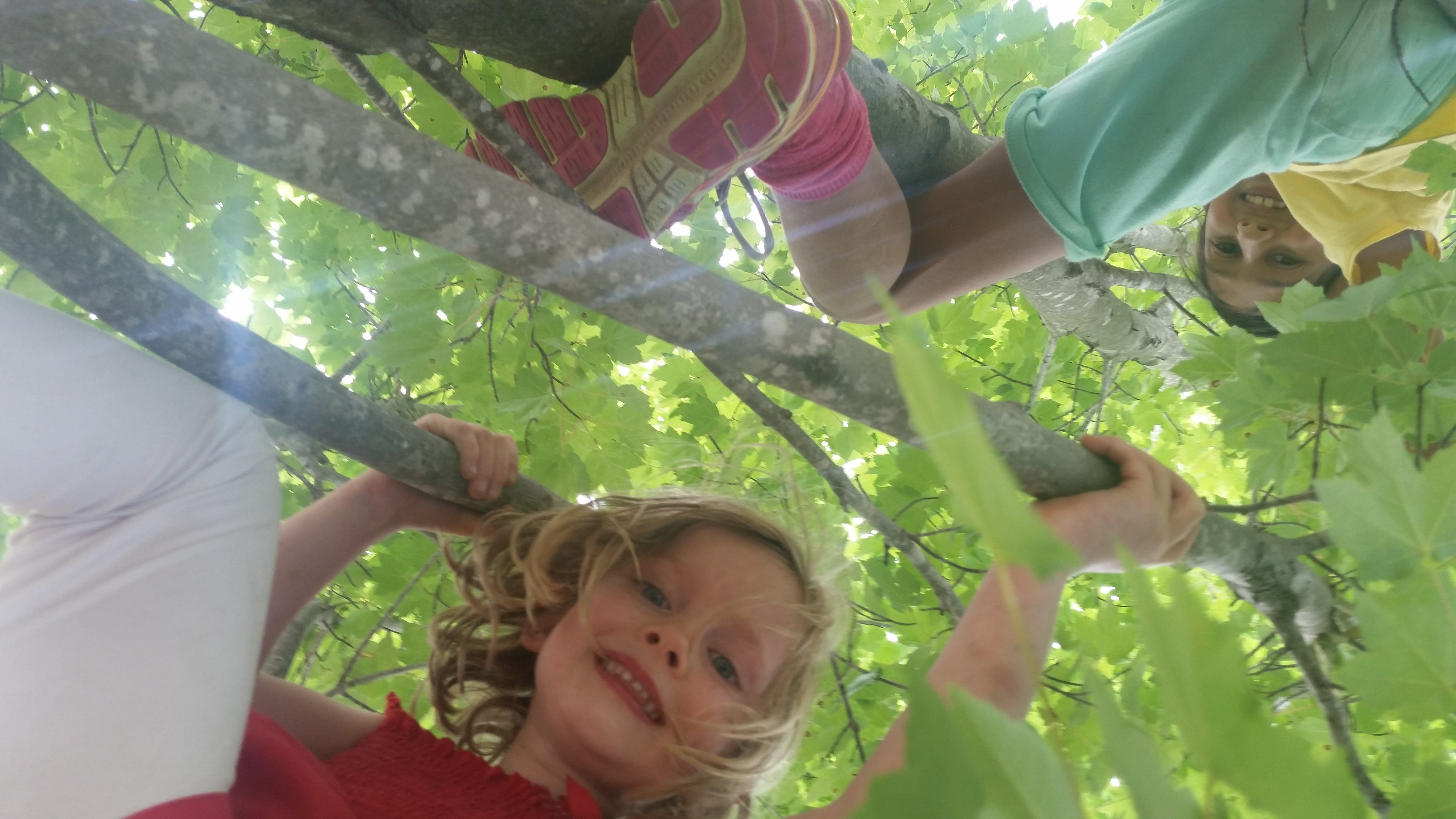 It was a bit of a wacky start.  Most people I talked to thought the race started at 4pm, but no one was even at the starting line at 4.  Then someone said, “the race starts at 4:20, typical Asheville!”  About 10 after four, the racers headed to the starting line, doing a few stretches and strides.  At 4:15 without any warning, a horn went off from the above parking lot and nobody moved.  The runners looked at each other in confusion and assumed it was a false alarm.  Then about 30 seconds later, the race official at the start line yelled “GO!” and the bewildered runners started running, most starting their watches about 25 yards in.  Very strange.

Blurry shot of the confusing start

Despite the craziness, Maggot Blue dominated the top spots with legendary Jay Curwen taking the W for the men and superstar Kate Schwartz easily winning the women’s race and coming in third overall. 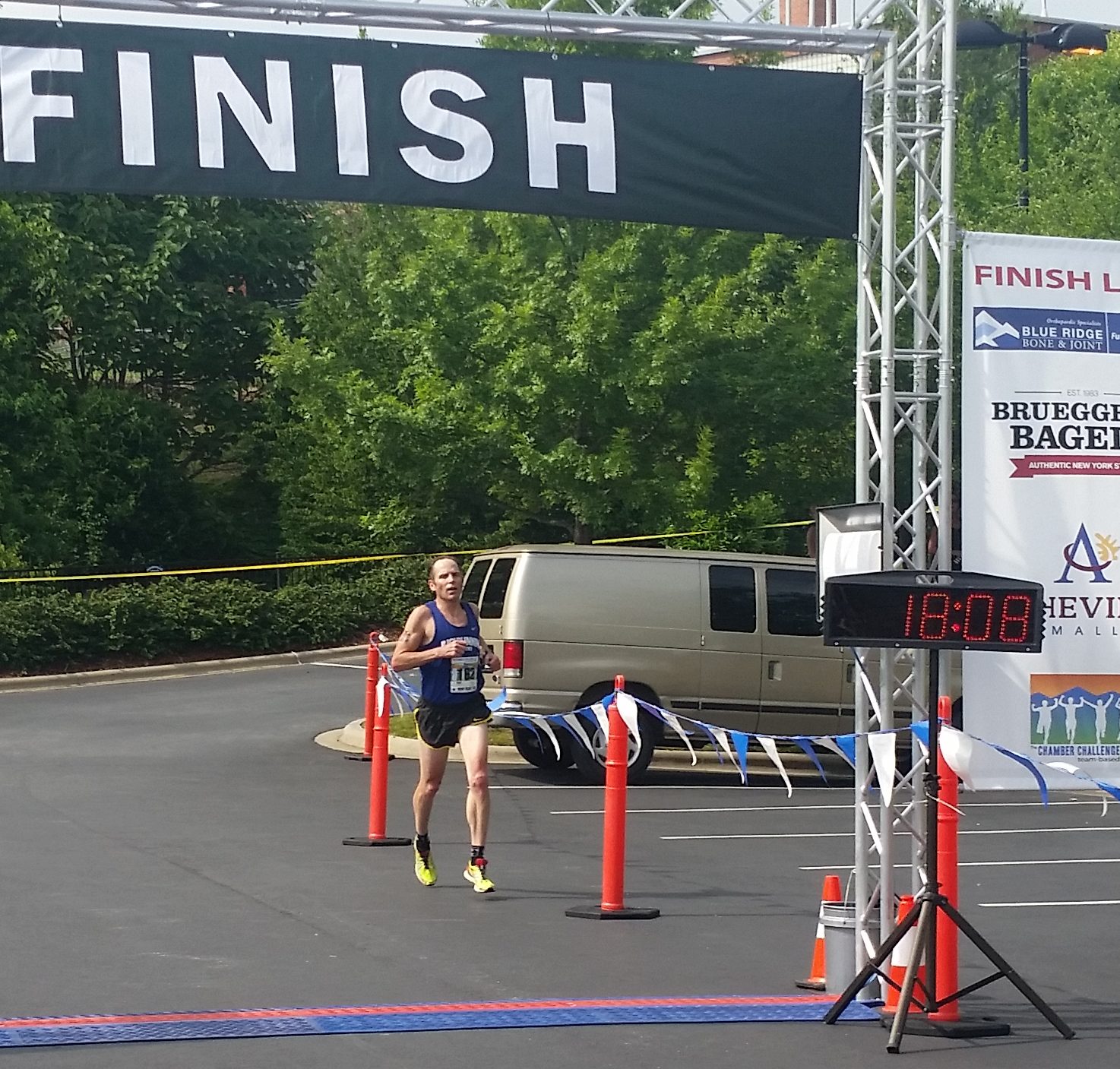 The clock was off by 20-30 seconds since the start was a confusing mess. Jay for the win! 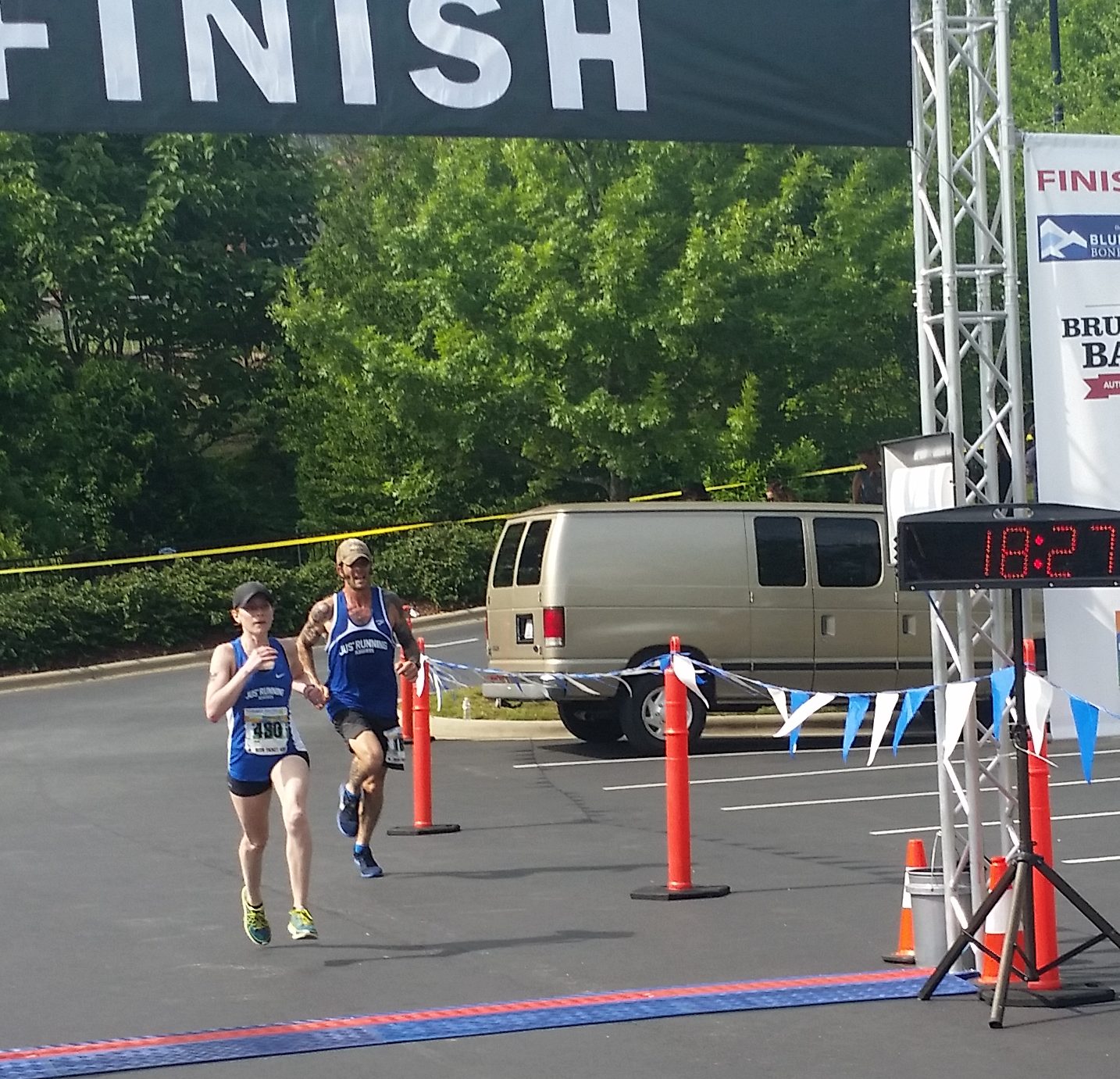 Kate edging out Mikey Riley for third overall and the W for the women!

The rest of the team did phenomenally as well, crushing the top of the leader boards in multiple categories.  It was great to cheer on these amazing runners and friends and show my kids what being a part of a team is all about.  Yes, even though I said I’m happy I didn’t run, I still felt a little twinge of wanting to be out there.  But part of being on a team is being on the other side of the finish line at times.  I’m so proud of everyone who raced those hot and muggy hills today (and I’m glad it wasn’t me!).